Who doesn’t grin with amusement at the encounter with a really inventive prank? On second thoughts there might be a whole world of people who doesn’t but that does not make those who bear the ability to find for themselves laughs galore in even a slightly smile inducing synopsis of what is usually intended to be a harmless practical joke. But considering just how proclive the human identity is in taking offense at just about everything even mildly smelling of the fishes or the rats, it isn’t anything not natural for us to decipher made-up malice embedded in this circumambulation of the supposedly humorous which makes pranking itself more likely to fall in the trap of being pranked instead.

Examined in such context of the misinterpretation that pranks are more than likely to fall victim to, it wouldn’t be particularly wise perhaps to reason that pulling off a prank can be somewhat of a stunt indeed that comes with a whole compilation of risks. That though is just a part of the picture for indeed in all that we have known to be the way in which the universe acts and conspires to react, the disbenefits always finds a way to get rid of its prefix. And while the case herein considered might be one of the opposite, with the benefits acquiring unfairly the unwanted ‘dis’tinction, the universality stands still with the practical playing out of pranks possessing also that definite dimension in desirability.

To dwell at length on the benefits of pranking might not sound like a very sensical worth to explore. With humour, lightheartedness, goofiness or however one chooses to word it at the center of this caveat in some offending, this indeed is yet another of the many ploys pledging to the laughter is the best medicine belief in working. But eliciting a few laughs or inducing even a whole vibrating roll of it isn’t the only benefit that pranking leads to in all evident projection of power. The enumerating of the many ways in which pranks can prove to be a worthy enough exertion of ingenuity or even a furthering of some classic tropes in playful messing around tends to be a more diverse span in discovering with delight the multifaceted assertion of its practicality.

Needless to say, pranks are one of the most fun ways in enjoyment. Think those family gatherings and cousin get togethers and friends reunions and one would inevitable be recounting some specific trick that stood out in its uber high quotient of entertainment. Without such pulling of the legs and pulling off tricks, catching and meeting up with peers and sibs and anyone and everyone would be less memorable affairs not in the emotions of it of course but at least in the reminiscing upon its expanse. Because events and occasions tend to be so deeply embedded in memory especially when there is a certain something conjuring definite visions of it is why it helps to have a particular such mischief happening in person as a keepsake also in remembrance.

With fun as the entailing out of this non serious take upon a humongous humor, one would be well off knowing that pranking yields a power that takes into its hearty embrace all such positives of what one would be desirous forever in partaking of the laughter potion. Whether that be the temporary driving away of stress and tension or a momentary escape from the uneasy clutches of anxiety, pranks have been a means in unwinding and relaxing in surprisingly efficient effect. And who could ever brush off the exuberant essence that a good dose of humor injected high endows upon one?

Pranks also stem as a source of surprise and while the distinction of it might not always be one dwelling along the lines of pleasantness, the surprising element still manages to find its own way in taking the pranked aback. That itself makes for a quotient in curiosity and in granting a break from the ordinary account in mundanity, pranks tend to emerge as even more fun a something in even diverse dimensions of it.

And yet it isn’t just fun and games that pranks dwell on as their premise of playing that is what makes them essential elements of daily lives though not occurring in that frequency of what would be a billion bits too much for sure. The very engaging experience in bringing to effect this hard earned streak of the laughs also peculiarly expresses as a factor over which bonds might be forged and ties strengthened. In lending oneselves completely to that endeavor in pranking, even when there is no any evident strain of what would occur as needed, the prankster and the pranked alike come to harbour between them a moment or experience or custom even special to each in a very personal awareness.

Validating almost of the relationship that they share, by relaying that feel of specialness and importance in such liberties taken of stirring the hornet’s nest in possible offence, the whole process of pranking makes for a unique realisation in coming across as an effort worth taken in all that trouble of detailed planning and minute execution revealing thus as a deeper connection in mutual fostering. Pranking thus can even be an indication in the status that one shares in the context of their relationship with the prankster for indeed not everyone you know would want to go to such lengths in bother even if to just poke some fun.

Considered in such context and scenario of playing a prank or pulling off one and these jokes taken into in all physical acting out of them harbours an essence that goes way beyond the common regarding of it. By playing upon the gullible awareness of the human existence and impacting thus rather profoundly the being of us, pranking presents as an unexpected aid in the development of an individual and in such measures that do not just confine to one rationale in consideration.

Whether in them being rituals in acceptance entailing to the bond fostered thus or serving instead lessons as well in an area as stirring as the concept in self realisation, pranks can throw up surprises galore in what they turn out to be beyond their physicality. For something so rooted in some harmless fun to deliver sermons in life realisation in ways not very unsettling but consequential still might be too grand an idea in seeming. But it isn’t without any basis that pranks have been lauded in such unexpected capacity of them in setting standards for life itself to aspire for.

Even in its simple ideals of deriving humor from such situations not exactly favoring of them as well as in being avenues in release of pent up frustration or in simply ushering in some hearty vibes, pranking presents itself as a proposition in much substance. From establishing relationships to strengthening them, in forming the basis of trustworthiness as well as in fostering the intimacy inherent in shared experiences, those silly seeming and mindless but never ever dull pranks can be some of the most amazing tools in imparting experience of real life living.

This revealing of pranking in a stature so very stimulating of the essence that life resides in makes for a characteristic of such substance that is compelling in its bringing to realisation the greater meaning imbibed perhaps in every single thing that we carry out in life without any particular heed to their reason of being. But turns out that outside this exponential relevance in profoundness, pranking resonates in equally insightful but not as weighty assertion of the brain.

As anyone who has ever made the effort in successfully deploying a prank all through the length and duration of it, exerting all their grey matter in careful consideration of just the right amount of laugh afforded at the expense of others, risking also their own prospect in image as well in testing the strength of the bond and also the ingenuity of their own minds, the whole process of pranking is one elaborately planned ‘mission’ that demands quite a lot in creative investment than what would be deemed necessary by those never managing to pull off one themselves. And thus unfurls another gigantic jargon in which pranks find their own mode of expression and explanation such that creativity and inventiveness and wit and humor emerges as the attributes of desired connotations this time.

Also employing a critical sense of judgement whether that be of the timing in humor or the opportunity of its delivery as well as in gauging the prevailing disposition of the victim’s state of existence to ensure as far as possible that the prank does not backfire instead calls for tremendous exercise of the mental faculties. That is a skill to further indeed in much practical considerations of what life calls for making this playing of a practical prank a peculiarly pervasive proposition across the entirety of the length and extent of what we live all through as something sad indeed in its reputation as a joke but only till the time we struggle to decipher the real humor of it. 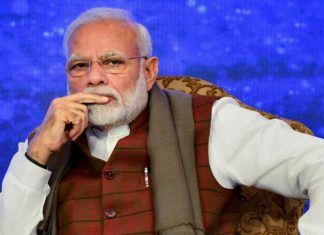 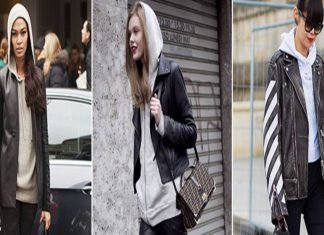