Britain royal family has always been at the centre stage of the world’s attention. Even without the added glamour fostered by the recent royal wedding phenomena, England’s royal lineage and family incites interest in media circles worldwide. Queen Elizabeth at the helm of royal matters has always been a symbol of official protocol and regal dictum. But even then, affection does not escape basic human nature. So it’s only natural that the most influential royal lady in the world has quite a number of terms of endearment and affection. Check out the showerings of love on the royal icon that is Queen Elizabeth.

It’s obvious that for a couple who has been married for half a century plus a score more, endearment would be hyper cute. So you have Prince Philip call out to his wife as ‘Cabbage’! If that doesn’t sound sweet to your ears, I don’t know what will! Leave behind the logic, though.

Prince George has adorable stuff piled up on him. His chubby cheeks had kept us on loop of cuteness, and the young royalite has an even cuter term of endearment for granny dear. That’s Gan! And no, it’s not so much out of choice as out of compulsion. Poor George is not yet in the age when he can get it right.

Like father, like son. George’s ‘Gan’ spells from daddy William’s ‘Gary’ that he used to call the Queen when he was still a child. Affection sure runs in the family!

Elizabeth would be a tough call for a child anyway. So much so that the future queen would stick to ‘Lilibet’ over the tongue twister that her name is. Self love, you see!

Princess Diana used to address the Queen as ‘Mama’ and recently turned member of the royal family Meghan Markle also seems to follow her mother- in- law’s wordings. So ‘Mama’ still sticks around with Queen Elizabeth.

Prince Charles’s nickname for his mommy wasn’t a nickname though. ‘Mummy’ is just how you are supposed to address your mother, right? But given that we commoners generally don’t have the chance to hear anything about the Queen without the association of ‘Her Majesty’ or other royal patronage like that, we would like to think even of Mummy as a ‘nickname’. Well, as a term of endearment, mothers always are love!

A young Elizabeth’s uncle Edward found out that his niece bore somewhat of a resemblance to US child star Shirley Temple. That isn’t a nickname, you would argue. We agree. But it’s still something different from the ‘Queen’ that we are so used to hearing. So much so, that for the world, it’s virtually a nickname!

You may also like to read: 7 Royal Families Around the World that are Pure Class! 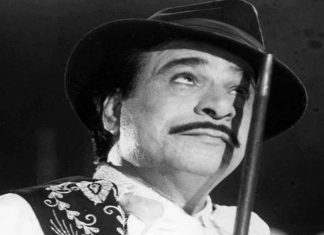