While the world is inherited by all those who are born into it, not everyone of us have the conviction that we can do justice to our place on this planet. Be it trying to appease others or not coming off as haughty, very often we find ourselves in this weird mess of speaking our minds a bit too much- perhaps more than what we had intended to.

Because we don’t live for others and also because others would not probably be so concerned about someone outside of themselves, just like we ourselves are not, it’s worthless to ponder over explaining your actions, decisions and judgements to others. True, they might have your best interest at heart in which case it is kinda acceptable if you go about explaining yourself to them. But in all other cases whatsoever, for all other reasons that largely concern your own and no one else, you would indeed be better off if you stop explaining yourself.

So why are we saying that you should never explain yourself to anyone, when all it does is validates and justifies you? To decipher the greater good in this negativity, let’s understand first why we feel the urge to continuously explain ourselves.

Why all those reasons and assertions?

It’s the in- built nature of the human psyche to seek comfort in the folds of acceptance. Naturally then, when we embark on some decision that means a whole lot to us, we need additional positive feedback to reiterate our happiness. This is where the need to explain ourselves starts taking a strong hold over us.

When others doesn’t seem too convinced of our decision, we consider it somewhat necessary to go on justifying our choices, in whatever way we can. This in fact can be explained as an attempt at not letting others dent our ego by making us doubt ourselves. But the ensuing repercussions of what follows turns out to be as contradictory as ever.

Instead of asserting ourselves as we had intended to, we end up doubting our decisions. Because we fail to get hold of the appreciation that we had so desired, we tend to think ourself incapable of making a really good choice.

Sometimes however, the reasons aren’t so self centric. As mostly compassionate beings, we wouldn’t want to hurt others to extremes. More often than not, we end up being just a bit too considerate and blurt out things, sometimes in their defence, that might in fact put us later in a fix.

Validation and consideration apart, sometimes it’s also the desire to avoid conflicts with others that lead us to explain ourselves to the extent to which we become a tad bit clearer than usual.

But however logical and ‘necessary’ you might think it to explain yourselves, the catch remains the same. Either you end up being overly conscious of everything or else you just spiral into self doubt more and more. It doesn’t do you any god, it doesn’t do the world around you any better and for sure it does not make your life any better.

Just end it here and now, and stop explaining yourself

So when something doesn’t matter as much as a dime in this world it’s worthless to concentrate your mind and energy into pursuits that hold virtually no significance. And the first step to overcoming this tendency to explain oneself is to be a bit more sure about what you are doing.

Because most of the time we don’t consider our decisions to be self- explanatory. A lingering sense of self doubt prods us on to be constantly armed with explanations to ward off any negativity that might be hurled our way. Once we develop the confidence to stand by our own, such opinions naturally stop being relevant.

Also, explaining oneself develops more to be a habit, inculcated over time and intensified through the years. So if you want to not be too self explanatory, you probably have to make efforts to lose it, one indecision at a time.

At times however, this urge to be overly explaining of oneself has more to do with becoming a victim of anxiety issues. In seeking acceptance of what they consider socially prohibitive, they end up justifying their personal intention even when it should have been something exclusive to them.

At the end what matters is how you live your life in complete peace with yourself, no matter what the world perceives of you. All you need is your own belief of what is right so that you can rock the world while all others can go to hell! 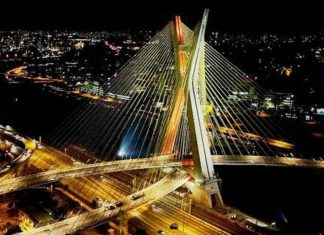 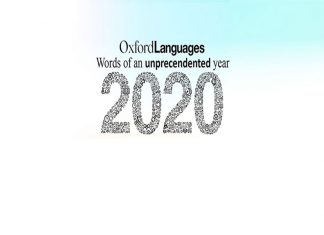