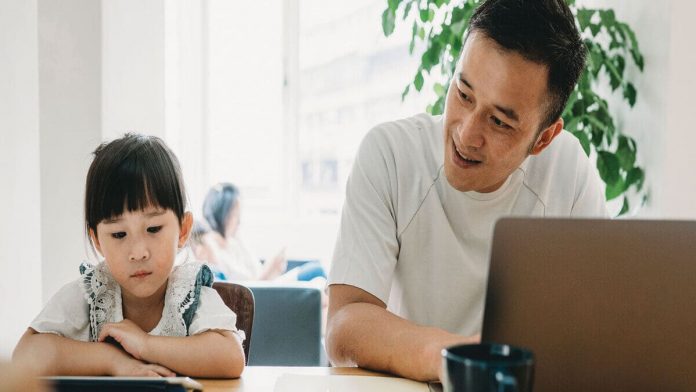 By now, the majority of the world is well versed with the intricacies of the work from home liberty that we have been granted, courtesy a raging global pandemic that refuses to subside even almost a full couple of years of unleashing its fury. Affording us though with what we considered a coveted luxury at one point of time in situations of utter normalcy has been this health crisis that has made us discover also the cons associated with what we once deemed to be the rosy way out of all our work related rants. Even as many parts of the world are attempting to limp back to the state of originality, remote work still continues to dominate proceedings on a wide range of fronts.

The cons associated with the work from home flexibility that has become more apparent now that it is no longer the trance like state of existence we yearned for at one time but a harder hitting reality that bombards us instead by marring even further the thin line separating work life from our personal space has meant also therefore the devising of ways and means to make it indeed as possible as allowing us of all liberties. Schedules have been spread out, business itineraries have come to encompass a magnitude of ‘ease’ hitherto unconceived of within the realms of the workplace setting and meetings that demanded physical presence as the utmost norm of professionalism have been reduced to video calls marred by outrageous network issues and hindered of course by ambient ‘homely’ dins emanating from the very evident traces of life close by. And in spite of it all, jobs have still been continued, deadlines still met in as much frantic realisation of their looming, contracts have been bagged and profits earned, in a manner seemingly suited to perfection the necessities of all seeking forever for the ultimate bliss of convenience.

But what remains the reality lesser taken cognizance of is the struggle to cater to multidimensional responsibilities with no time conducive enough to steer clear of any of these umpteen chores of work and life. With availability of employees taken for granted by workplace managers and personal responsibilities already being a full time worry to lose sleep over, the burgeoning number of people in the workforce who have been subjected to facing the brunt of this work from home arrangement are in even greater stress that what they used to find themselves in within the ‘demanding’ expanses of their physical office. This very detrimental impact that an abundance of work needed to be completed as and when commanded undoubtedly adversely affects the mental and physical well being of all, thus in turn impairing productivity.

The partial way out of this mess of disorganized professional and personal life stemming in fact from the very boon that flextime working have been purported to be and that it indeed is in ideal circumstances has led therefore to the emergence of another dimension associated with this time induced compulsion of remote working. In steps the concept of ‘windowed work’ that, as the name suggests, is a schedule of work that allows for tasks to be carried out in assigned periods of time spread out throughout the course of the day. Spaced out to allow for breaks that help in maintaining the momentum of work while also making way to attend to personal chores at stipulated times is this simple enough but revolutionary still flexibility further allowed along the realms of the professional. By scheduling tasks as per convenience and also in consideration of certain factors of demand along certain blocks of time referred to as windows, windowed work affords a more optimum exploration of the ease that flexible working is supposed to encompass.

Windowed work is like working out your assigned task in multiple shifts, rendered possible by the ability of employees working through a work from home arrangement to devote themselves to their job as and when it is conducive enough for them. And while indeed a feature of remote work, this particular mode of working is a sure shot way of boosting productivity because it does not entail the stress of working for long hours at a stretch. Though not feasible to work out within such traditional requirements of a 9 to 5 routine because of the constraints of time as well as the associated offsets of travel and stuff, windowed work facilitates one by allowing them to work during their periods of optimum productivity along the course of the day.

Other related advantages of this arrangement can be enhanced focus on work due to the assurance that stems of being able to attend to other important personal chores at conducive times as well as the gratification arising out of that grant of flexibility. But key still is the ability to outline such periods of time when one can fully commit to work with all resources and in all dedication so that there is no compromise on the nature and quality of work completed. It also is reasonable enough to consider such windows that are sufficiently wide to ensure that the workflow is not abruptly interrupted. This relates both to your own efficient and timely completion of assigned duties as well as in ensuring that the others with whom you need to be coordinating are not constrained by your exclusive personal responsibilities. Time management therefore spans out as a crucial requirement for windowed work to be the remarkable mode of working that it holds the potential to be. Equally essential is the prevalence of a sense of responsibility and a definite assertion of self discipline so that this work arrangement of even more flexibility is not let to succumb to the vulnerabilities of too convenient a working schedule.

Not to say though that windowed work does not itself avail of its own set of problematic renditions. By affording to employees the liberations of lesser rigidity, this excessive provision in convenience can spell laxity for some people who do not boast of a strong work ethics or whose personal obligations often tend to outweigh the professional expectations of them. Further conflicting can be such situations wherein this provision of enhanced fluidity accrues specifically to some employees over others that interferes with the collective functioning of the team due to abrupt schedule of work that is tightly defined for one and more spaced out for the others. This results in resentment and also gives rise to difficulties in coordination because of the differences in time devoted by each to the job. Alternatively though, windowed working can as effectively lead to the prospects of overworking as it does corroborate indeed instances of underworking, as after all being a seating of the remote work plan. The tendency to ‘make up’ for the greater liberty allowed can spur some employees to work overtime which while initially might be a genuine effort on their part can escalate very soon into a tiring trap set up by their own which they cannot help but get caught in even further.

As a means of juggling work and personal life most efficiently, this concept of windowed work that allows for discrete periods of time to accommodate the demands of both not only solves to a great extent the dilemma of achieving the desired work- life balance but also helps reduce to sufficient extents the alarming issues of work induced burnout and stress. The key though to ensuring that this arrangement yielding the potential to serve the expectations of both the employer and the employee lies in sufficient and clarity of communication as well as in transparency. With a reasonable schedule in tow that while confirming to your needs and obligations also makes enough consideration of the necessities of your coworkers so that the stability and well being of no one is unduly compromised with, windowed work can indeed emerge to be a trait of remote work that restores the vibe of desirability associated with work from home to its earlier state of assertion. As a mode of work that finds equal favor among both men and women despite the tendency to believe that the latter would be more approving of it, windowed work is also an effective technique that can be employed by organisations and employers to make their workplace more inclusive while entailing themselves the benefits of maximum productivity. 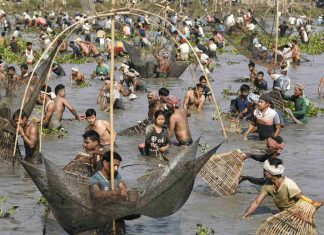 Fishing festivals of India that will have you wading in deep... Henry Cavill rules over Mission Impossible with an arm flex!