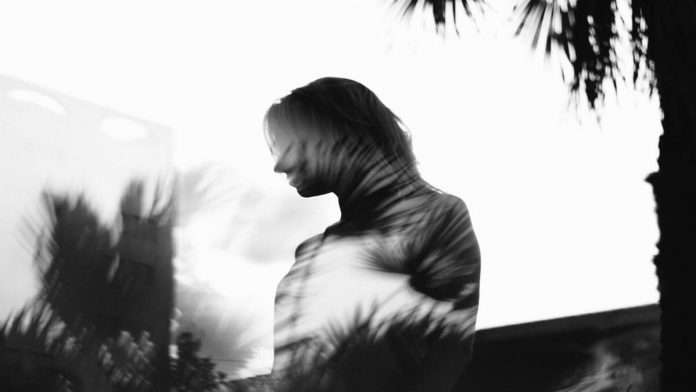 Among a wide range of experiences that make us human is the ability to feel, not just in the perception of things but also in awareness of them. It is in our gifted innateness to perceive such awareness of life that goes beyond the convenient realms of physicality and dwells instead in the far more nuanced play of what we interpret as emotions that we attain a certain supremacy in being. For indeed, humans are made up of emotions in as much surety as they are made up of matter and it is in charting out the these pockets of the intangible sensations that they come to succeed in a certain intellectual pursuit. Emotions thus being one of the very vital elements of our human identity, it indeed would make for an appalling state of affairs to decipher ourselves or someone among us as a rare soul who do not seemingly harbour that universe of the feels otherwise so ingrained in every one of our species.

And yet, despite this belief in confoundity that humans can never be reasonably void of emotions, in whatever intensity though of their awareness, we do come across such presences among us who seemingly refuse to display any speck of alluding to this universe in thought and feels, letting us therefore to go so far as to ‘brand’ them as non- humans, not so much though in the extremely literal manifestation of it. That however might be too hasty a process of judgement we tend to embark on so very often because the case here is one harbouring more premises than what we consider as the very obvious, arising instead out of a misinterpretation not utterly invalid still. The ingrained aspect of the emotional being what characterise us as humans to a large extent, it would be almost impossible to come across a human of flesh and blood who does not reside parallelly in also a universe of elements beyond the tangible. What might possibly be playing out in accounts like these would therefore command more the authority of authenticity if we make allowance also for a secondary trait of the human nature that perhaps also goes a long way in singling us out as humans- of the dubious act of pretention.

What emerges then is that the many a encounters we fairly experience with people who appear emotionless are instead an exercise in deception. The art they have mastered along with the tricks of posing is also one that does them a whole lot of damage by something as presumably innocuous as refusing to accept their feeling of emotions, or repressing them to extents that they seem to devoid of that awareness. It only is expected though that this tendency to mask their true feelings which otherwise is not just a basic human trait but also an incredibly essential one so much so that it becomes a driver of the homo sapien identity, stems then as a potential course in self harm. And while there might be a whole world of valid reasonings that might lead people to sometimes suppress their emotions, the long term repercussions of it are never desirable.

Despite the knowledge that expressing emotions makes for a healthy way of life and therefore conversely, suppressing them makes our existence difficult, we all tend to fall prey to this not even easy mode of sustenance. That might not however be a problem always when we take recourse to this mode of action as a short time measure that we are willing, and in fact looking forward to address at a convenient time. The dangers accrue to when we make this voluntary denial of expression of our emotions a habit so rooted in our conscience that it is what we essentially go about doing in any and every situation. Beginning largely as a defence mechanism that allows us to escape being vulnerable in front of others or to project ourselves as an emotionally ‘strong’ person, or even to sometimes prevent ourselves from hurting others in what we think would be too crude a way of expression, or even sometimes simply because we believe that our emotions do not matter as well as a host of such other realisations and reasons, this tendency to manipulate ourselves into effectively shrugging off the validity of what we feel is what we believe to be a lesson in resilience that we are feeding ourselves on. But little do we realise that what we are doing is wrong simply because it interferes with the natural mannerism of the functioning of the human being, and therefore is an erratic awareness of life that will have us paying back rather heavily, sooner than later.

This refusal to accept the assertion of emotions is obviously a ploy to an unhealthy personal awareness, both in physicality and indeed emotionally. By refusing to give our emotions an outlet for their expression, we are devaluing the essence of them and in the process therefore devaluing ourselves in our worth as humans. That itself amounts to immense self harm, but that’s not all that we are signing up ourselves for through this exercise in tremendous instability. The suppression of feelings, for whatever reason, impacts not just us but also the people around as it hampers the true flow of real relationships. By considering our emotions as insignificant and therefore refusing to let know our concerns to anyone, even to those we are otherwise particularly close with, we are committing a relationship sin by not submitting to the expected, essential adage of honest communication. This leads to conflicts arising indeed out of the non expression of emotions but also because you feel burdened in dealing with them all by yourselves, in silence and even in a sort of denial that seeks to confuse even your own understanding. As you eventually seek a way out of this dual mess, what you very often might end up doing is cutting off ties altogether, thereby stalling the blossoming of what was otherwise a potential wonder of your life. But even greater is the impact it has upon your personal being as the resentment of the loss and the pain associated with it prods you to push away your very valid emotions even further.

Even the opposite might be true when it comes to avoiding your emotions that concern the expanses of your personal relationships. In refusing to communicate your true feelings that still end up showing on your person, through the play of unconscious behavior and impulsive body language, you indeed are revealing to the other people involved in the relationship of the value it accords. That itself could be a vital trigger for the bond to cease its sustenance, because a relation without proper communication hardly holds any value. The recurring desire to withhold feelings also might be misconstrued as a lack of trust or a precursor to lies infesting relationships, rendering them therefore liable to end up damaged beyond repair.

Beyond the relationship you hold with others, the suppression of emotions is a serious bottleneck in your personal development as well. Avoiding our feeling only ends up making them more intense that which leads to physical complications but also have psychological implications. The greater potency of the aggravated emotions naturally lead us to be more aggressive and spurs the experiences of negativity, while also making us more vulnerable to the dangers of spiralling into the inescapable loop of anxiety and depression. Such brush with all things that are not conducive to a healthy existence means that we would be continuously seeking out distractions as well, that itself can manifest as even unhealthier coping mechanisms like addiction, or in other cases lead us to be lying sick with stress. Bottled up emotions is no different than pent up frustration which means that they often return later capable of inflicting much more harm than the unpleasantness that would have accrued to them earlier.

Acceptance is always the key to get rid of unpleasant experiences that are an unavoidable consequence of the human life. And by choosing to shoo away our emotions instead of acknowledging them we are making our process of recovery all the more delayed and difficult. This manifests therefore also as an adversely impacted memory that while weans down, still refuses to let go of such recollections that we truly want to repress. Ironic though while it might seem, suppressing our emotions instead means that we are allowing them to develop and aggravate and expand to such epic proportions that the only way we would be able to get rid of them would be by tipping the point of explosion.

As far as physical retributions are concerned, your body too has to pay a price for the unhealthy coping mechanism of repression that you choose to entail of. Stemming mainly from the increased incidence of the negativity that you set up yourself for is the primary exacerbation of stress that itself is the cause behind a range of life threatening afflictions. Be it high blood pressure or heart problems, diabetes or a disturbed sleep cycle, migraines or an increased risk of cancer, or even making you prone to hazardous accidents by virtue of the mess playing out continually in your head, emotional suppression brings you many steps closer to early death. That itself would not be very stark an assertion of suppressed emotions though, because this particular mode in existence would have already drained you out of the essence of human living. Because mostly such emotions are tended to be ignored that are negative and therefore can render one open to the wariness of being judged or exploited, repression is already rooted in such dismissive premises of ruling that we believe to be undesirable an expression of life. But this idea itself is one that is highly fallacious since the experience of the bad emotions make one more appreciative of the goodness permeating through the positive feels. Also this whole notion rooted in ignoring emotions in the underlying belief that they will go away is as much a fallacy in itself, because they assert instead their vehemence in more unavoidable ways, such as by manifesting themselves in our subconscious so effectively that they routinely occur to us in our dreams, in a phenomenon that is understood as dream rebound.

No emotion that we come to be aware of in our assertion as sentimental beings therefore deserves to be pushed to the sidelines and needs instead the pursuance of them so that we live the holistic human life balanced equitably by the forces of happiness and misery. Emotional suppression is never encouraged either as a short term or long term measure and we would only be making life much easier for ourselves if we just strive a little and accept all feelings as they are and and as they take over our awareness and not be so affected as to be too indifferent or too carried away by them. 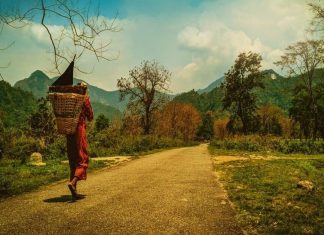 Best time to visit Dooars for the perfect intoxicating experience of... 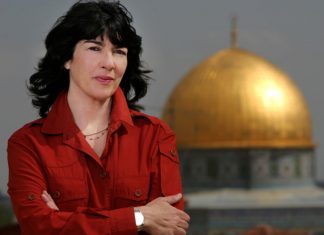 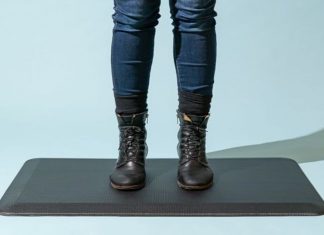