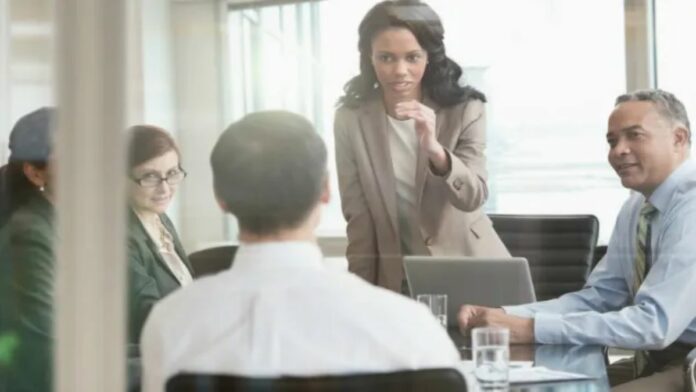 The dynamics of the workplace has always been one made to deal with such issue that might not be purely work. For it is people who perform the work and every single one of those making up the cosmopolitan workforce comes with their own skill sets and barriers to productivity. It also is the diverse generational alluding of the workforce, not so individualistic indeed but prominent even in its prevailing as a summation of the somes that makes the professional world a much nuanced domain to explore.

Attending to this gap that exists no so much in terms of miscommunication but asserting as a needed indeed display in diversity would be a wide many methods and modules of working and training for enhancing productivity of course but also in maintaining a conducive work environment. Mentorship is a key definer of such processes in much traditionality, complemented today by the otherwise same but different still technique of what occurs as reverse mentorship. And while its emerging in some difference might make reverse mentorship occur like another of those success mantras thought up by corporate gurus and the like, it in fact is almost traditional a characteristic of the whole workplace identity.

As a concept developed in much practical feeling of its need, reverse mentoring has been around since the late 1990s. Pioneered by the then CEO of General Electric Jack Welch who realised his own inexperience with the latest technology at that time, reverse mentoring thus isn’t a novel concept neither one necessarily pathbreaking. And it is much like what mentorship still means and is in definition, only that the demographics of its doing tend to be reversed. That precisely is all that makes a difference significant enough to present it as an exclusive and essential something that the current day workspace considers as one of its core concept.

Mentoring is the doling out of advice mostly in professional requirement by someone to people ‘lower’ than them, as far as classifying in terms of age and experience goes. Helping others out with their considerable knowledge and ideas gained out of experience is what mentorship essentially is. And maintaining that spirit of mentoring is also its reverse manifestation that also is as much about guiding people regarding certain somethings of which the mentor is sufficiently aware. The cue being that in reverse mentoring it only is the experience of the mentor that counts in essence, making the reverence of the traditionally held notion in greater age an entity of non- matter like it should be.

Why reverse mentoring has come to be of greater importance today even when it isn’t any new concept to ponder upon is the extent of inclusivity that the professional world has come to embrace. Whether it be based out of a genuine interest in fair play or driven instead by the reality of what it, workplaces have never been as interesting in their character of representation as they today are. And specifically with the dramatic chasm of change induced by the coronavirus unpredictability, offices and workspaces and corporate entities are buoyant in their diversity to extents almost as expansive as the living world is.

Beginning from a requisite in the rapidly advancing fore of technological that led Welch to arrive upon this functional feature to encompassing today notions of both the concrete and the abstract, with technology continue to be a mainstay even as wider essences of ethnic diversity and cross cultural communication and changing scope of work have worked their way into this spectrum of necessity, reverse mentorship has gained ground indeed. What transpires at this moment of even greater a conglomeration in defining the workforce today with four distinctly identified generations of people finding place within this spectrum of the professional is a uniquely evolving need in guidance and advice. And thus reverse mentoring has amassed for itself greater attention than what it did earlier, even when prevailing through the same route of relevance.

Whether it is unidimensional or both sided, reverse mentoring essentially involves the exciting prospect in younger, even less experienced people getting to inform and perhaps even educate what they might be knowing in greater accuracy. Technology of course is what instantly strikes as a reference in such dissemination of information, with the younger lot generally more conversant with the digital ways of the world. This is even truer today though it had been also as true in the past as well, since the composition of the workforce now is very evidently a residing also in the identity of the Gen Z along with the already assertive presence of the millennials alongside the Baby Boomers and the Generation X.

Emerging from this all inclusive, interesting mix of workers with different ways of thinking and working and living is a certain scope of the professional calling upon all to interact in terms that do not just involve the expected informative relay by the seniors to the juniors. So what occurs now in this scenario of the mentoring is a growing affinity to this reverse flow of ideas and information. And thus we have young people who might in fact be some of the newer joinees at the office thriving in their new found roles of great responsibility.

Relying upon their very identity as one stemming from the digital age, they manage to maneuver well through the tangles of the technological and also help those around them not so conversant with this aspect of existence gain greater understanding about what it is and how it works. It goes without saying that technological and technical ways of working vastly sum up the present day technique of the professional world. And in lending themselves to their younger peers to take over solely in terms of awareness and knowledge without falling prey to the prejudiced viewing of them as a generation being listless in their dealing with work.

That indeed is one very essential realisation embedded in reverse mentoring in the current context. But no less phenomenal would be the impact that mentorship in its reverse occurring has upon such areas of work as indispensable today as the considerations in cultural differences and its multifaceted composition. In such instances of its pursuing, mentoring can also backtrack its traditional steps to be availed instead the other way around.

In this case it need not necessarily be the younger generation at the delivering end of the spectrum even when they most frequently are. The larger possibility though is one that relies on workers and/ or employees essentially occurring as minority but never any less worthy in their area of work. Even when they might be newly entering the workforce or emerging instead as the new face in their place of employment, these identities of a different ethnicity or culture can be mentoring in a different regard of reality. In helping to provide insights into their part of the world and in their ways of living, these are the people who help foster greater connection within the workplace.

Needless to say such considerations in the workplace are increasingly becoming the ideals upon which productivity and efficiency find greater assertion. A workplace that resides in a greater feeling of togetherness, and one that maintains its coherence specifically when emerging as a myriadly composed environment is also one where workers are more motivated to work. It indeed is in the congenial vibe of the space in which we spend almost half of our waking day in that we can be driven from within to make every effort to deliver. Reverse mentoring then might be actually quite different from the traditional mode of mentorship in that it attends also to such issues not exclusively professional as well.

Such greater impacts of reverse mentoring complement more than well also the rather specific availings of them. For those in the receiving of such unconventional mentorship, the benefits of course are easily deciphered in terms of greater awareness about and information of something that hasn’t been exactly their forte. But even for those who mentor in all their young experience, they also claim for themselves many a benefits mainly in terms of acquiring certain soft skills. From enhancing their communicative aptitude to finding themselves yielding more of the leadership quality, these new age mentors increasingly and enthusiastically taking to their newer ‘designation’ are helping indeed redefine the identity of their entire generation.

For Gen Z therefore, the value amassed out of this entailing is one of asserting the potential that they harbour that they otherwise risk forfeiting at least as the popular perception of them is concerned. Millennials on the other hand stand to win from this arrangement of reverse mentoring because it helps with their retention within the workplace, granting them the prospect of a long term association. In attending thus to the requirement of every section of the work population, albeit in diametrically diverse capacities, reverse mentoring is worth indeed more than what it aspires to be.

That though is a benefit naturally arising out of this arrangement as one in mentoring. The ultimate idea of both these assertions of the more traditional mentorship and its derivation as a reverse mechanism is ultimately one of making professional lives as convenient as it can be. Upskilling indeed is what reverse mentoring aids much like traditional mentoring, while fostering also more thrust upon areas of current relevance, be it in such aspirations of a more ambient working zone or also in the more holistic undertaking of a humanely modern personal living experience crucially linked to the strands of the professional.

Inseparable Ranveer- Deepika sums it up with a kiss after vacay! 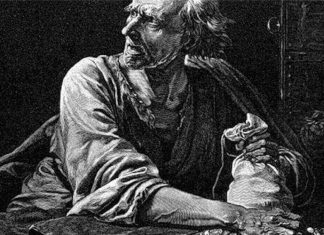 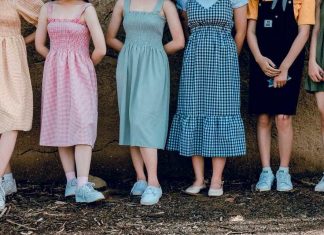 Why is Saraswati Puja so special for the students?