Whatever might be the ideals that rule the heart and soul of administration and legislature there’s no denying that politics is no less than a money minting business. Politicians are worth millions and billions in their net standings and earning. It also helps perhaps that many of the most influential names in polity have other ventures also to draw considerably from. Here are the top 9 richest politicians in India for whom money isn’t a big deal anymore-

Mahendra Prasad is a politician of India who is distinguished as being the richest Member of Parliament. Prasad’s assets are speculated to be a ridiculously staggering Rs 4000 crores and this Rajya Sabha member has more than just his political career to fall back on to perpetuate his riches. With two pharmaceutical companies Aristo Pharmaceuticals and Mapra Laboratries Pvt Ltd under his ownership, this Janata Dal (United) party member from Bihar has been active in politics for more than three decades now.

The richest woman in India and the chairperson of the Jindal Group, Savitri Jindal is also an Indian politician who contests elections on the ticket of the Indian National Congress. A former Minister in the Haryana Government and member of the Haryana Vidhan Sabha  from Hisar constituency, Jindal has a whopping net worth of $650 crores that firmly establish her as one of the wealthiest politicians of the country. As a minister in the state cabinet, Jindal had served as the Minister of State for Revenue and Disaster Management, Consolidation, Rehabilitation and Housing and also the Minister of State for Urban Local Bodies and Housing.

Probably the richest politician in India with assets worth some 860 crore in Indian rupees is an Indian National Congress office holder Abhishek Singhvi. The national spokesperson of the INC, Singhvi is a current Member of the Parliament of India from the constituency of West Bengal who is a member of the Rajya Sabha, the Upper House of the Indian Parliament. Earlier also, Singhvi had been an MP in the Rajya Sabha for two terms during which he had represented the constituency of Rajasthan.

Also a noted lawyer, Abhishek Singhvi is the alumnus of a host of reputed colleges and universities including St. Stephen’s College, Trinity College, Cambridge and Harvard University. He has also to his name the distinction of being the youngest Additional Solicitor General of India. Formerly a member of the Bharatiya Janata Party, Singhvi shifted allegiance to the Congress later and has been its spokesperson since 2001.

The richest candidate of the 2019 Lok Sabha elections, Galla Jayadev has to his claim assets worth Rs 683 crores that stem from his trades of being a politician as well as an industrialist. The Parliamentary Party Leader of the Telugu Desam Party, Jayadev has been a member of the 16th and 17th Lok Sabhas representing the Guntur constituency. Also the managing director of Amara Raja Group, Galla draws enormously from his position as well to be one of the richest politician of India. Among the most active lawmakers in Parliament, Galla is not a politician just for the sake of the riches but also for the sake of the masses.

Subbarami Reddy is not just a politician; like many others in the list he is also an industrialist while also being a filmmaker. In the political realm, Reddy is a member of the Indian National Congress and has been a two time Lok Sabha MP as well as a member of the Rajya Sabha. Also a Minister of State in the Ministry of Mines between 2006 and 2008 apart from being the Chairman of the Gayatri Group of Industries, Reddy commands a net worth of Rs 422 crores that firmly establish him as one of the wealthiest politicians of the country.

The current Chief Minister of the Indian state of Andhra Pradesh and the leader of YSR Congress Party, Jaganmohan Reddy is another contender who can claim the title of being the richest politician of India. A former member of the Indian National Congress, Reddy has been a Rajya Sabha member as well as a member of the Andhra Pradesh Legislative Assembly prior to assuming office as the 17th Chief Minister of the state. With a political career spanning a decade and a half, Reddy is definitely a prominent presence among Indian politicians and is a worthy successor to carry forward the legacy of his father and former Andhra Pradesh CM Y. S. Rajasekhara.

Yet another Indian industrialist who has taken the plunge into politics in India is Jindal Steel and Power Limited Executive Chairman Naveen Jindal. The former M.P. from Kurukshetra, Haryana who began his political career with the Indian National Congress has a net worth of well over some 300 crores in Indian rupees making him a really wealthy presence in the national scene.

An Indian politician formerly affiliated to the Bharatiya Janata Party, Anil Lad is currentlyb a member of the Indian National Congress and is the fifth sitting MLA of the Karnataka Legislative Assembly from the constituency of Bellary. With net worth of some Rs 289 crores, Anil Lad is another richest politician from India.

Yet another industrialist turned politician who can make claim to be the richest politician in India is Maharashtrian Rajkumar Dhoot. A three time Rajya Sabha member and Immediate Past-President of the Apex Indian Chamber of Commerce & Industry, ASSOCHAM (The Associated Chambers of Commerce and Industry of India), the Shiv Sena member is also the Promoter & Co-Owner of the diversified Videocon Group of Companies. A current member of the Standing Committee on Health & Family Welfare, Dhoot’s net worth stands at Rs 280 crores placing him among the crorepati elite of Indian politicians. 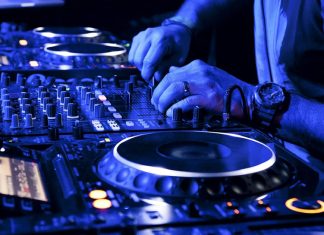 Top Indian DJs who have taken over the country