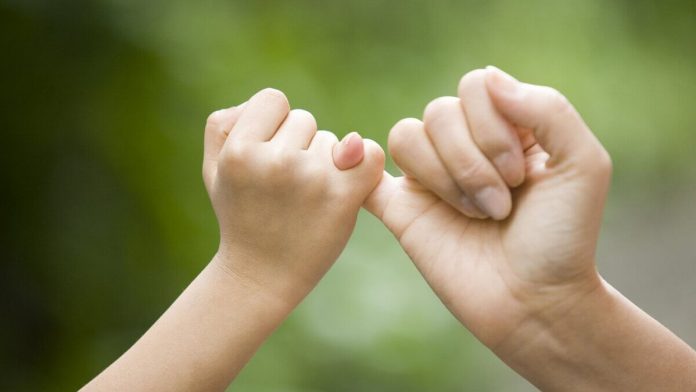 Trust- that facet of what sums up human life itself, in being the basis of virtually every relationship furthered by man and not just in personal terms but also across alleys of the social and the professional, and even in mere building of connections and rapport not exactly necessary for living perhaps but that which ends up indeed bettering the very experience of it. In such multifaceted importance of this singular strand of what emerges as an expectation of human behavior rooted very much in the emotional fore of immensely intense beliefs, building up this essential relational attribute of trust makes for a crucial pursuit guiding human life in major, if not total manifestation of it. The expanse of consideration though tends to be equally important whether one is placing their trust on someone or finds instead themselves to be relied on and upon, furthering in either context an innate human trait part emotion, part instinct. Because it is upon this foundation of trusting and be trusted, or in emerging as trustable or untrustworthy persons that we bring to rest upon ourselves signs of what identity we would come to encompass as individuals and that which determines virtually every aspect of our existence in what we turn out to be. Whether that be boding well for our romantic as well as platonic relationships for an experience in personal living as blissful as could be, or spell out success in terms of the career and across the realm of the professional by placing us in good faith across our committed dealings and work ethics or spell out instead the essence of our identity in all amiableness, trust indeed is one of the determining factors of what we manage to project ourselves as in and through life.

Given such critical nature of what it manifests as, trust presents itself as also as complicated an attribute to further, specially in seeking it out of others with whom we are familiar only in their physicality and not in their character. Because placing your trust upon the wrong person not just sets one back in their expectations and emotions but also can possibly malign their own image by rendering them significantly dysfunctional on account of the unaccountability availing out of such instances of misplaced trust, it is more than important to steer clear of putting your absolute trust upon someone undeserving of such exclusive grants of confidence. That is a matter tricky indeed but there would still be some signs that untrustworthy persons occur across as in all universality that might help in ensuring that you do not fall for the treacherous types treading the world-

They lie impulsively, instinctively and shamelessly

It indeed takes no second guess to know why not to trust a liar- because they simply do not deserve all that liberty in consideration. Because trust is so much about assured belief and lies are the exact opposite of such scouting of virtues, it is more than apparent that one should not ever take into absolute faith someone they know to be having their own way with lying. Honesty and trust are interrelated and sabotaging the guiding principle of trustworthiness by continuously delivering one lie after the other, whether it be in tweaking facts and figures or completely holding back the reality to themselves, all untrustworthy persons give themselves away very readily by this of the profound signs of sinning in their untrue character. Thus anyone tending to present conflicting information and often in such disregard as well that they blatantly deny even the most fact based allegations and accusations levelled against them, while themselves continuing to believe in their own fabrications and conjurings is likely someone one should be guarding against from placing their thrust in absolute confidence.

They are surprisingly volatile in their behavior

As someone harbouring of a trait as socially and personally offsetting as that of untrustworthiness, these folks tend to suffer from a whole lot of emotional turmoil themselves. Which is what leads them to exhibit extreme behaviour in regularity, as a manifestation of that undesirable burden they know themselves to be possessing of. The ambit of this exploration tends to be somewhat tricky though since extreme exhibition of emotions can be a sign as well as a cause of emerging as someone not so advantageous in their assurance of presenting as reliable. Identifying therefore such persons with (un)popularly unpredictable behavior as presenting indeed rather evident signs of their own untrustworthiness calls for some exercise in reason and restraint so as not to dub someone extremely emotional as that fellow unbothered of the principles.

The constantly one-up their way through every narrative

Constantly trying to outdo others in every aspect of life, particularly when it comes to words and not so much in action is another classic sign of being an untrustworthy person. This another defining characteristic though might be an extension of their lying impulse through which they even further their own disrepute in unfaithfulness. Assigning themselves a pivotal role in every story since they are unable to resist the urge to project their person in a light they hope to be favourable enough to earn the confidence of everyone around them are untrustworthy people who have to find themselves of somewhat reference in every single tale. Thus one upping themselves to such extents that are not just annoying but also make for a case in alarming discredation would be these people better left alone to dwell in their own make believe world of ridiculous fantasy.

They do not trust others

Call it drawing from their own experience or otherwise harbouring of the airs that simply do not allow themselves to take anyone else into confidence are untrustworthy persons displaying of such signs that inevitably end up pointing to their own. These people are too aware of their own misguided traits of behavior to be always on alert against practically everyone around them so much so that they find it difficult to believe that there might exist people not as dishonourable as them. Thus, people who themselves are steeped in the knowledge of such dubiousness that characterise themselves almost exclusively desist from having faith on others or in believing any soul not encompassing of them as someone they look down upon in their own inward look into their self.

They have this urge of asserting their trustworthiness to others

Someone who frequently reminds others to trust them or go on unnecessarily reassuring of their virtuous scouting in truthfulness is more often than not only alluding to their own nature to the contrary. Because as someone aware of their nature and suspecting therefore of that awareness transcending beyond the range of their personal knowledge, they deem it necessary on their part to uphold instead their prospects in seeming reliability. Emphasising therefore this desire of themselves to actively manipulate others in such outright assertion of the trust mes or such other related phrases and words of accountability would be the untrustworthy persons of the world taking it a bit too far to ironically end up presenting all the wrong signs.

They refuse to take responsibility for their actions

Whether it be their disacknowledgment of the many times they have let someone down or even resort to shifting the blame of their own inactions on others, people who have the unreliable trait running all through them shy away from taking responsibility of whatever it is that pertains to their doings and non-doings. Consistently inconsistent in keeping their word or in delivering of such tasks they had been entrusted to or even something they had themselves taken the onus of fulfilling are such aspects of the untrustworthy character, even as they also steer clear of rendering apologies or offering to make up for the inconvenience caused and faltering even on that the rare times they are bound to admission of their faults. That is something hardly surprising though since the very premise of untrustworthiness hinges on such facades of assertion as repulsive as unreliability and unaccountability, manifesting therefore as rather evident signs of the unvirtuous.

They tend to speak ill of others behind their back

Untrustworthiness being their guiding principle, one cannot of course expect these people of pledging allegiance in their character to remain private in their personal encounter of others. Anyone and everyone they have ever known whether in secret or in more awareness would find themselves mud slung at by these ‘unscrupulous’ elements of being, by means of having been gossiped about or making public their confidential information as their wrong decision of having confided into someone undeserving of such exclusive access to their lives. By that extension therefore, untrustworthy persons give themselves away more often than not through such displays of their character that serve as telltale signs indeed of their ‘knowing’ in ridiculous status.

They give off that vibe of distrust

Like all things intangible in their stemming as feelings or emotions of human basis, the assertion of untrustworthiness too ultimately boils down to the thoughts you tend to harbour about someone essentially offsetting in their vibe. The human gut feeling has this strangely wonderful way of revealing the most accurate nature of a person and if someone always manages to drive you to unease with their mere behavior, whether explicit or innate in their deliverance through the body as well as in the not so radiant energy that necessarily accompanies them, then that person is best taken with a pinch of salt in their deeds and words. Call it sixth sense or a safe route out of possible disaster, but trusting one’s instinct is also what should make the cut when it comes to assessing the risks of associating too much in trust with anyone alluding to the unpredictable essence of the humanly erring existence. How to remove skin tan in 40 easy ways without any... 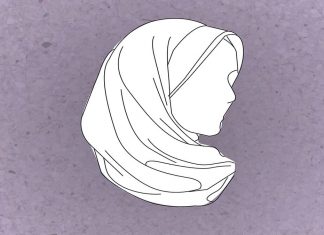 Empowerment from under the folds of the hijab