It is not very often that reality television shows script indeed the reality of life and tend in fact to be scripted in themselves. But the few times they do manage to change the lives and fortunes of those gracing the presence of these shows, these reality programmes can very much emerge to be the game changer. Case in point the singing reality show Indian Idol that has over the years managed to crown indeed the most deserving of unheralded singing stars to grant them a stature befitting their talent and perseverance in pursuing the art they are destined for.

It is one such deserving winner of Indian Idol Sunny Hindustani, the inspiring story of which we intend to narrate today. One of the best contestants in the 11th season of the reality show who emerged also to be the eventual champion of the melodious race, Sunny Hindustani’s is a typical rags to riches story. Atypical however is his stint with singing, that he manages to deliver in so much soul and beauty despite being a self taught artist. And it is exemplary indeed that such essence of singing that Sunny Hindustani has managed to make an identity out of for himself and exclusively by his own has even managed to earn him adulated comparisons with none other than the legendary Nusrat Fateh Ali Khan. Considered a doyen of the qawwali genre of music, in which Hindustani also had displayed ample glimpses of impeccability that entailed him therefore this revered allusion, the mere evoking of Khan’s name while commending the level of talent commanded by the 2019 winner speaks volumes about the depth of Sunny’s voice and the range of his melodic abilities.

But while it indeed has been Sunny Hindustani’s extraordinary crooning that touched the hearts of anyone who happened to be struck by the chords of his belting and catapulted him to claiming the coveted trophy, it also has been his rise to fame from the most humble of circumstances that spinned out his story of fame to be as flawless as his rendition of the art. In the shadows of the unremarkable beginnings wherefrom this young lad emerged to enthuse one and all by sheer dint of talent and hardwork however had always dwelt an aspiring singer enticed by the passion of what makes up the divine world of music.

Born in Amarpura Basti of Bhatinda in Punjab to Manak Ram and Soma in a very poor family as Sunny Malik, this now well known name in the public domain in India grew up with a fondness of music. In fact so in love with singing and music Sunny grew up to be that his also music loving singer father gifted him a tabla and a harmonium to further his interest despite being limited in finances and resources himself. But even as Sunny did perform at various events and functions in his locality after dropping out of school in the sixth standard, his dreams took a blow after the death of his father. A mere 13 year old, Sunny then took to polishing shoes at the Bathinda Junction to sustain his family of his mother and three sisters. He however did not let his passion for music wane, as he continued to seek out the nuances of singing by listening to songs of Nusrat saab and trying his best to render them in as perfect a manner as possible. It indeed is his tremendous respect for this legendary Pakistani singer that translated so brilliantly in his singings that made Sunny Hindustani deserving enough to draw comparisons with his idol. That itself had been the first flickers of success lighting the path ahead for Sunny, who embarked upon it in all dedication to emerge as the ultimate winner of Indian Idol in 2019.

Indian Idol though hasn’t been the first ever reality appearance that Sunny Hindustani made. Before the 11th season of the show, the talented singer had also appeared as a contestant in another show Entertainment Ke Liye Kuch Bhi Karega in 2014. Sunny even ventured into professional singing that very year, with the song Ankhiyan De Buhe which was released in TMC Punjabi. His brush with fame however had been more prominent with Indian Idol. But not just as the winner, even as a contestant and in fact right from his audition in which he evoked already response from the judges as being the rooh of Nusrat Fateh Ali Khan that Sunny Hindustani had eked out already the path towards the destiny he is made for.

The fame and fortune that Indian Idol brought into the life of many boded also as equally favourable for Sunny. Besides laying claim to the coveted title and his hands upon the trophy, Sunny Hindustani won also a cash amount of Rs 25 lakh and a car. But of much more worth would be the contract that he bagged by virtue of being the winner, that earned him the chance to lend his voice to a T- Series production. Post his stint on TV, Hindustani made the transition to Bollywood soon thereafter as soon after his win he sang the song Rom Rom for the 2019 film The Body. The very next year, Sunny established himself even further as a playback singer as he went on to sing for a couple more sings- belting out the number Jugnu for Panga and Tere Nazar for Bad Boy.

A known name today in the entertainment circuit in India, it is the real talent and dedication of Sunny Hindustani that has managed to make fortune favour him. But still rooted in as much humility is this 21 year old who has forever sought out his dreams even in the face of tremendous hardships. A doting son to his mother who used to sell balloons near the Bathinda bus stand to make ends meet, Sunny’s inspiration is this very lady for whom he always aspired to afford a better life. Pained every time his mother had to beg for rice to feed the family, Sunny made it his mission in life to do something at least for her sake. No wonder it is therefore that beyond his happiness in being the Indian Idol is the success that Sunny achieved in bringing a smile to the face of his mother torn by years of misery and struggle.

But equally grateful is this aspiring young musician in the recognition that he continued to bask in even now. For someone who started out as a boot polisher, it indeed is to Sunny’s credit that he did not squander his innate musical geniosity. From crooning in front of awe struck friends to managing to afford the ticket to Mumbai for the auditions and then emerging as the winner of a show he did not even think it possible to go beyond the first round, Sunny Hindustani is forever acknowledging of the support he received from fans and admirers as well as from the judges and mentors. And indeed, Sunny owes his victory as much to his well wishers and fans as much as he does to himself. Fascinated with qawwalis that he used to hear at a particular religious place in Sangria in Rajasthan during his childhood, Sunny’s street crooning was what earned him his first stage performance after being spotted by some people. That led to the future turn of events to follow for Sunny Hindustani, which unfolded thereafter as a rather inspiring tale of what it takes to make your dream matter come what may.

Today an upcoming playback singer to watch out for, Sunny composes and produces also his own music even as he likes to play numerous musical instruments. But it is his Indian Idol identity that has been the beacon of hope from which Sunny has had his most distinctive claim to stardom. Indian Idol though is also significant for Sunny in another unique assertion of his personal identity. Making his debut on the show as just Sunny, it had been the immense love and support that poured in for the talented young singer from all across the country that endowed him also with the blessed recognition of being named Sunny Hindustani. Armed now with name, fame and surname is this promising and hardworking lad who set out to eke out a recognition of his own in the professional world while also balancing excellently his personal life.

Forever the devoted son Laddoo to his mother and the loving brother of sisters Rekha, Sakhina and Maya, Sunny has discovered romance in his life as well. Sunny and his Dutch girlfriend Ramdey quite often professes their love for each other on social media and the Indian Idol winner took it to the next level by hugging and kissing her on stage during one of his concerts. With the official announcement on Instagram following the proposal, marriage should soon be on the cards for this lovely couple. Set therefore to be the wife of Sunny Hindustani is this gorgeous beauty from the Netherlands who is an avid enthusiast of photography and painting even when academically she hails from the field of medical research.

The journey of Sunny Hindustani is one commendable enough in the sheer extent of the transformation he has managed to bring about in his life. From a dreamy eyed boy who once used to polish shoes to the phenomenon that he is today, his is a story inspiring indeed in as much grace and humility as it is in success. Once heavily into debt after the death of his father, Sunny Hindustani today commands an astounding net worth of some 3 million dollars and continues to only expand his ambits. His soulful voice that is as soothing as it is intense as well as his affable personality and genuine essence as a human is what makes Sunny Hindustani the Idol all of India adores and celebrates. 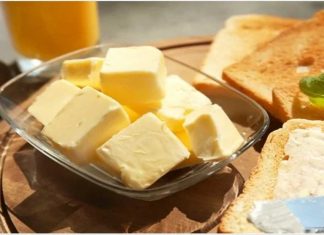 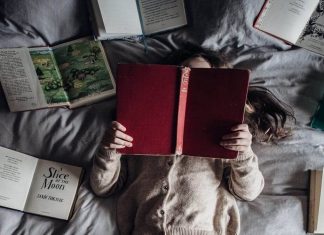 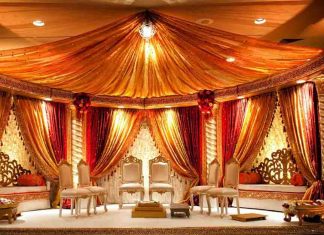 Tried and Tested Tips to Smartly Plan a Budget Wedding in... 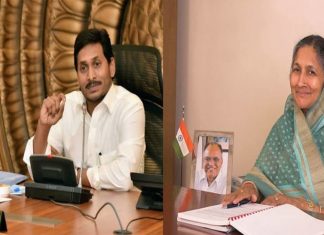 Top 9 richest politicians in India for whom money isn’t a...