A novelty in our city but a long standing reputation gained over the globe, the signature Starbucks experience is one phenomenal indeed. As the world’s largest coffee chain that bears the true luxury of what has always charmed up the many a daily cups of ceremonial indulgence, Starbucks might be insanely popular but the global presence of it still is steeped in some surprising secrets. Here’s some such lesser known facts about Starbucks that makes for a different dig into this particular caffeine craze altogether even as Guwahati embraces the standard experience in all enthusiasm-

The perennial pleasure of the periodical Pumpkin Spice Latte

While Starbucks sets its menu long enough with a wide whip up of its coffees and lattes in different imaginative mixings, its eternal top selling favorite happens to be a seasonal special. Ever since it was introduced in 2003, the autumnal delight of the Pumpkin Spice Latte has earned a whopping many fans drunk on its heady mix of aromatic flavor very reminiscent indeed of its season of offering. Asserting itself therefore as one of Starbucks’ most loved brew ever despite being severely constricted in its scope of infusing the essence of the season, this intoxicating indeed mix of cinnamon, nutmeg and clove flavored espresso and steamed milk topped with whipped cream has romance wafting through the Starbucks surrounds every year as early as August.

But while the aura of warming oneself up with the classic PSL as their staple order every fall might be a global fad today, its origins perhaps are not as explored universally. The credit for coming up with this ultimate favorite of all times rests upon Stanford athlete and economist Peter Dukes who worked upon the statistic of the pumpkin pie prejudice resting just behind caramel and chocolate when it comes to popular purchases to dish out this absolute winner and persist with it even in the face of considerable initial disfavor for what proved to be an ingenious invention indeed.

A logo as ‘seductive’ as the essence of its signature coffee

The brand power that Starbucks encompasses means that it’s popularity anywhere stems from every element of its being. So while its name is the obvious marker of the more than popular identity that this global chain encompasses, equally prominent happens to be very discernible logo of a mermaid flashing from virtually every aspect of being. But the present version of the logo is a more decent avatar of the original that which happens to be of a mythological twin-tailed mermaid known as the siren. As a seductress therefore that Starbucks chose to depict in reference to the intoxicating and therefore seductive power of coffee, the logo started out as a topless entity with a fully visible double fish tail.

The more covered up version of the siren, with her bare breasts made to shield under her flowing hair but with a navel still revealing enough made the rounds from 1987 to 1992 while the current version of even less sirenesque characteristics in physicality as is evident, somewhat ironically in her covered up breasts and no longer visible navel has been serving the Starbucks purpose since thereafter.

Coffee is at least part the unparalleled experience that it is in wafting of its aroma and the master minds at Starbucks exploits that to as effective an extent as possible to deliver every order in ultimate perfection. To ensure that every Starbucks experience is as wholesome and as exclusive an entailing out of the pure premises of only coffee, the chain bans the use of virtually any and every item that rests in a fragrance of its own. And while that includes very obvious agents of disruption like cigarettes and tobacco by virtue of their more than invasive odors, even everyday essentials like perfume and cologne or even shaving lotion and deodorants are a stick no no in their usage by the baristas.

Even without any relation to the reputation of their coffee though, Starbucks still sticks to a restricted dress code whether it be in terms of the color of hair or some tattoo on the face or even a stone set on a ring and such other intriguing set of rules and regulations.

Black brings about the best of the Starbucks servings

Starbucks might be known in its enthuse for the greens, both in its iconic presence across its logo and merchandise and stuff as well as in its significant range of endeavours that strive to be as much in harmony with the natural environment as possible. Equally prominent happens to be the many green aprons donned by its substantial strength of staff, or rather ‘partners’ the world over. But for anyone dropping in by at a Starbucks for the most ultimate experience of their cuppa, it is black that they should instead swear by. Starbucks baristas donning the black aprons are the most exquisite masters of their craft, laying claim upon that coveted color as a special designation entailing only to those certified for their holistic knowledge of all things coffee.

These Coffee Masters are the ones having exclusive rights upon the black beauty and from whom the beverage sends out its most intoxicating aroma of indulgence even though the true season of indulgence that beckons even more caffeine addicts into Starbucks outlets the world over happens to be the red coded cheer of the aprons imbued with the infectious holiday hype.

Pay for the Starbucks beans, not for the grind

Starbucks popularly sells far more than its commonplace offering of beverages and brews. And while that includes indeed everything from confectioneries and equipment and all such stuff that makes every cuppa the ultimate indulgence that it is, the coffee essence runs even deeper along the Starbucks lines. For those fancying the whole Starbucks beans to have their personal caffeine fix at home but appallingly unowning of that coffee grinder, the forever smiling baristas step up their service by yet another notch. At no additional cost, one can get their stock of the Starbucks beans grinded for enjoying even more personalised sips of their coffee.

For a coffee chain that today is the most popular across the world, Starbucks had its beginning not along brews but amongst the beans instead. Back when it first opened in 1971, Starbucks sold only whole roasted beans and continued with that particular expression of their caffeine essence for years spanning almost a decade and a half. Not just the exotic beans though, the Starbucks shop that it was at that time stocked up also on tea and spices as well as a selection of coffee makers, grinders, and teapots.

It was only in 1987 that the ‘epochal shift’ occurred when employee Howard Schultz brought the company and set flowing the classic lineage of the many a beloved Starbucks brews although the first Starbucks® Caffè Latte was served in 1984 as part of his endeavor to have the magic of Italy descend across America. And thus began the journey of the joe in an assertion never as commercially successful in its pouring out of any other name than what sums up the Starbuck craze of the moment. Today though, the chain serves also accompaniments like snacks and desserts to go along with its coffee even as it boasts of its own brand of confectionery brand as well.

Perfecting the art of coffee brewing across as myriad explorations of it as possible is what has indeed lent Starbucks its distinguished place of pride in the world. But complimenting this exquisite pursuance of the brewing magic that has made Starbucks among the world’s most valuable fast food brands is a gesture that is as heart warming a sip out of its magical cuppas.

With its offering called the Puppuccino, the coffee giant caters also to the occasional desire for indulgence of our furry friends. As a small cup filled with just whipped cream, sans any trace of caffeine whatsoever, the Puppuccino is a special enough treat for dogs. And while that’s more than considerate on the part of a commercial coffee brewing brand, Starbucks tops it also with a dollop of generosity, offering its aptly named canine specialty as completely free for anyone who drops in by one of its many locations for their fix of top notch caffeine with also their adorable pets in tow.

Starbucks might be mighty bent on its menu beaming with eternal classics and universal favorites all over but the coffee maverick tends to be as enthusiastic in its exploring of the myriad exotic flavors of different regions around the globe. And anyone stumbling upon this special curation of flavors in all pleasantness of the surprising discovery sure would appreciate this massively inclusive trait across which the chain asserts further its worldly reputation.

Interestingly unique in all their revelation of sorts are such stemming from different countries of the world that revs up indeed the local Starbucks experience with native flavors. From the expectedly pretty Sakura Blossom Creamy Latte of Japan to the tropical Peruvian fruity notes of the Lucuma Crème Frappuccino or the double delight that the Brazilian specialty of the Brigadeiro Frappuccino offers as a dessert and a drink concocted in one to immense deliciousness of course, Starbucks has forever found the perfect recipe for all things fancy. Not just brews though, accompaniments like sandwiches and wraps and desserts like cheesecakes too have been interpreted in mimicking of regional exclusivities to make the case for its overwhelming popularity all over. 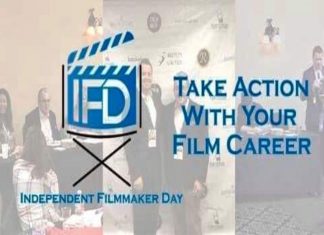 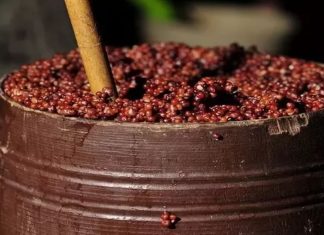 Whisky In My Blood (Khoon mein Rakshi) – Where alcohol is... 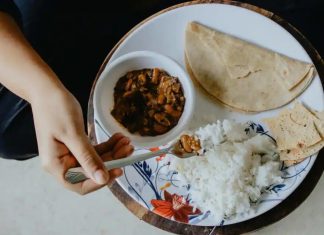