INNFINITY
Home Limitless A case against the stifled yawn Stifling it might be the most commonly encouraged response to this reflex in frequent occurrence but the irresistible prospect in ‘succour’ possibly availed out of letting that yawn take over all your face and mouth and person isn’t so despicable a natural mechanism of normal human functioning than what we have deemed it to be. In its oft reiterated scope across mainly the negative realm of occurring, yawning is generally understood as an impolite behavior in essence, even when this necessary mode of functioning of the body is involuntary and hence uncontrollable an act in all its universal spanning out from the living expanse. Contagious indeed in its immense power of encompassing one and all in that wide opening of the mouth in not very graceful a manner of appearance and associated as well with not exactly optimal experiences of living be it boredom or exhaustion, stress or sleepiness and even hunger or some more concerning medical conditions as well, yawning isn’t viewed as the most polite ‘expression’ of oneself in social settings at least that expects an adhering to typical norms set out for presentability in sufficiently genteel if not absolutely sophisticated mannerisms of it.

Such connotations of largely negative basis are what has largely rendered yawning to present itself as an act in demerit, asserting itself across such undesired attributes ranging from disinterest and inattentiveness to lethargy and being out of sorts as well and thereby particularly spelling doom when it comes to characterise the assessing of productivity. Accentuated therefore by such negative effects acting upon a premise of cause no any conducive as well, yawning has forever been made to assume that importance in worthlessness, as something that needs to be dismissed and stifled and ignored and invalidated indeed to put ourselves out there as the best version we can be. Surprisingly however, despite this act and notion in yawning serving very much those causes of which it is alluded rather accurately, whether that be a lack of sleep or an abundance of stress and so on and so forth, letting the yawn take over our being every once in a while presents itself as a self remedial measure as well. In assuming such dynamic roles in duality of being simultaneously the cause and the effect, every yawn of ours harbours an importance that needs to be explored to harness the necessary impact that it can yield on everyone ‘daring’ enough to not stifle that perceived in ugliness visage of the pretty face out there.

An evolutionary pursuit in optimal functioning of the animal body but of course with such interpretations of it not in any way more affecting of any other species outside of the humankind, yawning though has been long attributed to a wide circulation of causes both physical and psychological in their many basis of understanding. Most prominent in its explanation as resulting from a severe lack of oxygen in the body, yawning though has been found to be equally alluding to such alternative theories concerning the physiological that is more definitely related to the brain or one that stems instead from a need of the vocals.

No wonder athletes and musicians and speakers necessarily, routinely, impulsively yawn before taking to their specific stage of performance. And so does those forever alert, immensely wary snipers who are ‘trained’ to yawn as a definite ritual in their essential awareness. This latter taking to a full fledged unfurling of the yawn upon the face overriding the traditional notion in its appropriateness in stifling instead though tends to be more psychological in basis. As a trait evolving through the stage of human beings attaining their present level in existence, yawning asserts as an ingrained instinct almost crucial to the very survival of individuals by manifesting as a means of harbouring alertness towards any possible danger. And it is through such manner of occurring that yawns also proceed to govern certain very important life functions indeed despite its prevailing perception in not so positive a light of projection.

Essentially therefore, in being aiding of various life processes, the letting out of a yawn brings upon that feeling of relaxation and gratification typically entailed out of other such activities in rejuvenating the body such as the ultimate bliss of sleeping. Yawning feels good indeed, the kind that you let take over entirely and for as long as it tends to play out through in all the extents of wideness your mouth could possibly achieve. Interesting as well is the mechanism of contagious yawning that take shape as a different form of the reflex in fact. Spontaneous and contagious yawning are sometimes understood to be two different ‘types’ of it even when the grounds of their demarcation tends to be rather overlapping. Whatever that be, the fact remains that yawning is contagious indeed- an adage perhaps established and substantiated across such references unprecedented anywhere else in verifying of such oft stated cases in popular belief. But even this dimension in contagion is not devoid of the quirks that necessarily characterise this baffling occurring of the yawn.

Yawning might be universally contagious a phenomenon so much so that even completely random strangers can take a cue from a yawning you to find themselves fighting the urge for that wide stretch of the mouth. But the degree of contagiousness is even more intense with respect to those who happen to be emotionally close as well. Endowed thus with a personal element in its spreading even while harbouring a socially relevant function is the yawning dominance so potent that drives one to discomfort upon their display of the audacity to dare stifle that occurrence in very natural basis.

Coming back to account for the immense functional prospect rested in this drive indicating of a number of possible state of both physical and mental existence and the mechanism of working of the yawn makes for a case in surprising revelation. The response to the body lacking in oxygen and parallelly abounding in copious amounts of carbon dioxide is not the first line of action- or in fact any of it indeed as previously believed to be the instigator of the yawn to function. This fallacy in interpretation of the yawn though hails from its as partially mistaken identity in being exclusive to such negatives as boredom and tiredness.

The more valid and most popular understanding today happens to be such that recognises yawning as a cooling mechanism for the brain to benefit from. Our most important organ heats up for a number of reasons which isn’t anything surprising given the extent of exertion imposed upon it in coordinating between each of the vital life processes. Whether it be in burning the calories we consume or in sleeping less than optimal durations of time or in being so overwhelmed with work and happenings that drains us completely, the brain is rather susceptible to heating up. Yawning helps regulate the brain’s temperature by letting some fresh air find its way up there to cool it down as well as provide some extra energy to deal with non exciting situations of boredom or fatigue. Interestingly though, the tendency to yawn more and yawn bigger as well is indicative of a ‘bigger’ brain, whatever that means. Heavier brains with more brain cells obviously would need more air to help the cooling process. Which might amount therefore to stifling of a yawn impeding the brain’s calibre of functioning across the intelligence unit, making it more logical a proposition to let the yawn take over in full capacity indeed.

Following up this efficient cooling up of the brain through yawning would be such assertions of its might that eke out therefore further positives from that topmost organ of importance. When yawning occurs as a means to drive away the fogginess of the brain accruing out of a sleep deficit, the resulting impact is an enhanced cognitive response and an equally optimal mental alertness. The neurochemicals that get released in the brain during the yawning process is what triggers betterment across such crucial aspects as memory and concentration, reasoning and judgement, awareness and easiness et al. In fact so effective is yawning in clearing up the brain and helping regain focus by driving away stress that it acts akin to a cup of coffee almost in this regard- minus the side effects of caffeine of course, which means therefore a better maintained circadian rhythm as well!

The enhanced experiences in alertness and cognition takes also more life saving assertions in that it helps detect signs of possible danger and devise way to keep out of it as well. In fact it might be this very basis in protection and defense that yawning evolved to be a contagious reflex very essential therefore to the very existence of individuals and entire species altogether. But what emerges as a rather striking association in this regard is the one that invokes the virtue of empathy and compassion. Empathising with the primary yawner by mimicking their action in only part consciousness as furthering the very essence of this act in immense emotional leanings, instinctively indeed as part of our natural mode of behavior is what makes the contagion called yawn a rather desired occurrence to fancy and avail of easily as well.

Yawning and the corresponding act in stretching also helps flex the body muscles and the joints. It also might be your lungs availing the benefits of that stretch as well as the muscles of the throat particularly benefitting from that wide expansion of the mouth. Additionally, the heart functioning also might experience an improvement leading you to feel healthier and awake and alert. In such extent of its functioning therefore, that disgrace of the yawn tends to be a notion in rather self contradicting assertions of what we have largely presumed it to be. As a reflex that leads one on the path of greater attention and alertness and that which despite being at times an indicator indeed of drowsiness helps instead to optimise sleeping goals and achieve equilibrium across a range of such important life processes, yawning might in fact present itself as the greatest testimony to life after all. ‘Mary Queen of Scots’ Trailer Starring Margot Robbie Is Out 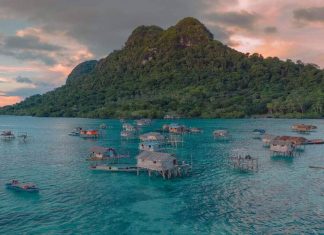 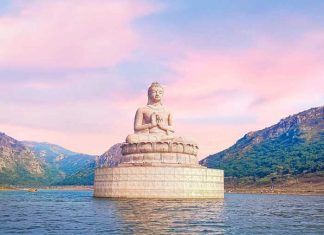