INNFINITY
Home Limitless 9 temples where men are not allowed: yeah, you heard it right! Forever have religion and spiritualism served to do away with the inhibitions of the self and the fears of the soul yet irony has it that most often religious places turn out to be the one manifesting exclusion and differentiation with rituals and doctrines at the helm. So while we continuously rue how women folk have always been categorically barred from exercising their free will to throng religious places for any reason whatsoever, it’s less glaring but no less discriminatory when it comes to even men being barred from certain places of religious significance. Here are 9 such temples in India where men are not allowed either altogether or during certain periods of time in the year, again for any reason whatsoever-

Perhaps the most well known of temples in India where men are not allowed from entering its premises, albeit for certain periods of time, is the Kamakhya temple in Assam. A Shakti Peetham nestled high up on the Nilachal Hills in west Guwahati of Assam, the Kamakhya Temple is known for its grand Ambubachi Mela, an annual rendezvous that draws a throng of devotees from all over the country and also worldwide.

The Ambubachi Mela is indeed a religious and spiritual carnival that sees the temple town come to life in all its varied devotees and pilgrims, even as the main door of the temple is shut down for five days during the period when the Goddess is supposed to be menstruating. It is only female priests or sanyasis that are allowed to serve the temple during those days and the auspicious considered bleeding cloth of the Goddess Kamkhya is distributed among devotees.

Another religious place that has its traditions running along the lines of rituals similar to the Kamakhya Temple in Assam is the Kamkhaya Temple in Vishakhatpatnam. It isn’t only the open worship policy that the two temples commonly and closely follow, it’s also the ritual of celebrating a menstruating Goddess and barring men from the temple insides during those days that hold prominence. Dedicated to the goddess Sahasrakshi and her consort Kameshwara, the temple in Vishakhapatnam also has restrictions in place that does not allow male folk to be a part of the rituals during that particular duration of time when the Goddess is having her periods.

The Attukal Bhagavathy Temple might not be among those temples where men are exclusively not allowed to enter but the place sure holds one such festival every year where only women devotees rule the roost. During Attukal Pongala, the main festival here, the temple turns into a congregation of millions and millions of women devotees- so much so that it had once figured in the Guinness Book of World Records for being the single largest gathering of women for a religious activity. During this 10 day festival, all male folk are categorically restricted from entering the premises of the temple that is very aptly known also as the Sabarimala of Women.

Every year in the month of Kumbham, the temple sees a crowd of female devotees gather and prepare the ritualistic offering of Pongala in small pots in the open to appease the ruling deity Goddess Bhadrakali, also known as Kannaki. Also called the Kumbh Mela of the South owing to the sheer vastness of the entire experience, the Pongala is what lends the Attukal Temple its unique identity and also manifests its higher regard for all women- in deity and in devotees.

Similar to its counterpart in Attukal, the Chakkulathukavu Temple in Kerala’s Alappuzha also plays host to a festival that is a women only and women exclusive affair. A Hindu temple dedicated to Goddess Durga, the Chakkulathu Kavu is renowned for its annual ritual Dhanu and Naari Puja which is a yearly occurrence sometime every November or December.

As the name suggests, Naari Puja is the celebration of naari or women and evokes the power in every Goddess. Specifically on the first Friday of December, Dhanu is a significant ritual that sees a male priest wash the feet of fasting women devotees in a mark of respect for the divinity inherent in every woman. Celebrating womenhood, which as per the Vedas and other Hindu scriptures is the highest form of power, takes centerstage during this festival during which only women are allowed to enter the temple premises. Like the Attukal Bhagavathy temple, the Chakkulathukavu temple also celebrates the Pongala festival every year, which is also basically a women specific celebration.

The only Brahma temple in the world or at least one among the very rare shrines that has the creator Lord Brahma as the reigning deity, the Lord Brahma Temple in Rajasthan’s Pushkar is however special for more reasons than one. Despite being a temple that has a male God as the presiding deity, the temple still has some restrictions in place when it comes to married male devotees.

As per prevailing religious practices derived from tradition, married men are barred from entering the sanctum sanctorum to offer their prayers to the Lord. Only offerings are accepted from the devotees from the outer hall of the shrine by a celibate priest and the puja is performed on their behalf by an ascetic. Legend has it that while Lord Brahma was awaiting his wife Savitri- the Goddess Saraswati, to perform a yagna, he had to sit instead with Goddess Gayatri for the same after marrying her which infuriated Savitri. The latter therefore cursed Brahma that he won’t ever be worshipped and also the temple barring any married man to enter the inner sanctum. The restriction stands till this day, even when the Brahma temple is widely regarded as one of the ten most religious places in the world.

Another of the temples that sits in the southern region of India has strictly ensured that men not be allowed within its premises at any point of time. The Kumari Amman Temple or the Bhagati Maa Temple in the Kanyakumari region of the Indian state of Tamil Nadu holds this distinction.

With Maa Bhagawati as the reigning deity of the temple, this revered religious site is believed to be one of the 52 Shakti Peethams and is therefore considered to be immensely sacred by the devotees. As per the puranas, the right shoulder and (back) spine area of Sati’s corpse fell at this site which is housed inside the Kanya Kumari temple. Either for this reason or because legend has it that Mata Parvati was supposedly snubbed by Lord Shiva at this very site on the day of their wedding that male entry remains restricted here to this day. Only celibate men are allowed till the gate of the temple while the married ones are completely prohibited from setting their foot inside the temple premises. Only women are allowed to worship a kanya Maa Bhagawati Durga, the Goddess of virginity and sanyas, in this temple.

Bihar’s Muzaffarpur also has a temple where men are categorially restricted during a special time of the year. A Shakti Sthal much like the Kamakhya Temple in Assam, the Durga Mata Temple in Bihar also prohibits men from entering the temple premises at a time when the Goddess is believed to be menstruating. In fact even the otherwise regular male priest who performs puja at the shrine is barred from setting foot inside the temple which turns into an all women haven for that duration. It is only on the last day when the gates of the temple are thrown open to everyone and the rush of devotees becomes an all inclusive affair.

Kerala in India is home to yet another temple that evokes the ritual of a menstruating Goddess to deny access to male devotees for certain time periods in the year. The Chengannur Bhagavathy temple in the Chegannur town of Kerala celebrates a festival called Thripputhu during which the temple is closed down for some three to five days when the Goddess is supposed to be menstruating.

The legend relating to this particular temple is however a tad different than that pertaining to the other temples where men are not allowed to enter. While it is belief that does the rituals in other religious places that also celebrate a menstruating Goddess, the residing Goddess Parvathi of Chengannur indeed does bleed once in two or three months. It is said that once the priest notices blood stains on the cloth of the Goddess, a woman priest or the Thazman Matt takes upon the daily proceedings.

The idol of Parvati is shifted into a small room off the sanctum sanctorum aside from her husband Shiva and the temple remains closed for four days. It is only on the fourth day that the idol is bathed by women in the Pamba river with pomp and grandeur in a ritual known as arrattu. Only after all such rituals are done with that male priests are allowed to do the abhisheka of the Goddess.

Maharashtra’s Trimbakeshwar Temple has a distinctive claim to fame when it comes to being a presence among the list of temples where men are not allowed in India. Here the basis of distinction against men is egalitarian rather than ritualistic. Originally it were women who were not allowed to enter the inner sanctum of this temple in Nashik which has Lord Shiva as the reigning deity. However after a 2016 Bombay High Court order that ruled that since women could not visit the inside of the temple it would only be fair that men were also denied access to the premises. As of now therefore, entry to both men and women stands restricted within the premises of the Trimbakeshwar Temple. 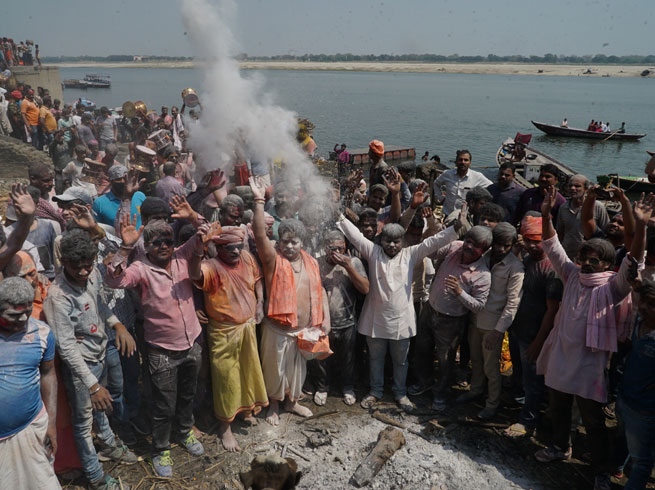 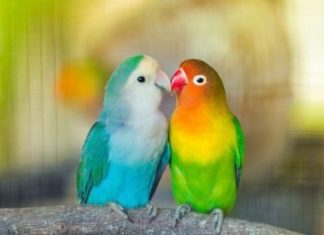 Perils of the love bug