As the current coronavirus infection, identified as the COVID-19 that is caused by a new strain of virus, continue to advance more its pandemic status, the entire world is staring into the face of yet another of those catastrophes that history has witnessed far many times that what we might be aware of. Throughout the years, deadly afflictions like the one doing the rounds currently has been seemingly ‘normal’ cases of flu and cold that erupted sometime thereafter into such a malicious spree of killings that have threatened the very existence of human kind every now and then. In the wake of the current calamity, here’s revisiting all such pandemic outbreaks in recent history that had the whole world reeling under their devastating impact –

A recent pandemic, however not one of very recent origin is the HIV/AIDS breakout that has been widespread across the globe in varying degrees of severity. At its peak, the pandemic unleashed a reign of terror during the 21st century with 2005 through 2012 even when the outbreak began as far back as in 1981. Since then, the deadly disease has claimed more than 36 million lives all through even as medication for the illness was developed sometime in the 90s itself.

The human immunodeficiency virus was first identified in the Democratic Republic of the Congo in 1976. A virus touted to have been a manifestation of a chimpanzee virus that transmitted to humans in West Africa way back in the 1920s, the AIDS pandemic particularly engulfed the world during the later part of the 20th century. About 64% of the world population infected with HIV live in the Sub Saharan Africa where roughly 21 million people or 5% of the population suffers from this deadly disease. However with advancement in medical sciences and loosening of social stigma to a great extent, lives have been saved as both physical and mental trauma has been lessened to a considerable degree.

While swine flu is a disease caused by a virus afflicting mainly pigs and is a condition that prevails even in the present day, it has been the 2009 outbreak of the disease that emerged as a threat characteristic of a pandemic. A new strain of the H1N1 virus that originated in Mexico was responsible for this outbreak in the spring of 2009 that had the whole wold within its threatening engulf.

As the new virus claimed anywhere between 151,700 and 575,400 victims from among the 1.4 billion people it infected within a single year, this bout of the swine flu caused by the type A influenza virus proved to be more evasive and dangerous than any the world had ever witnessed before. Also this version of the swine flu proved to be somewhat baffling as well- unlike other bouts of flu that generally claimed elderly lives, the 2009 outbreak saw almost 80% of the reported deaths to be of people younger than 65.

Another severe pandemic induced by a Influenza Type A virus was the flu pandemic of 1968 that claimed more than a million casualties after spreading to many parts of the world having originated in Hong Kong, China. Also known as the Hong Kong Flu, the 1968 outbreak was still less deadlier than its predecessors; with a mortality rate of .5%, this version seemed comparatively less fatal, at least on paper. However, considering the death toll was a product of a transmission over a mere 17 days, this flu caused by the H3N2 strain of the virus was no less pandemic a force than any the world has been witness to.

From the first reported case in Hong Kong on July 13 to some 500,000 cases of illness within two weeks, the virus swept over huge numbers in Singapore and Vietnam proceeding further over the months to near as well as faraway regions like The Philippines, India, Australia, Europe and the United States. A strain of seasonal influenza prevalent even now, the H3N2 virus was finally contained when a vaccine for the same was developed, but not before the virus had already caused massive uproar.

Again an influenza outbreak first reported in China, the Asian flu pandemic was a category 2 flu pandemic outbreak of avian influenza that lasted for almost two years from 1956 to 1958. With approximately 2 million deaths, the disease continue to ravage the world for months altogether before a vaccine was developed in 1957 and the virus could be somewhat contained since then. From China’s Guizhou province, the flu spread rapidly as within months Hong Kong, Singapore and the United States reported numerous cases.

The Asian Flu or the 1957 Influenza Pandemic originated from mutation in wild ducks combining with a pre-existing human strain and existed for 10 long years before finally going extinct in 1968. From exhibiting minor symptoms of cough and fever to life threatening conditions like pneumonia, flu patients were affected variously. Generally considered to have been the least severe of the three influenza pandemics of the 20th century, the Asian flu played havoc in two waves, with the latter wave being signifcantly more deadlier than the first.

With an estimated death toll ranging somewhere between 20 million to 50 million, the 1918 flu pandemic is undoubtedly one of the most severe outbreaks in recent history. The unusual deadly influenza pandemic was caused by an H1N1 virus with genes of avian origin and infected some 500 million people worldwide. A death rate that counted to a whopping 10 to 20%, the flu affected vast populations from the south seas to the north pole and resulted in the death of so many that had many indigenous communities pushed to the brink of extinction.

From infants to toddlers to juveniles and young adults as well as the elderly, the flu spared none and spread so rapidly that the first 25 weeks itself witnessed half of the total deaths. The extent of fatality was enhanced by the cramped conditions and poor wartime nutrition that came to characterise vast parts of the world during this period following the First World War.

However this bout of really disruptive, deadly flu that infected over a third of the world population and claimed one fifth of them did not likely originate in Spain as its name may point to. The name stuck perhaps because as a neutral nation during the war that allowed freedom to its press, the earliest accounts of the illness emerged from Spain. Notwithstanding its origins however, this bout of the flu was quite distinctive as it brought to play a high mortality of even the healthy younger population unlike the many other giant killers of the times.

Perhaps the longest spree of terror the world has ever witnessed in the guise of a pandemic is the sixth cholera pandemic that spanned not just years and decades but also centuries. From 1899 to 1923, the ravages of cholera claimed the lives of more than 800,000 people in India where from it originated and spreading therefrom to the Middle East, North Africa, Eastern Europe and Russia. Even within this vast period that encompassed the sixth outbreak, there had been numerous time spans associated with regional outbreaks. The 1910- 1911 period during the sixth cholera pandemic was the last witnessed by America even though it continued unabated in India for many more decades to come.

The Russian Flu or the Asiatic Flu as it was called developed in the 1889-90s from a strain of Influenza A virus identified as the H2N2 though recent discoveries point it all to be the work of the H3N8 virus. The first true epidemic in the era of bacteriology that claimed a million lives all over in the span of a few months, the disease attained its peak mortality state in a mere five weeks after new development of transport links had made the virus to be far easily travelable from one region to another. First detected in Russia, the disease spread rapidly through Europe, America and the rest of the world, compounding mortality rates and allover transmission by virtue of the rapid population growth of the 19th century.

Perhaps the most devastating of pandemics recorded in human history has been the period recognised as that of The Black Death that claimed somewhere between 75 million to 200 million lives in Eurasia, from 1346 through 1353. A devastating epidemic of bubonic plague that struck Europe and Asia in the mid 1300s, the black death is supposed to have wiped out over half of Europe’s population.

Caused by a strain of the bacterium Yersinia pestis that was spread by fleas living on infected rodents, the plague probably crossed over to continents through merchant ships that were frequented by the plague carrying rodents. The Black Death was the first major European outbreak of plague and the second plague pandemic and resulted in a myriad of really profound impacts on European history.

Known also as the Pestilence, Great Bubonic Plague, the Great Plague or the Plague, or less commonly the Great Mortality or the Black Plague, the disease was characterised by strange swellings that developed on the body that oozed blood and pus and led on to bouts of fever, chills, vomiting, diarrhea, terrible aches and pains and consequently, death. An extremely contagious disease, the plague had wider repercussions than what one would expect of a medical malady- with religious persecution of Jews, an ironic betterment of economic conditions for Europe’s labour force et al being highly visible aspects emerging out of the unprecedented devastation caused by the plague. By the early 1350s, the plague appeared to have settled down though it still would reoccur in imminent and even later history, though with lower morbidity attached to it. 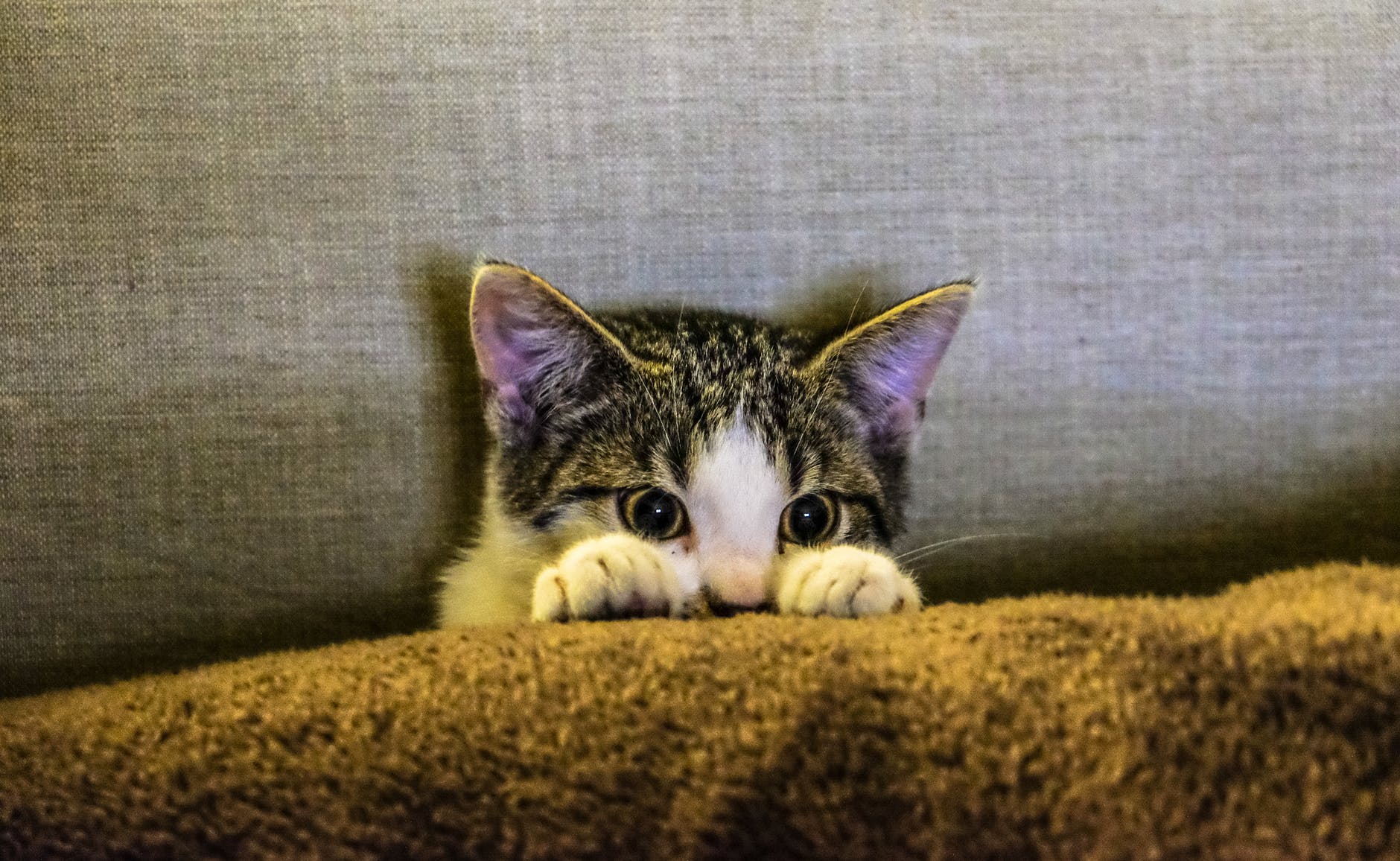