INNFINITY
Home Limitless The best photographs of war are from the worst times faced by... With the visuals of Wing Commander Abhinandan Varthaman doing the rounds of social media in a frenzy, a humanitarian question arises somewhere in the midst of all these visual madness….are war photographs ideologically correct? Some great photographers of war have been accused of voyeurism, of misleading the people by diluting the fine line between art and humanity, while there are other great war photographers who have died in the conflict zone while trying to capture the images to showcase the horrifying aspects of war to the common man….

The greatest combat photographer of all times, Robert Capa, a Hungarian by birth fled his country during the repression and settled in Berlin. Later he moved to Paris as a photojournalist and has covered five wars – the Spanish Civil War, the Sino- Japanese War, World War II, the Arab Israeli war of 1948 and the Indo – China War. His speciality is that he covered all these wars directly from the battlefield, creating photographs which depicted the war zone from the perspective of the common observer, at close quarters which was showcased by his words…”If your photographs aren’t good enough, you’re not close enough….”

Capa died in the conflict zone of Vietnam by stepping on a land mine.

Neil Davis confessed to having been “addicted to combat”- he was only 15 when he left his Tasmanian high school to join a film unit and later to become a camera man with the Tasmanian Broadcasting Commission. He worked for an international news agency while covering the Vietnam war from the battleground. Davis believed that there was always more power in the pictures than in words, so he worked all alone in the conflict zone spending time with the south Vietnamese soldiers while capturing the reality of war in his photographs. He was injured many a times during his long sojourns in South East Asia and finally lost his life while filming a coup in Thailand in the year 1985.

Davis maintained many war diaries and all the front pages of these diaries had these words written on them…”One crowded hour of glorious life Is worth an age without a name….”

David Gilkey, a Portland resident learnt photography from his father who had a darkroom in his own house.  He studied photojournalism and later worked as a staff photographer for the National Public Radio (NPR), an organisation specialising in sound where he added the visuals. He covered the conflict hit Afghanistan and Iraq and captured the nuances of those tough times dipped in beauty and poignancy. His photographs captured more than just news, depicting more of the personal struggles of the people caught up in the conflict situations. Gilkey always said, “”It’s not just reporting, It’s not just taking pictures, its more of do those visuals, do the stories, do they change somebody’s mind enough to take action?”

David died by burns and smoke inhalation when the convey he was traveling in strife torn Afghanistan was caught in a firefight.

“But everyone cannot be there, and that is why photographers go there – to show them, to reach out and grab them and make them stop what they are doing and pay attention to what is going on – to create pictures powerful enough to overcome the diluting effects of the mass media and shake people out of their indifference – to protest and by the strength of that protest to make others protest.” – James Nachtwey 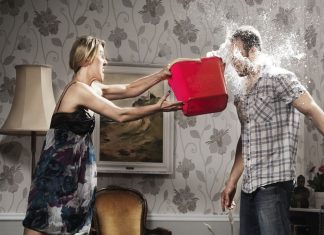 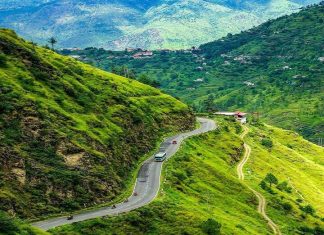