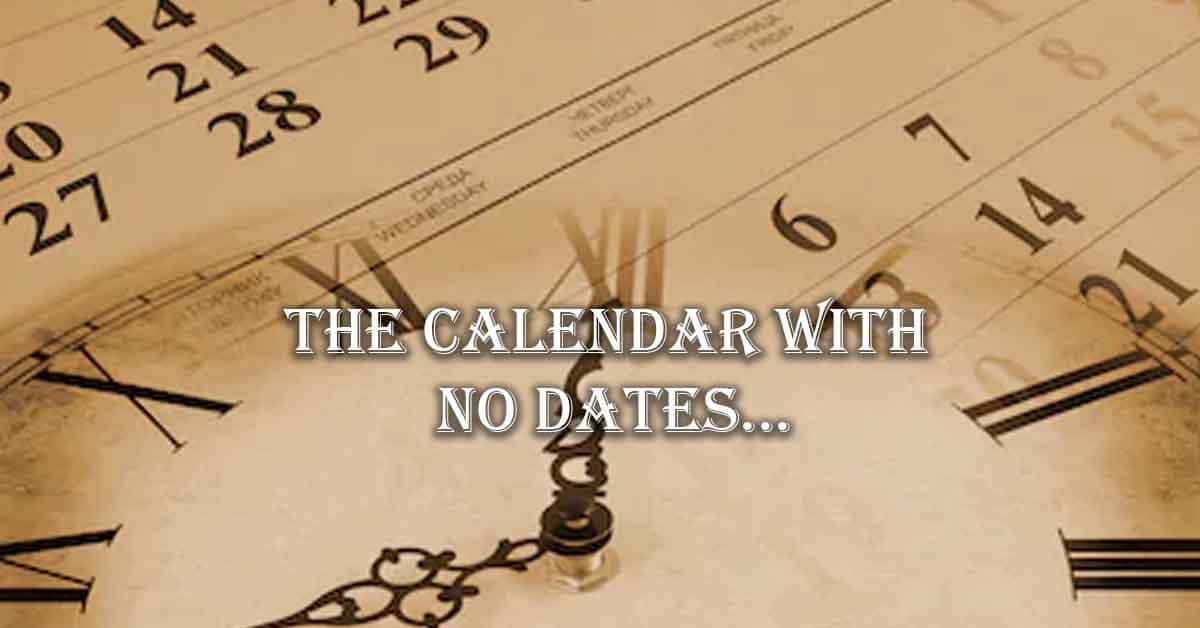 This calendar has eight days in a week, 28 days in a month, and 13 months in a year. And the months have no dates.

A lot of people may think that I have gone crazy, and trying to write about something which does not exist.

In the 21st century, it is natural for the people to be surprised with this calendar because we all follow either the Julian or the Gregorian calendar.

As a Jaintia tribal girl from Jowai, I take this opportunity to let the world know that how our ancestors neatly had thought of the unique eight-day week.

For the tribal Jaintias in Meghalaya, it is a centuries-old practice to follow a unique calendar with eight days a week, and 13 months a year.

The tribal Jaintia people find the calendar very simple to use. The days in a week, traditionally, are linked to weekly markets in different localities or villages.

The Iawmusiang and IawKhyllaw are the biggest weekly bazaars in Jaintia hills. People from far flung areas assemble to buy and sell their produce at the weekly markets.

It is days, and not dates that are important for the tribal Jaintias. There are a lot of people named after the days they are born.

“My grandmother’s name was Hat Lyngdoh Mohrmen because she was born on a day called “Hat” in Jaintia traditional calendar,” Helpme H. Mohrmen, a gospel preacher and well known writer, said.

Though there is strong influence of Western culture in the tribal societies of Meghalaya, people still name a child as “Chai” when he or she was born on Muchai.

Similarly, the ones with the name “Long” were born on Mulong. And a person with the name “Sin” has not committed any offense or crime. He or she was born on Pynsin.

The traditional calendar has no year ending but it continues with the changes of the four seasons.

The Jaintia tribals, also known asPnar, do not have do not have concept of year end because they do not use dates, just days and months, which are according to the transition of the moon around the Earth.

The concept of calculating months is based on position of the moon. It is still being followed in rural areas for agricultural activities, especially sowing of seeds.

There are 13 months in a calendar, and according to the tribals, a month has 28 days. The month is calculated on the basis of the transition of the Moon.

The Jaintia tribals have no explanations for the unique calendar. But, it is said that a lunar calendar is an almanac based upon cycles of the Moon’s phases or the synodic months.

The Jaintia calendar begins with the full Moon. The cycle of the Moon orbiting around the Earth is 28 days. The original 13 moons and 28 days cycle was also used by the Egyptians, some Native Americans and the Chinese.

Scientists describe the 13 Moon and 28-day in a harmonic time space matrix. It takes the moon 28 days to orbit around the Earth. The Moon makes this orbit 13 times each year, and in 364 days.

While is it being claimed that the tribal Jaintias had migrated to the present day Meghalaya from the far-east, may be from Cambodia, the unique calendar is definitely a subject for proper discussion now.

The Jaintias are of the Mon-Khemer stock, and their distinctive oriental features always connect the tribal group to Cambodia, Vietnam and China.

As per reports, a lot of indigenous tribals in Vietnam and Cambodia still follow a calendar similar to the Jaintia almanac, mainly for their religious ceremonies.

I am a too young a Jaintia tribal girl to comment on our ethnic roots. But, I am proud that my ancestors had adopted an almanac, which is not only traditional, but also carries along with it irrefutable scientific explains.