INNFINITY
Home Limitless The duality of ragging in college life

I remember the first time that I was ‘ragged’. It was back in 2000 when the buses were playgrounds of stolen glances, sweet friendship and mixed rivalries. Noticing my shy and hesitant composure, a senior had asked me to walk up to the most boisterous bunch of the lot and propose to any guy of my fancy after a short self introduction.

Now ragging is something that I’d previously been warned of as a ritual of sorts that one must comply for peace with college seniors and eventually to climb up the social ladder. So be it. Despite the shrieks and whistling, I took a deep breath, selected my best composure, and chose the quietest boy at the corner to display my coy smile with a “Will you go out with me”? Imagine the horror when the boy that you just proposed on a dare (he accepts) turns out to be the commanding senior’s current beau! The ‘incident’ was taken in great outbursts and good humor and inevitably, I was reminded about the episode in gigantic amounts of cackling mockery by most of the seniors for the past next months.

The concept of ragging as a form of playing practical jokes is deep rooted in any institutional arena as a way of greeting in a new batch of freshers. This works as a way of acclimatizing the newcomers to the age-old ways of a prevailing social and educational culture of a college. Balance of authority is after all, natural and indispensable among all species. Some may even say that it is a necessary evil for the discipline and prevailing order of the centuries old evolved good.

Ragging was indeed a humbling experience for me because I had never faced the need to introduce myself prior to this period of my life or even played to the whim of a total stranger. Eventually, through reserved smiles and in moments of scholarly interactions, the seniors went on to be the best thing that touched my four years of struggling college. They grew to be a worthy source of mentoring through notes, canteen tutoring, and even in sensitive dealings with the college faculty. Eventually, after a teary and sweet farewell to these same seniors, some of them have still kept in touch on social media sites while some others have come and gone with the changing tides. This was a growing experience for me in the meantime since I was exposed to the new friendships that helped me tremendously in building some newfound confidence as well as helpful contacts that I have often called upon in my career after college.

The word ‘ragging’ holds different connotations for different individuals. As it is, the practice of ‘ragging’ can be testing for a few students to accept. In fact, different seniors and freshers respond in different ways towards the idea of ragging. While a few would consider ragging as an excellent way of bridging the gap between newcomers and seniors, there are also others tend to see it as humiliation or harassment.

The term ragging invokes negative connotation in some minds because the concept has been tarnished to some extent by the deviant behavior of campus rowdies. If ragging tends to act out as disturbing act in some cases, the reason can only be attributed to the disturbed minds of some students and not to the institution of ragging itself. However, ragging cannot be dismissed entirely as redundant. When such student interactions are conducted in an open and welcoming atmosphere, they can only come out as a fine way of relation building among juniors and seniors.

‘Don’t do unto others what you don’t want done unto you.’ It would do well for seniors to keep away from forcing the newcomers into conducting uncalled for activities that can not only spoil their enthusiasm towards college but also make them feel unduly humiliated. It is most vital for seniors to remember that that they were the victims of the same situation with their own share of college seniors as well.

The first interaction between the college senior groups and the new fresher makes for an ice breaking coronation ceremony wherein the seniors proceed to welcome new students into the faculty whilst taking on the role of the older and wiser. This is a way of orientation into a new way of living and conducting of everyday college rules and norms.

As a way of mocking and jesting at juniors, seniors tend to test out the social capacities and behavioral capabilities of the newcomers. This picking out of juniors for a one on one interaction has often formed strong bonds in college life that have graduated to lifelong friendships. This team development exercise in college through practical jokes and dares is timeless and can only be seen as a ritual that must not be corrupted and be continued forward as a way to build oneself better to face the unpredictable hailstorms that visit our lives. 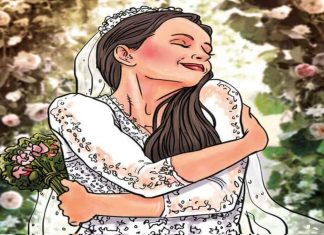 Soloing it through life, marriage included! 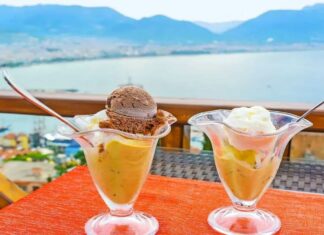