INNFINITY
Home Limitless The Ethereal Mysticism of a Buddhist Monastery I had spent a very short time during my childhood in Arunachal Pradesh in the north-east part of India and there in my wild ramblings as a child I happened to stumble into a Buddhist monastery. I met a young  lama there and spent some time with him and was fascinated by the ambiance of mysticism that prevailed.

Later in life, I read an enchanting novel called Lost Horizon by English author James Hilton. I was a young girl then but the concept and the entire content of the book fired my imagination and touched my senses. Today I still feel that charm and so the desire to pen down my thoughts.

The Shangri-La of Hilton’s novel is a lamasery in the wilderness of Tibet, far from civilization but fitted with all modern amenities like central heating, modern baths and musical instruments. The lamas at Shangri–La also spoke perfect English.

The natural beauty of the valley is amazing, set as it is in the mountain Karakal or Blue Moon.The philosophy of the valley is that they don’t appreciate time and do everything moderately which is the key to their happiness and longevity because the inmates their live for hundreds of years.

The hero of this novel is Hugh Conway who is in the British diplomatic service and along with three persons were kidnapped while travelling in a plane  to an unknown destination Shangri–La.

There is no link between the lamasery of Hilton’s Shangri–La and the lamaseries in the modern world because Shangri–La was a Utopian place born out of the author’s imagination. Yet the ethereal mysticism in Buddhist monasteries is as enchanting for those seeking beauty spiritualism and peace.

Temples in Buddhism represent pure land and pure environment of Buddha. Traditional Buddhist temples are designed to inspire both inner peace and outer peace. Buddhist worship is called puja. Worshipers chant to show love for Buddha. They make offerings of flowers, candles and pure water at the shrine to thank Buddha for his teachings.

Interestingly Arunachal Pradesh has some of the most beautiful monasteries which are yet to be explored by tourists.The monastery at Tawang is the biggest in India and the second biggest in the world.

One of the outstanding features of a Buddhist monastery are the flags. The different colours of the flags represent tranquillity, ascension, the infinite, purity and healing. The spiritual and cultural meaning of Tibetan prayer flags is timeless and powerful. The gentle waving flags are said to send out positive energy. Buddhist Tibetan prayer flags have their roots in India where sutras were written in cloth. Sutras are short pieces of text derived directly from Shakyamani Buddha’s discourses in India 2500 years ago.

The Buddhist chant ‘Om Mani Padme Hum’ is also meaningful. Chanting is a way to keep the mind occupied and create a single point of focus. The chanting is there to remind us of the attributes of awareness, clarity of mind,wisdom and compassion.

Butter lamps are also a conspicuous feature in Buddhist temples. The lamps were traditionally burned in clarified yak butter. The butter lamps also help to focus the mind and help in meditation.

When I look around me today, the squabbles over religious beliefs,the fractured meaning of secularism, the materialistic values of this generation, I believe there is a need for spiritualism and Buddhism offers that kind of spiritualism which is unique in the way that it revolves around practising generosity,practising virtue and developing the mind. Buddhists believe that true happiness does not come from from material possessions and humans have the ability to give up greed and hatred.

Buddha said that desire is the cause of all the sufferings.

I don’t know what inspired James Hilton to write his novel Lost Horizon. It certainly inspired me.

Hilton had said that on the eve of 1932 it was a hard winter, the lowest point of the Depression and there was the threat of War to come.It was at this time when it dawned on civilized man that military victories did not bring peace. It was in this mood that Hilton wrote Lost Horizon.

Hilton himself did not visit Tibet but he had read accounts of missionaries who travelled in Central Asia. He climbed the English hills with wild thoughts of Kanchenjunga and the Everest. Yet he had a strange feeling that he had seen this land with his own eyes, heard its voices and chants, breathed the thin icy air of those magnificent mountain passes.

Hilton saw motion pictures made by people who had made trips to Tibet. Further strange he says he had met a traveler of Tibet who had actually found the lost valley of Shangri-La that he wrote about, a haven of strange beauty and peace, hidden amidst the highest peaks of the world very much like the Shangri-La Hilton had written about. Strange and unbelievable and awe inspiring. 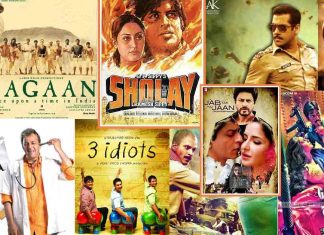 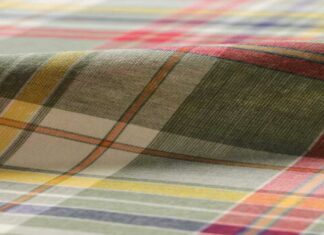 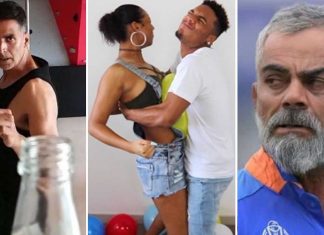