There is an altogether different realm of dignity from which arises the prestigious power of what is undoubtedly one of the most coveted awards to be ever endowed in all of human history. In lauding the exemplary achievements of humankind across its five functional areas of specialisation viz Physics, Chemistry, Medicine, Literature, Economics and Peace, the Nobel Prizes encompass a distinction exclusive to it that which focusses also on the pathbreaking distinctions eked out in each of its field of catering. Quite improbable it is therefore then something as revered and ‘serious’ as the dignity of the Nobel Prize could be contended, though not in exact terms but anyway whatsoever, by a parallel such distinction that derives its premise from not just the grounds on which the esteemed recognition of the Nobel stands but also as audaciously from the very name of this august honour that validates some of the worthiest workings by man.

Awarded annually since 1991 are the Ig Nobel Prizes that are but a similar series of satiric awards celebrating ten unusual or trivial achievements exclusively in the area of scientific research. With its aim to “honor achievements that first make people laugh, and then make them think”, the prizes derive their name as a pun on the more distinguished Nobel Prize and simultaneously also as a similar play on the term ignoble. The very essence that the Ig Nobel Prizes seek to stem in permeates however not just the methodology of its operation but also the mode of it. Organized by the scientific humor magazine Annals of Improbable Research (AIR), the Ig Nobel Prizes are presented out every autumn by real Nobel laureates in a gala ceremony in Harvard University’s Sanders Theatre, as 1100 splendidly eccentric spectators look on as some of the most amusing ‘achievements’ ever afforded by man are recognised and celebrated, of course all in good humour but most importantly in what is a proactive and unique approach to present the realm of the sciences as one not just serious, but also as affording of interesting curiosity.

Created by Marc Abrahams, editor and co-founder of AIR, the Ig Nobel ceremony is co-sponsored by the Harvard Computer Society, the Harvard–Radcliffe Science Fiction Association and the Harvard–Radcliffe Society of Physics Students and comes across as an event no less amusing than the purpose it furthers. With each recipient of the award receiving only 60 seconds to explain their ‘distinguished’ finding that claimed them the recognition and which they in all universality tend to exceed in evidently self pompous manners of giving themselves the airs, a running joke marking the ceremony is a certain Miss Sweetie Poo, the 8 years old time keeper who repeatedly cries out, “Please stop: I’m bored”, in a high-pitched voice if speakers go on too long. Also with such traditions as throwing paper planes onto the stage directed at the winners a prominent feature of the annual mid- September event, a Harvard physics professor and 2005 Physics Nobel laureate Roy J. Glauber swept the stage clean of the airplanes as the official “Keeper of the Broom.” Traditionally closing off with the words “If you didn’t win a prize—and especially if you did—better luck next year!” that once again reiterates the ‘commitment’ that the Ig Nobel Prizes started out with, bringing to the greater world view such inventions and innovations “that cannot, or should not, be reproduced”, the ceremony however continues with the awardees’ public lectures two days later at the Massachusetts Institute of Technology. With considerably more time, plus a projector at their allowance, all the winners get to explain themselves and their research more fully, and discuss details with the audience, safe from the prospect of add on embarrassment brought about by a little Miss Sweetie Poo.

Despite their nature rooted in the unusual, the Ig Nobel Prizes choose to recognize genuine achievements, except for those awarded in the first year to three fictitious scientists, in any case highlighting research that encourages people to think in unusual ways. in its own stating that recognize the universal truth of “A lot of good science gets attacked because of its absurdity. A lot of bad science gets revered despite its absurdity”, the Ig Nobel Prizes tends to perpetuate a humorous look through into the world of science, often understood as a domain of the bland and the boring. It’s perhaps in taking a route all the more diversive that the Ig Nobel Prize seeks to accord science its rightful place of dignity in a manner comprehensible not just through the lofty interpretations of what the intellectual standards of the genuine Nobel Prizes entails, but in terms that are more accessible to the common folks, so that they gain attention of all and sundry, of whom it is meant to concern. In intending “to celebrate the unusual, honor the imaginative — and spur people’s interest in science, medicine, and technology”, the Ig Nobel Prize identifies absurd yet useful knowledge, drawing such usually unintentionally funny references from science so as to make it more accessible.

Aptly then, everything ranging from the real to the ridiculous has not been discriminated upon by the awards when it comes to catering to the vast expanse of science in some way or the other. Be it John Martinez of J. Martinez & Company in Atlanta who received the 1995 prize for nutrition for luak coffee, which is very much a thing today or Jillian Clarke of the Chicago High School for Agricultural Sciences, and then Howard University, for investigating the scientific validity of the five-second rule about whether it’s safe to eat food that’s been dropped on the floor that earned him the 2004 distinction in public health, or the 2015 awarding of the Ig Nobel Prize in chemistry to Callum Ormonde and Colin Raston, and Tom Yuan, Stephan Kudlacek, Sameeran Kunche, Joshua N. Smith, William A. Brown, Kaitlin Pugliese, Tivoli Olsen, Mariam Iftikhar, Gregory Weiss, for inventing a chemical recipe to partially un-boil an egg, the remarkable, nearly two decades long celebration of science in whatever way possible by the Ig Nobel Prize has surely brought to fore the tremendous potential harboured even by seemingly silly, meaningless propositions explored by the human mind. However, the legit premise on which this particularly amusing conferring of awards work is not completely lost on all, as a certain 2006 prize claimant in the field of biology that showed one of the malaria mosquitoes (Anopheles gambiae) is attracted equally to the smell of Limburger cheese and the smell of human feet led to such practical measures acted out like traps baited with this particular variety cheese placed in strategic locations in some parts of Africa to combat the epidemic of malaria. Also with physicist Sir Andre Geim receiving the 2000 Ig Nobel Prize for levitating a frog by magnetism and a Nobel Prize exactly a decade later for his work with the electromagnetic properties of graphene, this parody of science establishes its diligence as a means of furthering the impact of its reach rather than ridiculing the truth of it, which is what it might seem to purport in the first place. In devising a way of laying bare the silliness allowed even within the purview of something as sombre as science, the Ig Nobel Prizes might have actually acquired a distinction that renders them as validated a celebration of the genius of the human mind, albeit in a different understanding than what the Nobel Prizes sans the ‘Ig’ have been doing for more than a century now. 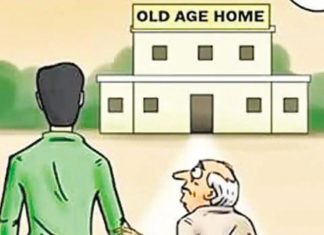 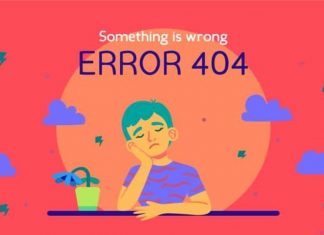 Over and out with workplace boredom