INNFINITY
Home Limitless The irony inhibiting the freedom of choice Life has always been a set of virulent ironies. Virulent we say because most of the harbourings in our existence are so rooted in belief and conviction that it becomes difficult to get rid of them. Take for instance the very nature of life itself. We live to die. Conspicuous as it might seem to be a theory in essence, a deep pondering over it all necessarily bares the fragile truth beneath it that is at least as fragile as the entity of life itself. We live through joyous days, we attain it all, we have the best of lives and innumerable happy moments, and yet nothing in the world, no achievement and no celebration, no amount of good health and certainly no amount of wealth amassed can guarantee us (the boon of) immortality. It is as if we strive to die, every day that we have lived fully is nothing but an inch closer to death. Death is the most certain thing in this uncertainty that we celebrate as life. And yet we tend to view death as undesirable, almost as if it is some anomaly in the path of life when in reality life is more anomalous a nuisance than anything else.

In such perceptions of what characterises life in all its inclusiveness, we end up losing sight therefore of the truer nature of what guides our existence. In hindsight, perhaps the futility of life is also where it derives its meaning from. But this perplexity at play also tends to make one more vulnerable to numerous other ironies that life comes so vigorant in. And one irony that profusely permeates life in its legions of concern is one that is bound to the greater freedom of choice. The freedom to choose sure would be one of life’s greatest blessings. While freedom is in itself something that grants greater ‘autonomy’ to existence, that which has some daring also to choose their death, the freedom of choice is one lesser clear manifestation of it. This is one particularly empowering mode of life, yet in its duality that which perpetuates notions parallel to each other at best and contrary at worst, the freedom to choose shapes up as one of the biggest ironies we find ourselves endowed with.

Before setting out to rue however about this irony that we are talking about, it is first pivotal to realise our privileges in being at least entitled to this freedom. The freedom of choice itself is a phrase that seems like a repetition of virtues. For when you are free, you can do anything you like that which itself subdues the concept of choice. With freedom, you do not have to choose what you want to do, you simply go out and get it done. What then is the freedom to choose and what then also is the irony it resides in?

It is worth clarifying that the freedom we are concerned with here pertains not to the political nature of things. Nor is it about the basic human right that a decent living would never try to override. We instead are looking into the aspect from the viewpoint of the mind where it is a concept as abstract in origin and therefore transcends in importance the purview of the many jurisdictions of life. Freedom is as much a realisation of life as it is a component of it. Because only in freedom can we explore all that we deem to consider as integral to our being. Likewise, the scope of choice also is one that lends greater credibility to life. Even greater than what death holds in store for it in all certainty. But choice becomes an irony so tremendous at times that it unfolds as a farce rather than as something that seeks to better the experience of living until the time death beckons.

To understand the irony of choice, it’s best to stick to what we have already mentioned earlier. As empowering as the scope granted by choice might be in life, it also holds enormous to devalue it. Someone who chooses his death, mostly through suicide or assisted suicide, makes the empowering nature of choice that life grants him a fulcrum through which he gets rids of that very life. Given that death is inevitable and as sure as your being, the freedom of choice in this respect asserts as something that is as invalid in its face as your expectations from life itself. For if all the freedom you had was to be wasted in ending life, why would you have been granted this life and its freedom in the first place. That’s taking the ‘we live to die’ proposition in the literal sense of it. We aren’t anyone to judge people who choose to end their life for whatever reason but the point here is just how ironical life can be in such pursuits that are in sync with universality yet seeks to override the very essence of it. It is as if we are not already too disillusioned with existences that we had to deliberate on the irony of the freedom that seeks to make life better instead making nothing out of it.

In instances such as these, exerting the freedom to choice can be a tough call. And no, we aren’t speaking about those who actually choose the course of their life, or rather the end of it. Our concerns here are more debilitating, as it makes us unsure of the significance of life, the worth of existence and numerous such rhetorical queries that burden us during our own brushes with existential crisis. In also exercising our freedom in choosing to emulate others who did the same, the irony gets further manifested, in such percolations of thoughts that come to concentrate by and large on the culmination of life in death and therefore the meaninglessness of it all.

Not all manifestation of this freedom to choose however needs to take the graver route for it to become an irony. This dichotomy of what freedom purports to be vs what it actually is in stems also from such hypocrisies that restrict choices even in the prevalence of what they choose to give the airs about as ‘allowance of freedom’. Take for instance the choice given to a gay man to either marry a girl or remain unmarried, but not to marry the man of his choosing. In such cases, the freedom to choose is more ridiculing a concept in existence as it would have been in its non existence. The problem here is not as much as the restriction in choice between this and that and not amongst a lot as it is in the exclusion of the choice that would have served the best interests of the individual concerned. The wide connotation of choice makes it fairly convenient for society to deride the actual wants of people, positioning themselves among such a plethora of choices that is seemingly lucrative but that which holds no value whatsoever. In the face of such cunningly curated choice catalogue that make no difference with their existence or otherwise, the freedom of choice remains as it is in its face value only in theory and conveniently skewed in practice. What’s worse is that the conditioning throughout ages have also been such that forces us to laud and appreciate the choices available to us rather than hankering for something that we really want but that the society deems inconceivable.

Refer also to the alternative nature in how the freedom of choice stands to be no lesser squandered an opportunity in attempting not to be an irony. Like in the current coronavirus pandemic, when thousands of people, especially Americans have refused to conform to the mask wearing protocol arguing their right to choose what they want to do with and to their bodies, the freedom to choose stands equally dismally unvalidated. Either way therefore, whether it be society curbing the freedom of people who make up the society itself or it’s people themselves who are so vain of their access to it, freedom of choice has never been anything more or less than being an irony even within its seemingly liberating allowance.

Ironically choosing however to concentrate more on what others do to us rather than what we do to ourselves, this is just the tip of the iceberg when it comes to unravelling in fact the many disallowances that the freedom to choose brings upon us. Without the prevalence of the concept, we would perhaps had been still marginalised and ‘tyrannised’ but at least on honest terms. In the absence of any choice and any freedom, the heart would not have soared for desires of its own but that which stands disputed when it comes to clearing societal ground. Without any option to choose at our disposal it perhaps would have been easy preparing ourselves for fate and search meaning in it instead of pinning the last speck of hope on a miracle that would acknowledge our wants and grant them a coveted place in the prestigious cove of choices. The lack of choice and of freedom thereof would not have been as immoral as the curbing of our legitimate aspirations simply because others around us fail to recognise their importance or see their worth. In the freedom of choice that we have been seemingly rendered more privileged with, we have in fact been robbed more of a basic right than being gratified by it. To the extent that freedom and choice both have restricted us as concerns what we want to make of our lives, the freedom to choose therefore is a lesser irony, one that has us spirited about something that only seeks to drain the more of our essence. Be it the freedom to choose death over life or the freedom to do only such things that is deemed ‘appropriate’, we are once again surrendering ourselves to the sad truth in the proclamation of our lives as being only and only a means to death. In that the freedom to choose becomes more suffocating than it is liberating, this perhaps is one of the greatest manifestations of all of life’s profound ironies. 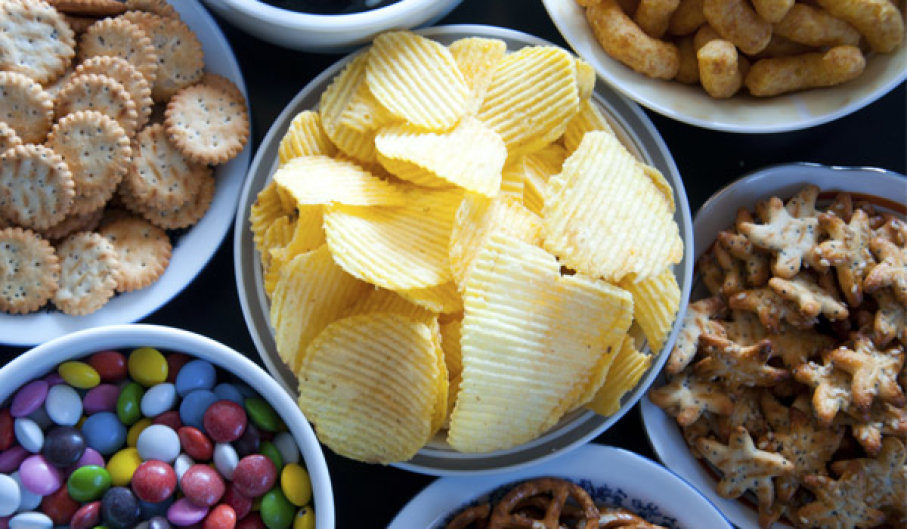 Blast from the Past: Junk Food from your Childhood