We are the emperors of our own being, the kings and queens of our lives in the disconnected islands of our existence. And it is a feel of power and control! Though we did complain a bit of the times gone by, did post a few teary eyed quotes on social media with nostalgia that probably lasted nothing more than a minute before we got back to our disconnected connections of living. Then one fine day came a “flu” called the “Corona” and with it a “lockdown” that forced our self created islands of disconnection to introspect. And introspect we did….

To discover that there were some things in the past that we did or maybe did not do, yes nothing. We did nothing and it was a natural process of our lives and it was sweet! It has now been defined as an art – “the art of doing nothing” as says the finest writings of the world like the New York Times and others. Realms have been written on this art of doing nothing and the Italians who have been worse hit by this calamity of the COVID 19 even has a term for it – “La Dolce Far Niente,” which means “the sweetness of doing nothing.” Nothing here doesnot really mean nothing as in its literal definition, nothing here exemplifies those small things in life which we can consider as nothing like watching the sunset, listening to the raindrops, smelling the old books or even just whispering sweet nothings into the ears of someone you love! So much for nothingness and the art of doing it, I could do it forever and become the finest artist of the same.

Doing nothing was something we did at all times in the past when there were natural lockdowns, when there were no viruses to make us stay at home and when staying at home was a norm and a thing which we enjoyed doing. But this did not mean that we were disconnected or we were islands on our own, we were always in conversation be it with people around us or with ourselves, these were the “Lost Conversations” of yore, which were a part of our doing nothing…

A regular morning started with the first conversation of the day, the cup of strong milked tea laced with cinnamon and ginger and the voice on the radio – it could be Annu Malik with his peppy talks about the life stories of his singers or it could even be the baritoned Ameen Sayani carrying forward the love story between two faceless souls at two ends of the world…

Then came the “milkman” with a tinkling of his bicycle and the clanging of his milkcans. One quarter of a litre being the daily dosage of milk for the household, if my mother asked for more, the conversation sparked off!

Milkman:  “So you are making kheer today?”

Mother: “Yes, today is my first borns birthday, why wouldn’t I?

Milkman: “God Bless him with a long life to savour the sweetness of many more bowls of kheer in his life!”

Mother: ” God Bless you too! And how are things back home…”

Next came the “dhobi” (washman) in his sparking white dhoti and kurta, and it was my job to get the dirty clothes to the doorstep. As I bundled the clothes towards him, the conversation began…

Dhobi: ” Hey don’t speak to me in English and my name is not Ram!”

Dhobi: ” Count the number of pieces and make the list on your note book! Pant – 3, Shirt -5, have you checked the pockets, last Sunday I got a twenty rupee note in one of the back pockets of your father’s pant, don’t tell him, I bought a few smokes with that!”

Me: “You could have shared some with me!”

Malati as usual was always late, as she rushed into the kitchen, the conversation took off to a torrent of words flying in all directions…

Malati: ” Died, who died? If anyone dies it will be my enemy! Today I came across a sick bird on the road!”

Malati: ” Oh, yes a bird, a tiny one and all its feathers had been torn and it could not fly so I took him in my hands and placed him on Hari Uncle’s balcony..”

Malati: “Then what? I just left it there and raced home to you and your never ending needs of food and cleaning utensils!”

Malati: “That what I am doing…”

Father was a man of very few words, he just spoke for his needs, a word softly escaped his lips whenever he needed his tea, his meals, his lost spectacles, his newspaper and when he played chess with his best friend…

Slowly but surely, these lost conversations and the art of doing nothing is returning to our lives in reality from those page long essays by the best writers of the world who have been defining this “doing nothing” as a Zen form of art, an art which needs to be taught to our children. In fact the online world is brimming with self help videos of new age gurus who teach you the nuances of doing nothing and charge you money for the same. Zen is being sold in dollars when Zen is nothing but your best friend next door, your milkman, your dhobi or even your own self.

Start these lost conversations and do nothing…You not only attain your Zen Moment, you come to realise that you are the Zen, you are the Moment!!

Best time to visit Shimla for snowfall and trot around the... The Changing Faces Of Fashion 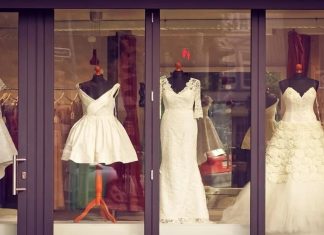