INNFINITY
Home Limitless 8 types of feminism you must know about to decide whether you... Feminism is one of those waves in the history of mankind that has been diversely interpreted, widely manifested, enthusiastically celebrated and yet utterly neglected. Feminism spews different notions for different people. But what remains at the essence of this greater fold of feminism is equality and equity for all, irrespective of gender. The fact that feminism has forever been perpetuated and understood diversely has led to the emergence of different types of feminism. Here we trace out 8 types of feminism you must know about to decide whether you are indeed some feminist or not-

Liberal feminism is so rooted in equality that it can easily pass of as a notion instilled in humanism in essence. Liberal feminists call for gender disparity to be done away in such public and social spheres that emerge based on gender causes, but are actually imposed by society rather than genuinely stemming from the differences between sexes.

The liberal version of feminism advocates for justice and sexual equality to rule supreme through reforms on existing political and legal reforms laws. It’s basically the assertion of an individual’s right to live and exist as they wish that forms the core of the agenda for liberal feminists.

Whether it be equality in education or workplace, social or political issues, this of the types of feminism is deeply ingrained in the free and fair functioning of the society in a way that impair neither gender. It calls for a more liberal view that does not seek to drastically alter the prevailing social mechanism; rather it is concentrated in making the whole social and public setup a better place to coexist for all as individuals no lesser than any other.

Exercising one’s life choices as well as asserting their rights defines liberal feminism in spirit. Specifically under the purview of liberal feminism comes such defining aspects as workplace equality and pay parity, unbiased educational and voting rights, and intangible but equally pertinent aspects of respect for women and equal rights meant for all and exclusive to none.

Radical feminism, as the name suggests, calls for radical encompassment of the need to view women as independent individuals free from the subjugation of the patriarchal notion infesting society. This is the one among the many types of feminism that is absolutely scathing in its attack on the male hierarchy as being the roots that led women to being subjected to oppression for ages.

Radical feminism tends to reside in extremes, sometimes perhaps even in vague apprehensions, trying to overrule the very basis of the gender demarcation. While some of its notions that it is the natural way the woman body has been perpetuated that leads what is called the fairer sex to be treated as weaker and therefore inferior might seem like too harsh or illogical a reason to either support or banish feminism, not all the radical views of feminism are unduly propagated.

At the core of radical feminism also rests the notion that because the traditional gender roles have been perpetuated as such that puts women at a disadvantage, it is so necessary to do away with all such demarcations. Also radically challenged are the ‘desires’ that view women as mere objects of sexual gratification including oppressive practices as pornography and prostitution. Because either of this traditional or modern gender roles necessarily stem from the sexual anatomy of the woman body, radical feminists consider it extremely necessary to do away with the whole concept of gender and the issues stemming from therein. From eliminating male superiority and doing away with all forms of violence against women, feminism in its most radical form urges to eliminate the very root of the problem that necessitated the emergence of feminism in the first place.

From radical feminism is believed to stem yet another of the types of feminism, manifested as cultural feminism. The version of feminism that obliges cultural norms also by including them within its fold has it that women have been created and moulded in a way that makes them inherently superior than their male counterparts. The female nature is believed to be a boon for the world and feminism is sought to be celebrated through cultural beliefs, though its basis on the innate female essence renders it somewhat akin along the lines of the radical views of feminism.

Cultural feminism believes that the women form isn’t just unique to men, it is also better and kinder. Essentially then, cultural feminism propagates the belief that even the defining characteristics that identify women folk are the kind that are more powerful, even when being essentially demure. It is this feminine force that is urged to be the basis of a stable human existence, one that can end wars and eliminate violence because women by nature are more loving and more considerate that the masculine notion that seeks to emphasis upon the power of the body. In their very feminine aspect that allows the world to sustain and survive, women are seen as the ones that prolong human existence on earth and are therefore culturally and socially indispensible and even unsurpassable.

Socialist feminism is a broader notion than radical feminism, even though it is not diametrically different from it. This type of feminism feeds on the inequalities propagated by society as the basis of gender disparity and does not confine or concentrate on patriarchy as the breeding ground for female oppression.

Rather, adherers of socialist feminist are strongly bound by the idea that over time some women have been so financially dependent on the male folk that they fuel the belief that women are incapable of being and sustaining their own. This has been the basis of not just inequality and the notion that women are weaker, but also is the basis which has lead to the perpetuation of subjugation of females through violence or any other means whatsoever. The uneven gender balance is sought to be eliminated by feminism in its socialist ideals which believes that even capitalism and classism are the grounds on which female oppression has been continuing unabated. Social and economic inequalities are sought to be done away with by socialist feminists to propagate a society free and fair for all including the womanfolk.

Separatist feminism is a wider manifestation of radical feminism but perpetuated on a basis that is steeped in societal radicals rather than biological differences. This of the types of feminism rests on the idea that because men have not been subjected to the subjugation that has characterised women existence over the ages, they simply cannot resonate on ideas of feminism that seek to overrule all oppression against womankind. Separatist feminists strongly oppose heterosexual relationships because they believe that men and women are different in essence and hence cannot reconcile with each other. They do not even consider any man to be a worthy propagator of the feminist cause, rather overriding each one of them as the basis at why patriarchy prevails and rules.

People who identify themselves as separatist feminists simply do not want to have to do anything with men because they feel that every man on earth feeds on the male ego that continually sidelines women and their worth. Also propagated as lesbian feminism, separatist feminism instead roots for same- sex relationship and existence of men and women as totally separate entities, not connected with each other in even the remotest way possible. For separatist feminists, man simply can’t be feminists ever. It is women who need to be each other’s supporter to achieve the greater ideals propagated by feminism.

As the name suggests ecofeminism is a type of feminism that does not explore only the female subjugation but also the associated ecological exploitation associated either directly or indirectly with it. Ecofeminists believe that there exist some sort of codependency between women existence and environmental balance. Perhaps it is equating the environment as Mother nature or deriving from essentially feminine virtues of kindness and compassion that women are believed to be the protector of the environment.

In its very essence ecofeminism therefore isn’t just a social movement. It is strongly rested in ideals of spirituality and environmental consciousness that sees man as the factor that oppresses women and nature alike. Women are seen as the ones that can reinstate harmony in nature by creating an environment that overrules injustice in every aspect of its standing.

While feminism has forever been propagated as a cause that furthers the rights and liberties of women, transfeminism seeks to extend this notion of equality also to those who don’t fall under the purview of either men or women. Referred to as the third gender or transgenders, though these people are finding more acceptance in society now, there still exists numerous factors that seek to oversee their existence and status as equal human beings. Transfeminism is all about granting transgenders rights at par with other individuals, though the struggle of endowing them with the same privilege is similar to the ones that have plagued women existence throughout history. Transfeminism therefore incorporates feminist beliefs into transgender issues to achieve the greater goal of equality and identity for all. Sexual liberation for all and gender based discrimination for none is the prime agenda of people who identify as transfeminists.

Black feminism stems from the notion that gender discrimination is so blatantly persisting because underneath it lies also a dual discrimination based on race and creed. This among the types of feminism seeks to do away with racism first which is believed to be the starting point of all other form of discrimination, including the one that perpetuates based on gender. Black feminists or womanists however are a more encompassing breed of feminists who feed off on the idea that feminism is for women of all races and classes, irrespective of social, economic or any other status whatsoever. 10 crackers to instantly get you into the Diwali mood! 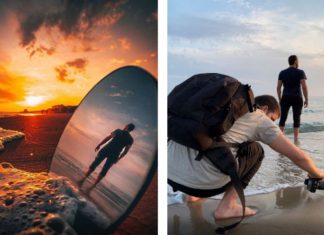 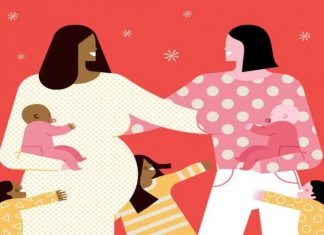