As the world warms up to the last big celebration of the year some couple of hours from now, the yuletide spirit gripping every excited soul and frenzied heart is very much palpable. It’s Christmas time, a time when it is not just the globe erupting in merriness of the celebrations that honour the birth of Jesus Christ. Christmas also is as much a kickstart to the events leading to the year winding up through its last days. In fact, so poignant has been this dual relevance of Christmas, especially in relation to the New Year that many countries across the globe revel indeed in the celebrations of X mas extending well and beyond the fancied frenzy that 31st December and 1st January witnesses. And why not as well? Christmas is noted for its affiliation with all things gay and cheerful- say pretty Christmas trees, glistening stars, twinkling presents, colorful stockings, magical mistletoes, joyous Santa(s), carol reverberations, divine cakes, crumbly cookies, sinful servings of eggnog, scrumptious feasts, furry sweaters, cosy woolens, warm experiences and so much more. There is an altogether different charm to Christmas than dawns also in its winter occurrence and that which also renders the festival a characteristic goofy vibe in the all prominent appearances of the many a Christmas sweaters, the ‘ugly’ Christmas sweaters.

Christmas is always, always marked by the time when the ugliest and most vibrant sweaters from every closet find their public expression. Hideous yet adorable, unattractive yet goofy and therefore equal parts endearing and embarrassing, ugly Christmas sweaters have been all the rage for almost two decades now, even when their rise to prominence isn’t anything so particularly recent. Standout in their very sight, that which comes across as very Christmassy assertions of red and green with essentially Christmas motifs as well, ranging from reindeer and snowmen and tinsels and candy canes and elves and Santa as well, or even more fun ones like jingle bells and pompoms, Christmas sweaters come across as an embodiment of the festive vibes inherent in the celebrations that despite their religious significance are not any subdued in the grandeur and fun of it all. You might be sulking at the very mention of them but deep down these ugly fuzzy sweaters lend you a kind of wholesome happiness that not even the fanciest of mass gowns can perhaps deliver. Traditions intact, with no added pressure to look good as per the festive mood, endowing instead with the carefree comfort you expect to enjoy the winter days with, ugly Christmas sweaters are as darling an element of the merrymaking as any other.

So how did ugly sweaters came to occupy place of prominence in the Christmas scene? These Christmas themed sweaters saw emergence sometime during the 1950s when the commercialisation of the celebrations saw it attaining a truly cosmopolitan stature. Introduced as jingle bell sweaters, these Christmas jumpers started off as quite fashionable pieces of clothing to celebrate Christmas in. Colorful still and very much in sync with the X mas spirit in their many manifestations of all things joyous, these sweaters were yet to acquire their ugly status and in fact found quite common favor. Even when in their nascency, Christmas sweaters were not anywhere as over the top as they tend to be today, they however did not quite emerge to be fan favorites, resting instead in their modest warmth for quite some time before experiencing popular acceptance.

Needless to say, as any other trend of the fashion world, the fad of donning Christmas sweaters also can be attributed to influences of pop culture. Particularly during the 1980s and the 1990s, these Christmas sweaters came to gain popularity, finding favor from a number of public figures and celebrities, mostly television presenters and singers. Specifically with the 1989 movie National Lampoon’s Christmas Vacation, Christmas sweaters became all the more common, in their characteristic cheerful flamboyance, however not really fashionable they might have come across as. But it wasn’t until the turn of the new millennium that the Christmas sweater found trademark identity with its ugly prefix, premising its surprising turn of fortunes from being hearty fashion to facing shamed depreciation. Even thereafter however, the by now very much ‘there’ sweater continued to embrace the furore of fame, spinning from the 2001 film Bridget Jone’s Diary where the character Mark Darcy dared to sport one such hideous ensemble featuring a giant red-nosed reindeer. Triggering therefore quite ironically the skyhigh fame of the Christmas jumper by transcending it over to the realms of the ugly, it inevitably became the garish quotient of these funky Christmas staples that came to govern their appeal.

Even today, the ugly charm persists, presenting to you in a form that might stem from the old world love of your grandma’s knits, something you reject at first sight but grow up to love in all of its encompassing emotions. It is that rather unsightly piece of delight that remains tucked at some corner of your cupboard all the time, emerging only once in a while every Christmas to let you feel its endearment of nostalgic warmth. Humble but heartwarming, steeped in a place not so much of pride as it is of possession, the ugly Christmas sweater has rode upon its sleigh of unassuming popularity to snowball into a phenomenon, that which finds celebration of its ugly beauty in the numerous ubiquitous Ugly Christmas Sweater Parties that which saw a beginning in Vancouver in 2002. Putting on an ugly sweater, Christmas themed too, at that, sounds very unappealing of parties. Yet in allowing you to roll down your sleeves after a year’s worth of hard work and toil or even parting the ‘hard’ way, your ugly Christmas sweater blesses you perhaps by liberating you. In not expecting you to shine out and have you rather enjoy your way, laidback and chilled and unbothered, ugly Christmas sweaters seem to be so encompassing of the spirit of Christmas itself. Relieving folks perhaps somewhat of the requirement of reverence that Christmas as essentially a religious celebration might seem to entail, and instead have people bond over shared experiences of the ugly to the extent that it seeks to be more beautiful than anything else, ugly Christmas sweaters raise a toast to the bonhomie and merry making Christmas has always sought to be synonymous with. No wonder then that even in their ugly essence, that borders most along the lines of outrageously cute to funnily funky, even the ugliest of Christmas sweaters stand out by themselves in their jolly vibe and the characteristic innocence they somehow end lending to even the gruffiest and grumpiest of wearers. In being annoyingly adorable, hilariously hip and desirably delirious, the ugly Christmas sweater indeed has evolved. Even when continuing to be the same ol’ face of ridicule, but light hearted and all in good nature, these ugly beauties has redefined the many standings of what beauty tends to be. Today the ugly Christmas sweater have attained a standing that which makes it an absolute must feature in every Christmas checklist. From being the eyesore looked down upon with disdain as it once was to now being an indispensable element of the Christmas aura, the jolly vibe inherent in the ugly sweater has come a long way. To even now finding purposeful expression in haute couture, this has been one particular fad that proves once again that we don’t catch up with fashion; fashion has to catch up to how stylishly we view every aspect of the world as. To the beautiful and the ugly, to the merry and the jolly, to the miserable and the gloomy, let this Christmas shine its healing warmth upon every soul of the world. Wishing everyone out there a Merry Christmas and a Happy New Year! 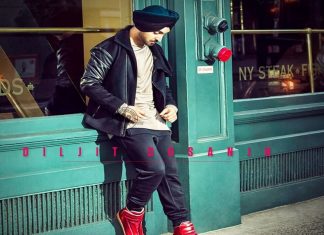