INNFINITY
Home Limitless All About The Ukulele 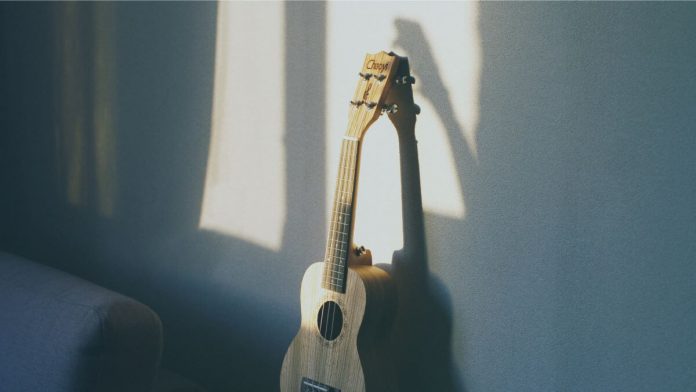 Perhaps the best thing about music is that it always finds a way to reach your soul. Whether that be as soul stirring melodies or soul thumping beats depends entirely on the stuff poring in through your ears. And while music itself is something as simple as a happy humming or a spirited strumming that always manages to arouse your emotions, the world of the tunes and tones is also as diverse as the range of your feelings.

Music itself is culture and musical instruments are therefore prominent cultural markers. Be it the dignified and sober stemmings of classical musical instruments, the hip yet universal appeal of the seemingly modern guitar or the nostalgic ringing of many a traditional accompaniments to words and tunes, music is rendered all the more enjoyable and fervent through a wide range of associated acts and names.

Among such musical instruments that dwell in a music unique to its own is the historically plump facade of the ukulele. Emerging as a particular phenomenon in Hawaii during the 1900s, the ukulele or the uke as it is called, however is not wholly native to the country. It was in fact a couple of decades earlier that the instrument found origin in Portugal, albeit not exactly in its present form. Believed to have been evolved from the Portuguese machete, the uke soon came to assume a place of prominence in the musical manifesto of Hawaii, going on to be associated with the cultural lineage of the country since and till eternity.

The happy sounding uke enthuses one and all with also its dainty size and its easy approach which makes it convenient to carry and also somewhat easier to learn. In its uncomplicated appearance that immediately seeks to make apparent its simplistic rendition, the ukulele stems also from such etymology distinctively unambiguous. In its almost homeland of Hawaii, the name literally translates as the jumping flea- a reference to the the movement of the player’s fingers upon the four stringed instrument. Flourishing in the kingdom during the rule of King Kalākaua, the name is also believed to be the nickname of one of the finest players of the instrument under the king. Englishman Edward William Purvis could lay claim to the nomenclature of this stringed instrument as his small size, fidgety nature and playing expertise likely led the uke to be called such. That however remains a claim shrouded in uncertainty. Because the ukulele, or even the ukelele appeared in written records sometime in the early or mid 1890, by which time it was not even introduced to its to be home country of Hawaii thus rendering the Purvis connection somewhat obscure. Whatever that might be, the name persisted and what had earlier been the Madeiran guitar soon came to be known as the ukulele.

However, even beyond the king, the etymology assumes different interpretation. As with the the last Hawaiian Queen, Queen Liliuokalani, who believed that the ukulele translated literally as “The gift that came here”. This explanation seems plausible enough given that the Hawaiian words “uku” means “gift or reward” and “lele” means “to come”. And in its rich continuing tradition, the ukulele has indeed proved itself to be quite a delightful gift in the world of music in general and in Hawaiian music in particular.

The national instrument of Hawaii soon found its way into also other countries of the world where it also became popular. Specifically in Japan, the sound of the ukulele found so much acceptance that the nation have come to be recognised as the second home for Hawaiian musicians and ukulele virtuosos. No less significant in its tuning is the ukulele in Britain where the Ukulele Orchestra of Great Britain is a popular mass phenomenon. While in Canada, the instrument remains a staple of music education besides being the icon of the Jazz Age of the 1920s and 30s. Whatever its place in popular culture might be, the uke entices the world with its joyful vibe, particularly associated with those good vibing Hawaiian beach songs. But beyond the obvious, the uke can be stunningly versatile. And that’s perhaps where rests the classic appeal of this dainty instrument.

Even in producing such sounds that are soft and sweet to the ears and warm enough to enrich your soul, the ukulele is as receptive to other genres of music. Which means blues and jazz and even metal can well find melodious expression through the ukulele, only if you know how to play it right. Of course the sound produced depends also on the type of the ukulele. These are types that can be classified in accordance with their size, range and tuning. As an instrument that can be strummed as well as fingerpicked, the ukulele can produce noticeable variations in sounds across its built and make. In its figure-eight body shape similar to that of a small acoustic guitar, ukuleles can also sometimes feature six or eight strings making them quite different from the most commonly encountered four stringed version of the instrument.

In its four main sizes namely the soprano, concert, tenor, and baritone, the uke already encompasses a range of tonal variations. The standard traditional size is the soprano that which dwells in the highest pitch and is most commonly referred to as the ukulele. The concert offers a mid range tone, larger and deeper than the soprano, while the deepest tone stems from the tenor. The baritone is perhaps the most distinctive, producing the lowest uke tones and is tuned differently from the rest. There also is the pocket ukulele or piccolo which is the smallest in size of all. On the other end of the spectrum, there are the bass and contrabass variants of the ukulele that are the largest of their kind.

The ukulele manifests its presence even partially in quite a few of its hybrid variants. Take for instance the guitar hybrid, the guitarlele or the banjo hybrid banjolele. There even exists a hybrid with the violin, called the ukelin. Other modern day variations include also the electric ukulele and the resonator ukulele as well as a specific Tahitian ukulele native to Tahiti.

No wonder with such a considerable range of deliverance, the ukulele has gone on to be a recurring feature in popular culture. A host of famous songs have brought the uke within their musical bounds, ranging from evergreen classics to new age hits. From the Paul McCartney number Ram On to Trains’ biggest commercial hit Hey, Soul Sister, the Colbie Caillat song I Do as well as the Billie Eilish hit Party Favor or the House of Gold by Twenty One Pilots, the ukulele has been encompassed for its rich melody in a host of renditions over the years. But perhaps what has remained the most popular of renditions with the ukulele in tow is a couple of recreated classics. Like the Joe Brown rendition of I’ll See You in My Dreams as a tribute to George Harrison, the Tiny Tim version of Tiptoe Through The Tulips, the Jake Shimabukuro cover of While My Guitar Gently Weeps by the iconic Beatles or the medley of Over The Rainbow and What A Wonderful World by Israel Kamakawiwo’ole, the melodious streamings from the ukulele have been immortalised in notable names over the years.

What’s more, the instrument has not even remained confined within the ambits of music, expanding instead to exert its influence on other cultural realms as well. As in the case of the 2010 documentary Mighty Uke: The Amazing Comeback of a Musical Underdog, where the journey of the ukulele has been extensively followed and the voyagers of the musical sojourn sufficiently celebrated. In being such an immense cultural influence, the ukulele sure has grown in stature, much beyond its small size but still supple with its sweet sound that continues to charm the senses. 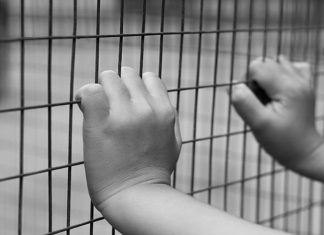