INNFINITY
Home Limitless Vidyut Jammwal: Beyond being the handsome hunk of Bollywood The world of films is no stranger to dapper men who impress with their chiseled physique and six packs, relying more on the flex of their muscles and the charm of their looks than the emoting quotient to assert their stronghold in this glittering realm of name and fame in supreme measure. It’s therefore no less of a pleasant surprise when there emerges such dashing personas who take it upon their mastery of the craft to create a niche for themselves in this land of glamour not just by the look but also by the impact of them.

Bollywood sure has been home to quite a few faces who like to be identified more as an action hero than an actor. While that indeed is a courageous veil to don in an industry where even finer actors try to shake off the ‘despair’ of being typecast, it is also no less phenomenal an assertion of identity. Because in taking on the tag of an action hero in their stride and therefore promoting themselves exclusively for such acts that stem less of emotion and more of power, these people may even be narrowing their scope. And yet it is because dedicated men like them persist with an assurance stemming from a strong conviction of their own that action heroes have come to be celebrated as a distinctive genre of performers altogether.

It perhaps helps also that action heroes aren’t born, they are made. While the play of the histrionics might be in some part a factor attributable to the genes, it requires immense dedication of the self to devote oneself exclusively to a set method of action. Because action is more about perseverance than talent, actors who choose to take the action route forward in pursuit of their acting goals are rarely ever a chance discovery. Years and years of training in some fort of martial arts or other strenuous exercise, more than a disciplined regime, exerting training schedules and a lifestyle that needs to dedicate itself to that love for the craft they indulge in is what makes an action hero.

No any different therefore from the trademark action hero is Bollywood’s very own Vidyut Jammwal who by sheer dint of his dedication to the action genre has made a hero out of his person. A trained martial artist, Jammwal has been taking legions of his fans with awe with his mind blowing action sequences and dashing good looks and of course his clarity when it comes to his vision of the self. Born an army kid, discipline perhaps is something that comes inherently to Jammwal. Add to this his lifelong training in the martial art of Kalaripayattu since the tender age of three and there you have a a man as steeped in his strength as he is in his ethics.

However inspite of his prominent presence in Bollywood or in the filmy world in particular, Jammwal never ceases to be first a person doing justice to his conviction. Beyond being a handsome presence in showbiz, this extremely dedicated martial artist lives life true to the motto of self belief. In fact even in starting out as a newbie in Bollywood with a negative role, Jammwal asserted strongly his inclination of not being one subject to cliches. It again is his audacity to not fear the typecasts that he readily took on roles that require him to do action in and out. And yet in being open to all kind of roles because he knows that is quite everything about cinema, Jammwal makes another persuasive assertion of his aura- of self assurance but never of complacence against his own.

For someone who doesn’t just do all the action himself but also designs his own stunts, Vidyut Jammwal is however more an exponent of martial arts than he is of acting. His degree in martial arts led him to travel throughout the world, performing in live action shows and furthering his love and pursuit of the same. It might be tough to believe that despite his jaw dropping physicality, Jammwal isn’t exactly a gym hitter. Rather it is his persisting tryst with a wide range of martial arts, that which not just endows him with the flexibility and endurance he covets but also stands him in good stead in furthering a connect with the soul.

It is also this deep founding belief in martial arts being more than just a medium of fitness that has shaped quite a few of Jammwwal’s life visions. For someone who puts women in strong esteem and regards them as being superior to men, Jammwal had even kicked off an initiative to teach self-defense techniques to college-going girls and working professionals. His adeptness in martial arts also finds expression in him forming his own action team,the Vidyut Jamwal Stunt Team. A team of some 18- 19 young boys and girls from the slums of Dharavi and Nallasopara make up his dedicated action force, whom he works with in most of his films.

Lauded as India’s new action hero when he made the breakthrough some few years back with such display of stunt that delivered power, precision and performance in equal measure, there is however more about the stupendous force of Jammwal’s stunts that complement his life long pursuit of discipline and health through Kalaripayattu. A vegetarian himself and in fact adjudged PETA India’s Hottest Vegetarian Celebrity, Jammwal swears by how much restricting his food choices to plant based products has helped him stay more fit and healthy. In quite a distinct diversion from obsessive fitness freaks who refuse to cut themselves some slack and cut instead the carbs and calories in their diet, Vidyut Jammwal’s wholesome emphasis on fitness leads him to be a complete but not stingy vegetarian. A hardcore trainer however, Jammwal’s love for the martial arts compounds further his pursuit to be exactly the person who has his body- mind balance in complete sync with each other.

In fact, Jammwal’s penchant for martial arts that lend him also the bonus physique besides the agility relays itself so effectively through his training schedules that his ‘brand’ of personal training has emerged as a viral social media trend. The #ITrainLikeVidyutJammwal is quite the rage on Instagram, incorporating such jaw dropping sessions by the hunk himself that will have you gasp in disbelief. And why just agility and core strength, the actor also tests your grey matter to the limits with such ingenious displays that stand as a testament to his human prowess beyond his handsome being.

Whether it be Jammwal’s identity as an actor trained in martial arts or his celebration of the art of kalaripayattu as being the means to fulfilling not just his body and soul but also his life, his certainty lies in his endeavour to be unique not as a means to stardom but as a realisation of his strengths and abilities. For scarcely you chance upon a man whose self consuming regard isn’t egoistic enough to set people off. It indeed is Vidyut Jammwal being a man dedicated to the craft he so proudly practices and preaches that make him the fawned over Commando in Bollywood, and a host of exemplary personas elsewhere. 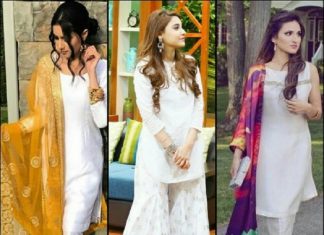 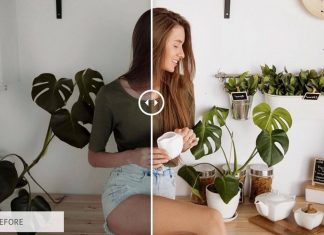 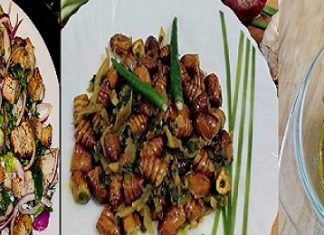