A day widely celebrated the world over as one profusely steeped in the charms of love, the yearly occasion of Valentine’s Day gives the dreamy lovers of the real world an exclusive opportunity to further their fatuation with their dearies through the many a cliché modes of expression that has sought somehow to restrict the extent of emotions. Flowers and chocolates and cards and gifts are the items embodying love any day of the year but more so on this particular celebration of the fancies of hearts when they witness a brisk up of their business, as lovers scramble to declare their undying, true, unbounded affection for the ones in their life through such shows of material, whether simplistic or grand, as if mere words would never do the trick at least on this special day of the loved up feels. In our seeming disapproval of such mediums of expression through which love is sought to be professed, we might be giving the vibes of someone denouncing the romance associated with the valentine’s celebration. Wait then till you discover with surprise great enough to take you aback, of a particular valentine ‘tradition’ that had nothing to do with love whatsoever. Instead, what this show alluding still to that one particular day of love dares to profess is a certain loss of love- no, not pertaining even to that painful and gritty realisation of unloving but seated instead in plain vile an absolute lack of love, through a mainstream element still of the Valentine’s Day fanfare though of course with a very evil tweak of professing the unfelt.

In the good or not so good ol’ times, depending of course on your preference of how you take love in your stride, the tradition of the pleasantries so typical to celebrations, Valentine’s Day included, played out indeed as what you expect them to be. But parallelly along the route of the cards weighed down with heartfelt emotions and the roses bleeding in the reds of love, flowed also another trait of expression through very prominent Valentine’s Day cards still but those that resided in an identity of their own. Popular as Vinegar Valentines have been these cards, or more appropriately postcards, in the 19th century during the Victorian era, emerging sometime in the 1840s and enjoying roughly a century of prevalence in their cynical and sarcastic but also really mean spirited rebuts of romance. As nasty little expressions of the unflattering, that propounded really offensive insults of someone obviously not the valentine of the addresser, these understandably cheap cards were first known as comic valentine or even aptly as mocking valentines. However, the term Vinegar Valentines came to stick because the messages printed thereupon were rather sour or acidic, much in sync with the sharp tartness of vinegar and which were intended therefore to “bring one down a peg.”

Printed on one side of a single sheet of thin paper and costing therefore only a penny, vinegar valentine’s were designed to be as offensive and insulting and hostile and rude as possible, often featuring garish caricatures of men and women alike, signifying therefore that the gender of the recipient was baseless when it came to promulgating the hate on that particular day otherwise dedicated to love. But the quirks that came to identify this rather unique but uncourteous still expression of emotions went beyond what dotted the impressively unimpressive face of paper. Adding further insult to the injury of the recipient was the arrangement that made them liable to pay the postage fee for this ‘privilege’ of being insulted on that very special of all days of the year, with the scope of the mocking sprawling over an extensive arena of verses that insulted a person’s looks, intelligence, or occupation, or just about anything related to them for that matter. Mocking also unmarried men as well as women for their single status were these flimsy forms of the cards that did also effectively the job of dissuading unwanted suitors.

But if you are thinking that it was only the rejected who would be at the receiving end of what would classify as a dual agony, then you would for sure be overlooking the daring courtesy of them. Addressed also to the ones from whom the rejection entailed were numerous Vinegar Valentines that made up for almost half of the valentine’s day cards sent through post during their era of prominence. Also undiscriminated were their addressal to folks with no romantic or unromantic bias whatsoever, as everyone from rude sales clerks and incompetent doctors or overbearing employers and landlords even as suffragettes emerged to be particularly popular a group of recipients of these cards. Not to forget folks practising ‘unacceptable’ modes of social behavior like women frowning or even those smiling too much who came under moral scrutiny also often received these petty letters of hate. Either way, the tendency to tear into the social anatomy of the female presence made for a whole encompassment of this mode of this derision. Liars and cheats and flirts and alcoholics did not manage to escape either from the ignominy of being the recipients of Vinegar Valentines, nor did adversaries and enemies, with the message conveyed through the differing tones of the cards ranging anywhere from a light hearted mockery to a more stinging insult of the personal.

Insulting in the very essence of them that had them poking fun at every possible instance of the person to which they were sent in quiet but assertive anonymity, Vinegar Valentines were cards crass enough to have been many a times sidelined by the postmen who deemed them unfit for delivery. Much more profound though had been some of the reaction to these cards that incited fist fights and court cases or even instigated suicide and carried out murder through their scathing, unapologetic and brash lashings of people. Less volatile reactions were to tear these cards up or burn them otherwise, either out of shame, anger or disgust as the anonymous status of the Vinegar Valentines shielded the senders from repercussions in most cases. No wonder not much attention has come to dawn upon these cards of a good 100 years’ of ruling at least with the few surviving examples likely salvaged from the postmen’s confiscated trolley of hateful mails. In fact so steeped in ‘vulgarity’ were the content of these cards that they attracted the fury of the media, who felt that these cards were the worst thing to have inflicted the western society after the ravaging effected by the great plague. With such unfavourable perception of them coming to do the public rounds, it wasn’t any surprise that these cards that once saw use in proliferation for an end very uncharacteristic of the love filled day of celebration began to experience a decline in popularity since the 1950s, by which time they had also begun to be considerably expensive in purchase, with the ‘cash on delivery’ arrangement abolished by then though, fetching prices of 5 cents in the 20th century.

Entertained though throughout the era of Victorian prominence, Vinegar Valentines and the associated notion of them can be seen as something rooted in mischief and fun and humor. But the harborings of the feelings of hate and resentment pervading the entire premises of these barely postcard sized deliveries of nameless entities speak instead of a culture that had by then become too devoted to furthering the pursuit of vile dishonor in the name of humor. The mode of conveyance of the inappropriate sentiments too remained cleverly concealed under the veil of collective rebuke in means not very artistic either, as would be commonly expected out of expressions that went beyond the realms of ordinary occurrence. Though verses imprinted upon the traits of the person caricatured upon these cards would be made to rhyme at time, it still was also the mannerism of the prose through which the insult was delivered in as ugly a mode as possible. As therefore an antidote to love, Vinegar Valentines propagated a message of hate that reflects only the universal inclination of humans to unlove as hard as they pursue the riches of love. This tradition, or rather anti tradition of the Valentine’s Day might not thrive in the present day, but the intensity of the sentiments with which it intended to slice through the vulnerability of the human psyche continues to rest in abounding expressions of the 21st century as well in variegated but still vinegary an assertion of the unpleasantries. 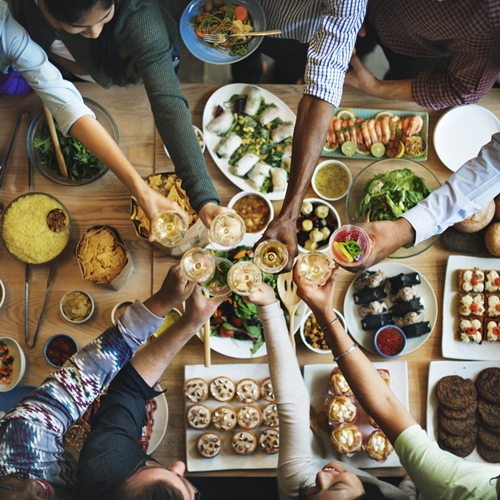