One day as the sun came after rain, I was travelling through a rugged mountainous island, when I heard that unmistakable sound – zing-zing-zing –coming from nowhere, rising in a crescendo as the road led deep and deeper into the dense tropical rainforest of Sumatra. I together with a colleague had set off on a bright autumn morning from the city of Medan for the Lake Toba on a day’s trip. The ridge on the other side across the ravine bathed in sunshine- wherever eyes travelled- after a brief shower. As the day was getting warmer, the eerie music continued to follow us in progression of the journey. It was not unique, though. I had experienced it earlier – in my travels through the mountainous roads in N.E. It happens in early autumn mostly.

My ‘association’ with the beetles had been long and steady and, started right from my home in the Golf-links village in my early days. They were conspicuous by their presence in garden in early summer when at the end of a warm day they would be heard, at twilight, humming and it went on till quite late in the evening sometime. At the end of the long wet months, on a shiny bright morning, I found them at their best.

In my school days, I and my buddy would often trek on holidays through the windy dirt road that climbed uphill to the east of the field leading to the elusive destination of ‘Mawpat’, the beautiful sounding name! (We never made it to that, however.) We trekked through the pine forest for miles amidst the chant emanating from surroundings and, varying in scale from time to time.

When I moved to our new home after school years I did not miss them there either. Nature was abundant then all around. The grafted pears (exotic variety) from the Fruits Garden that I planted in the new home grew quick and in few years became the hub of the musical creatures. I woke up in morning on days to be greeted by the chorus going on in the garden under golden rays. As the tree flourished to become a giant in course of years, it also became a concern due to presence of the maze of overhead wires necessitating regular chopping. Consequently, the humming was heard rare and rarer by each passing year and, after the giant tree had to give in for construction of a concrete structure four years ago they went silent for ever.

The singing of beetles on a bright autumn morning always evoked for me a nostalgic feeling laced with a promise of something happy to come. Maybe because it mostly coincided with the advent of the festival season. If the sight of milk white Kans grass swaying on river bank is what is autumn for you, it is the beetles humming in a sunny morning in my garden is what I related only to the season. Autumn will never be the same again for me. 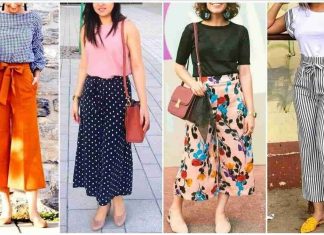