INNFINITY
Home Limitless What Made The Year 2018 So Remarkable for Northeast India?

The states of Northeast India have been neglected and unexplored for many years. With an abundant variety of natural resources, the wonderful eight states of the northeastern region have not been much of an eye-catcher. However, the eight states of the northeastern region collectively termed as ‘Ashtalakshmi’ by Indian Prime Minister Narendra Modi, have been able to make headlines recently in media with the hard work of its people in every walk of life.

From science and technology to sports and entertainment the ‘Unexplored Paradise ‘ of India have been grabbing eyeballs and awed every person across the globe with its success stories.

Assam had seen remarkable achievements of its people in the year 2018. Athelete Hima Das defined women power and brought global recognition for Assam by becoming the first Indian woman to win a gold medal at the IAAF World Under-20 Athletics Championship held in Finland. Again, her stellar performance at the 18th Asian Games in Jakarta where she won two silver and a gold medal brought instant stardom for the state. She also made headlines by becoming the brand ambassador of Adidas, the global sports brand and also by bagging the Arjuna Award.

From the law forefront, Justice Ranjan Gogoi brought a significant milestone for the state by becoming the first Assamese person to occupy the position of Chief Justice of India(CJI). Gogoi will serve as CJI till November 17, 2019. The 46th CJI started serving in this prestigious post from October 3, 2018.

Assam also saw a remarkable development of the infrastructure sector by the inauguration of the Bogibeel Bridge, Asia’s 2nd longest rail-cum-road bridge which will help in boosting connectivity to a great extent.

In the political sector, Assam made headlines with National Register of Citizens (NRC) and Citizenship Bill which created an uproar in the nation as to what will happen to the illegal migrants residing in Assam.

Advantage Assam’- the Assam Global Investors’ Summit , the largest ever investment promotion and facilitation initiative by the Government of Assam was held in February to promote industrial development in the state .

Arunachal Pradesh kickstarted a massive development in the medical sector with the academic session of Tomo Riba Institute of Health and Medical Sciences , the state’s first medical college starting from August 1, 2018. The state also got its first Sainik school at Pasighat on September 11, 2018.

This year, Arunachal Pradesh got three additional districts – Pakke Kessang, Lepa Rada and Shi-Yomi. The total number of districts in the state is now 25.

The Sarkar Aapke Dwar scheme made significant headlines in the state as it has benefitted a number of people across the state.

First time in the history of aviation, an operation of civil flights ATR-42 services of the Alliance Air was flagged off by Chief Minister Pema Khandu on May 21, 2018 amidst much fanfare.

The juicy oranges of Dambuk got much fame in the international market as the first consignment of oranges was exported to Dubai in January 2018.

Meghalaya gave a good example of women power by securing the 5th position in the list of Indian states with a high female employment rate. Moreover, four  Khasi women from the state made it to first all-women SWAT (Special Weapons and Tactics) team inducted by Delhi Police for anti-terrorist operations along with 32 others from other states.

Meghalaya signed the Host City Contract with the Indian Olympic Association for hosting the 39th National Games in 2022 on January 3, 2018.

A new geological time scale, the Meghalayan Age has been named after Meghalaya because the main data collected for deciding the timing was acquired from a stalagmite growing in Mawmluh Cave of Meghalaya.

Meghalaya ranked first in the northeastern states in the State Energy Efficiency Index.

Meghalaya Government paved way for the recognition of the transgender population in the State following the amendment of Meghalaya Registration of Birth and Death Rules, 1999 by the Cabinet.

The people of Meghalaya made a strong demand for inclusion of Khasi and Garo languages in the Eighth Schedule of Constitution of India.

Ace boxer Mary Kom or ‘Magnificent Mary’ created history by becoming the first boxer in the world to win six AIBA Women’s World Boxing Championships in November at New Delhi. After her sixth world title, the Government of Manipur has conferred on her the title “Meethoi Leima”.

Mirabai Chanu broke the women’s 48-kg category Commonwealth Games  record by lifting 196 kg in total. She was awarded the Rajiv Gandhi Khel Ratna and the Padma Shri this year. Last year, she won India its first gold since 1995 at the Weightlifting World Championships.

Another remarkable cap in sporting scenario of Manipur this year includes Kamala Devi being named as All India Football Federation (AIFF) Woman Footballer of the Year on July 23,2018. She plays as a midfielder and an occasional striker for the Indian team.

The Manipur government passed the People’s Protection Bill on July 23 during the fifth session of the eleventh Manipur Legislative Assembly. The Bill defines “Manipuris” and “non-Manipuris” and seeks to regulate the entry and exit of the latter in order to protect the interests and identity of the former.

Manipur journalist Kishorechandra Wangkhem has been sentenced to a year’s detention for criticizing the BJP government and Prime Minister Narendra Modi in a social media post.

Manipur University made significant headlines in the year 2018. The protests made by students and professors against vice chancellor Adya Prasad Pandey and the effects of the protests have created quite a surge in media.

The Mizoram elections made a number of headlines in the year 2018. Finally, after much talk of the election in the media, Zoramthanga of the Mizo National Front party emerged as the new Chief Minister of Mizoram. The people of Mizoram saw the swearing-in of MNF party leaders amid Christian rituals and prayers for the first time in the state. After coming to power,  the new state government banned the sale of liquor. They also declared December 21 to January 14 as dry days in the state.

The Election Commission of India decided to hold polling for Bru refugees of Tripura in Mamit district of Mizoram. The place of voting for 11,232 Bru voters became the most controversial issue in the run up to the Mizoram Assembly polls, leading to replacement of the Chief Electoral Officer SB Shashank in less than two weeks ahead of the elections.

Mizo girl Zeonpari Chhakchhuak  defined women power by becoming the first woman from the state  to complete training and join the US Air Force. She got through her USAF examination in May 2017 with 89 percent in her exams. After that, she joined the Basic Military Training (BMT) Fort from July 2017 at Sam Houston, San Antonio; Texas.She completed the 1st phrase of training on January 2018, graduating with 94 percent. Zeonpari will continue her training from February 2018 to October at the Andrew’s Airforce Base, Virginia. She hails from Chhinga Veng in Aizawl.

Nagaland made headlines with the Assembly elections held on February 27, 2018 in 59 out of the 60 constituencies of the state. Former Lok Sabha MP and  Nationalist Democratic Progressive party member Neiphiu Rio was elected as the Chief Minister of Nagaland.

Thiruvananthapuram MP Shashi Tharoor was criticized badly for terming the Naga headgear as ‘outlandish’ after Prime Minister Narendra Modi wore it during a visit to the state.

The Nagaland government banned the sale of fish in the state after fishes laced with formalin have been detected in the imported fishes.

The Nagaland unit of the BJP faced strong criticism from various political and religious bodies of the state for deciding to immerse Atal Bihari Vajpayee’s ashes in the state’s rivers. The BJP was criticized as “trying to impose an alien culture” in the Christian majority state.

Director General of Police (DGP), Rupin Sharma, the police officer  instrumental in the arrest of gangster Abu Salem in Portugal, was  removed from his post in June 2018 . His removal was widely criticized by the people of Nagaland.

The impeachment of Khongo Konyak from National Socialist Council of Nagaland NSCN (K) has created much curiosity in the nation. Konyak served as the chairman of the militant outfit.

Sikkim made headlines when the first commercial flight landed at Pakyong Greenfield airport, the only airport in Sikkim in October 2018. Later, major airlines began to plan commercial flight operations from Sikkim airport.

The world’s tallest Buddhist Chenrezig statue which is over 135 feet tall was inaugurated at Pelling in West Sikkim on November 2. The statue was built at a cost of Rs 69.99 crore.

Sikkim won the Gold Prize of the Future Policy Award 2018, also known as “Oscar for Best Policies”. The Food and Agriculture Organization(FAO) conferred this honour on Sikkim for being the world’s first 100 per cent organic state. For conferring this award, FAO selected 51 policies from 25 countries that promote agro-ecological approach Sikkim is the first state in India to promote organic farming and it took this initiative in 2003 by stopping imports of chemical fertilizers and utilizing organic manure for cultivation of food in order to ensure healthy living of the people and sustaining in a healthy environment.

Sikkim got a real time, advanced landslide warning system along the Sikkim-Darjeeling belt. The system consists of 200 sensors and can measure geophysical and hydrological parameters like rainfall, pore pressure, seismic activity, issue warnings 24 hours ago so that necessary steps can be taken before a disaster.

Biplab Kumar Deb led the BJP to victory in the 2018 Legislative Assembly Election, defeating 25 years rule of the Left Front government led by the Communist Party of India (Marxist). He was elected as the Chief Minister of Tripura on March 9, 2018. Former Chief Information Commissioner of India (CIC) Radha Krishna Mathur has been appointed Advisor to the Chief Minister of Tripura in December.

Ace gymnast Dipa Karmakar bagged a gold medal  in the vault event of the FIG Artistic Gymnastics World Challenge Cup at Mersin, Turkey in July 2018. She  became the first Indian gymnast to win a gold medal at a global event

Inland Waterways Authority of India (IWAI) team visited Srimantapur Land Customs Station in Sonamura sub-division of Tripura to select the site for terminal building for Indo-Bangla waterway project. To boost ties with Bangladesh, the The new BJP-IPFT government in Tripura is taking steps for facilitation of tea export to Bangladesh. The government is encouraging green tea cultivation for the development of the tea industry in the state. The Tripura Tea Development Corporation (TTDC) has decided to sell Tripura tea under brand name ‘Tripueshwari’ to sell market in national and international markets at a good price.

The Tripura government has decided to open a special Agar Conservation Foundation Cell under the state forest department to boost agarwood cultivation. The government also plans to boost the dairy sector in the state with cooperation from Amul. For boosting the torism sector of Tripura ‘ International Tourism Mart’ was held in Tripura on November.

Tripura has been in the news after major leading airlines stopped its operations in Tripura airport which lead to hike in the price of flight tickets.

World’s first hospital train Lifeline Express treated a lot of patients from rural areas at Churaibari Railway Station of North Tripura district. Lifeline Express is a train healthcare service which was set up as a joint initiative of Impact India Foundation, Indian Railways and Ministry of Health in 1991.

No wonder then that Northeast is emerging as one of the finest regions of India with remarkable achievements. 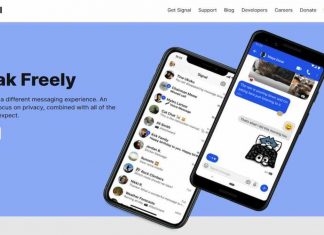 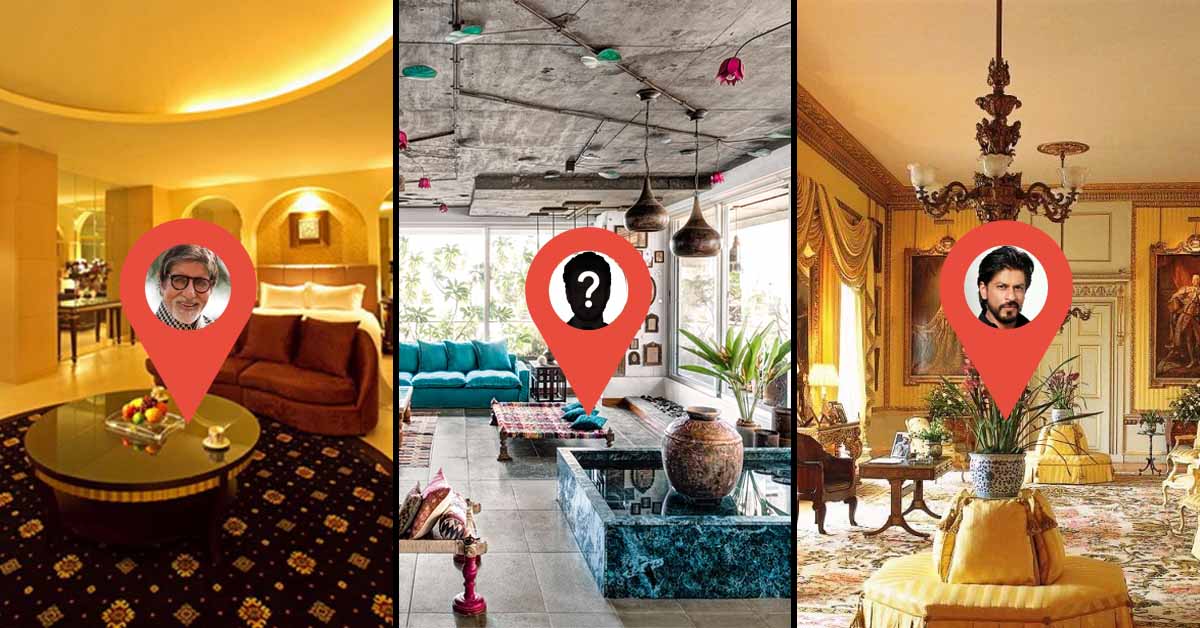