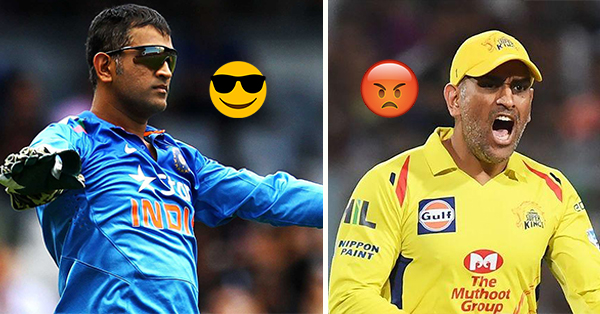 Mahender Singh Dhoni has been dubbed the Captain Cool for the most part of his career. A man who does’nt let pressure dismantle him from the pedestal of calmness, MS is the epitome of uber cool. And yet the weirdest of scenarios in international cricket have time and again led even this man to have fits of temper. We list all the times this cool as a cucumber person had his share of outbursts in the global scene-

A change in weather seems to have some impact on Mahender Singh Dhoni’s status as the Captain Cool.

During the second one day international in the ongoing series against Australia, India was some still some runs away from victory when the otherwise cool Dhoni erupted in anger against a 7 ODI old Indian youngster Khaleel Ahmed.

Set a competitive target of 299 by the Aussies, India were coursing on well at the moment when Dhoni was at the crease, forging a 57 run stand with Dinesh Karthik. However, the 37 year old former captain suffered a lot in the desert like conditions of the Adelaide and had to be provided medical assistance even as frequent drinks breaks had hampered the pace of play.

And waterboy Khaleel Ahmed was in for a surprise when MS Dhoni found fault with the youngster walking in the middle of the pitch, while he came out with the drinks alongside Yuzvendra Chahal.

The unsuspecting 21 year old might not have gauged the impact his action could have made on the result of the high pressure match. With India down 0-1 in the series, it was crucial that Virat Kohli’s men clinch this match to make a strong comeback into the tournament.

And Khaleel sure would have put that into jeopardy given that walking on the pitch could indeed assist the pacers. Because treading the pace had a strong chance of altering its nature, it was understandable why Dhoni did not mince words in abusing Ahmed for his actions and asked him to walk around the wicket.

However, the incident had little impact on Dhoni’s focus on the match as he helped India clinch victory in style by slamming a six off the final over. With 55 not out from 54 balls, Dhoni once again showed his class as India achieved the target with four balls to spare as India made a strong comeback into the series.

Another Indian cricketer Kuldeep Yadav had also been party to Dhoni’s anger during the Asia Cup last year. In a match against Afghanistan which was also Dhoni’s 200th match as captain, bowler Kuldeep Yadav was visibly dejected as he failed to have any impact on the opposition team. Yadav wanted a field change but was promptly denied by Dhoni.

The otherwise calm captain lost his cool and asked Kuldeep “Will you continue or should I change the bowler?” The skipper’s heat paid off and Yadav eventually finished with decent figures of 10-0-38-2.

During the second T20I of the three-match series against South Africa at SuperSport Park in Centurion, MS Dhoni losing his calm became a cause for humour. During his vital 98 run unbeaten stand with Manish Pandey, Dhoni was seen rebuking Pandey as the youngster was seemingly losing his concentration. With an apparent lack of willingness to run between the wickets, Pandey was sloppy in his attitude and had to consequently bear the brunt of Dhoni’s temper.

In a video that went viral immediately, Dhoni could be heard abusing Pant. Needless to say, Twitter erupted in memes at Dhoni’s rare moment of hot headedness.

Books to me while I’m studying pic.twitter.com/FoDDSABHUg

All of a sudden.. Dhoni became Priya Varrier and Manish Pandey is that poor boy ?#INDvsSA #INDvSA

In yet another fit of anger directed towards Kuldeep Yadav, MS Dhoni had asked for a change of field which was denied by Yadav. Dhoni, obviously with a humongous experience of 300 ODIs, was angered and he straightaway made changes in the fielding positions. The dividend paid off and Yadav found himself between the wickets in the match which India won by 88 runs.

In the match against Bangladesh in 2015 when Bangladesh youngster Mustafizur Rahman made his debut, the newbie was in for quite some shock as he was shoved by Indian Captain Cool Dhoni. However, it was Rahman who was at fault as he stood in the way of Dhoni as the latter was running between the wickets.

During the 25th over of the match when Rahman was bowling, Dhoni attempted a quick single. But Rahman interfered in Dhoni’s path, blocking his way in an attempt to avert the single. The Indian batsman had no way but to shove the debutante away, injuring him in the process. And though Bangladesh won the match, Rahman was fined along with Dhoni for the unsporting behaviour.

Another instance when Dhoni lost his calm dates back to 2012 when it was the on field umpire who was at the receiving end of the then captain’s ire.

During the 29th over of the match against Australia, former Aussie batsman Mike Hussey was stumped by Dhoni off Suresh Raina’s bowling. While Hussey walked back to the pavillion on being given out by third umpire Bruce Oxenford, on field umpire Billy Bowden rushed to call back the outgoing batsman.

Dhoni obviously was not amused with the incident in such a high pressure match and got involved in an altercation with Bowden. However as it turned out Bowden only resorted to calling Hussey back after he had been instructed by the third umpire who had mistakenly got the Aussie batsman for out.

Even during a defeat to Rajasthan Royals in the IPL last year, Dhoni was annoyed with his bowlers hitting the wrong lengths. And Dhoni’s anger this time got manifested not in words, rather he threw the ball down in disgust after taking a catch behind the wickets.

#8 In numerous other instances

From promptly reminding Sreesanth to not change his fielding position by himself by saying “Oye Sree! Udhar girlfriend nahi hain, idhar aa ja thoda.” to reminding Ravindra Jadeja of Cheteshwar Pujara’s purpose on the field as he kept missing his length as “Yeh ghoomega toh Pujara ko isiliye idhar rakha hai, woh udhar volleyball khelne ke liye nahi khada hai.”, Dhoni’s wit combined with a temper on the verge of getting heated up is so very quirky!

Another quirky instance of Dhoni acing it even under pressure was during a match against Sri Lanka in 2017. Even as the Sri Lankan audience threw bottles on the ground as they were frustrated with the home team’s lackluster performance, Dhoni availed of the ‘resting time’ and chose to sleep off all pressure on the ground itself! Images and memes of Captain Cool asserting his calmness even at a time that would be annoying to anyone won over internet immediately.

When you’ve been successfully carrying the international team for 13 years and people still ask for your retirement : pic.twitter.com/z4VCYyTyEJ

RT If You Feel MS Dhoni Is The Most Down To Earth Cricketer. ???#INDvSL #IndvsSL #Dhoni pic.twitter.com/yhy55Y8Wrx

Indeed, Dhoni doesn’t lose his calm often but when he does, he makes the whole world sit up and take notice. Legend! 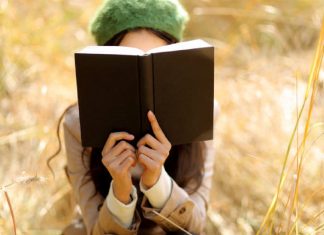