Gautam Gambhir aka Gauti has been Indian cricket’s mainstay for quite a long time. But unfortunately, his legion of fans will not be able to witness the master in action any more.

Adulation and veneration is as much a recipe for success as is hard work and talent. And when praise and accolades add further gusto to the dedication you are putting in with your skills, victory is inevitable.

That’s perhaps what works for most of us when we set out to achieve something big. Recognition is a major factor when it comes to sustaining success in the long run. And when that isn’t the case, we tend to falter.

One among the most unsung of heroes when it comes to the Indian cricketing world, Gautam Gambhir is one such case of exception. One of the finest cricketers of the generation announced his retirement from competitive cricket recently and we can’t help but wallow in despair at the neglect and dilemma this one gem of a man had to endure.

A matured cricketer with a vast repertoire of experience that he brings to the pitch, Gambhir had been instrumental in many of India’s most memorable of victories. As an aggressive player who tries to make it matter every time he steps on the field,Gautam Gambhir has a surprisingly calm demeanor and a rather unperturbed by emotions state as a person. And perhaps that’s one among the reasons his contributions largely go overlooked, if not unnoticed. His quietude as a man perhaps made him particularly susceptible to being forgotten or being the unsung hero in a vast majority of cases.

Gambhir’s starring roles in India’s claim to two World Cup trophies however needs to be recognised and lauded. Particularly now, when the man that made it matter has taken retirement from the game that he once gave his heart and soul to, it’s important that we don’t let the man sink into oblivion like many of the countless heroes that had selflessly given up individual pursuits for the greater good of the nation.

The inaugural ICC T20 World Cup was won by India when they defeated arch rivals Pakistan in the finals by a narrow margin of 5 runs. Among the most notable of performers in the World Cup was Gambhir, apart from a few others. But what hogged the limelight was then skipper Mahendra Singh Dhoni’s exemplary leadership capabilities and his success as the Captain Cool of the team, as also Yuvraj Singh’s record of hitting six sixes in an over off England cricketer Stuart Broad.

Gambhir’s performance on the other hand was more composed, however, not any less crucial in India lifting the World Cup for only the second time. With a defiant 75 of 54 balls, Gambhir steered India to a competitive total of 157 for 5 in the stipulated 20 overs even as other bigwigs faltered at a time when it mattered the most.

You may also like: Indian cricket neck deep in troubled waters

Opening the innings with hitman Yusuf Pathan, Gambhir stood resilient and firm even as wickets tumbled at regular intervals. It was largely due to his timely innings that India managed to put up a par score on the board and could narrowly eke out their rivals to lay claim to World Cup glory.

India were in pursuit of an elusive victory at the World Cup finals since long. With their one and only win in the apex test of cricketing glory coming way back in 1983 under the leadership of the dynamic captain Kapil Dev, India had a dry patch for a rather long time. Even in the 2003 finals, India had come agonisingly close to success with a stupendous run throughout the tournament but faltered in the ultimate test against eventual champions Australia.

The 2011 World Cup had to be India’s best bet yet to lay claim on the coveted trophy. With an interesting mix of energetic youngsters and experienced players in the fray, 2011 just had to be the year for India to replicate their success after 25 long years.

And indeed they did. But what assumed even more importance for the nation as they celebrated this triumph with gusto was the fact this was iconic cricketer Sachin Tendulkar’s first and final World Cup moment. And while Tendulkar very deservedly played a crucial part in this epochal moment of glory under the stupendous leadership of MS Dhoni, for yet another time, it was Gambhir who emerged to be the hero, albeit unrecognised and unsung.

In the final against Sri Lanka, as India were chasing a target of 275 under pressure, it was Gautam Gambhir who once again rose to the occasion and was pivotal in completing a successful run chase. After stalwarts Tendulkar and Virender Sehwag got out cheaply to leave India reeling, Gambhir played anchor to steady India’s innings with a knock of 97 runs from 122 balls. And though he was unfortunate to miss out on a well deserved century by a mere three runs, he played the part in building the platform for India’s successful run chase.

Dhoni finished off the game with a huge six and was awarded the Man of the Match while Yuvraj Singh was hailed as the hero of the tournament. And Gambhir once again went unnoticed. Perhaps if he had managed to convert his knock into a century, things would have been different. But even with his crafty innings, Gambhir was the man largely responsible for India having the last laugh.

Unsurprisingly however, the hero went unheralded once again and the man that he is, Gambhir had no qualms about that, being rather content in having given his all for his service to the country.

As one of the finest opening batsmen ever produced by India wraps up his gloriously decorated career sans all the credit he deserved, we can only acknowledge the contribution of this exceptional sportsperson who we very well need but don’t deserve. 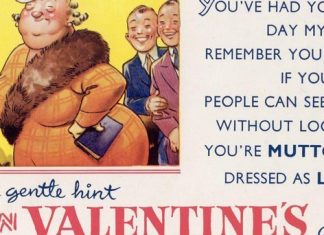 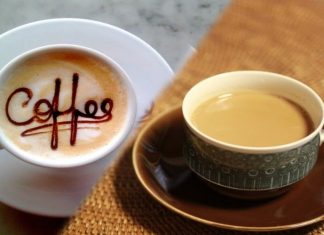