World Coconut Day is celebrated annually on September 2 as an ode to the wonder fruit that is useful for various purposes in life as well as considered as a symbol of the harbinger of good luck. The fruit which is a cultural icon of the coastal tropical regions has derived its name from the ancient Portuguese word Coco which means Head / Skull. The coconut is so called as the process of de-husking it will reveal three indentations on its surface. The two upper holes and the lower one in a coconut together literally resemble a human face giving an expression of surprise. Apart from occupying an important place in the religious rituals of South Asian cultures, coconut also has its roots in ancient Iberian folklore. The evolutionary origin of coconut is not exactly known with theories stating that it may have evolved in Asia, South America, or on Pacific islands. As a coconut tree is an essential source of production in the coastal tropical regions and its natives depend on it for their livelihood, they often refer to it as the ‘Tree of Life’.

As a source of food

Coconut is a savior for the people in its initial stage of life too. The clear liquid that is formed inside the unripe green shell of a coconut in the early stage of its development is known as coconut water. It serves as a suspension of the endosperm of the coconut during the nuclear phase of development. Unripe coconuts are sold in huge quantities daily by street vendors so that people can consume the clear liquid formed inside it. Health experts are of the view that coconut water is the freshest source of liquid to drink in the modern world as it is free from all impurities and always remains clean due to its formation inside a closed structure. To beat away the sweltering heat outside by consuming something cool, what can be a better option than coconut water? Fermented coconut water gives rise to coconut vinegar which is mostly used as a part of cooking in some cuisines of India, Sri Lanka and Phillippines to give a sharp acidic taste to food.

Coconut also satiates human being with its milk and milk products in addition to its water. The milk of the fruit is extracted by pressing the grated portion of its soft flesh strongly. Coconut milk is industrially processed to produce coconut cream, coconut milk powder, coconut skim milk etc.

The fruit is mostly admired for producing the best quality of oil for mankind. Coconut oil is widely used for cooking food in the coastal tropical regions. It is also used a common source of oil for baking globally.

As a raw material for construction

The leaves of the coconut tree are used for making baskets, skewers, bowls thereby helping people for storing knick-knacks and for cooking and eating food. To keep your house clean, coconut leaves can be woven together to make a floor mat. Meanwhile, the best tool of cleanliness of homes.ie. a broomstick is made by putting the strong midribs of coconut leaves together. The natives of the coastal areas also use coconut leaves for thatching houses that helps in keeping their place of residences cool.

Coconut trunks play a major role for the purposes of advanced construction like building of bridges or houses.  It is also used as a raw material for constructing furniture.

The outer portion of many fruits are mostly thrown away due to its uselessness but the case is not so with coconut. The shells or husk of the coconut is used for the purpose of making handicrafts and furniture. While the fibre that is obtained from the husk of a coconut i.e. coir is used to construct ropes, mats, broomsticks, the shell is used for manufacturing of handicrafts like bowls, baskets, jewellery, buttons etc.

As an elixir of beauty

For any kind of bad hair days, the only solution that comes to our mind is to take out the savior bottle of coconut oil from the shelf and rub it all over our tresses. Apart from reducing our hair woes like magic, coconut oil also serves as an elixir for dry skin. Once coconut oil touches the rough skin, it becomes silky smooth within a few hours. Coconut oil is also a chief base ingredient used for the manufacturing of soaps as it helps the bars of beauty to retain its tough texture for a long time and also for lathering easily.

Coconut oil was used as the primary fuel for lighting in days of yore when electricity had not yet set its foot in India. Some tropical island countries like the Philippines, Vanuatu and Samoa use coconut oil as a bio-fuel to run vehicles and power generators.

Coconut is widely used as a sacred offering in Hindu wedding rituals. It is a common sight to see a pot (Kalash) filled with a coconut encircled with mango leaves often placed at the entrance of a wedding venue as an indication of welcoming positive vibes for the would-be couple. The pot is often marked with a sacred symbol. Meanwhile, a coconut is often broken as a ritual before beginning a good work with the hope of carrying it out fruitfully in future.

Coconut is a storehouse of excellent minerals that are highly beneficial for the body. Being a rich source of copper and iron, coconut can help in the formation of Red Blood Cells (RBC). It also comprises of manganese that is essential for bone health. The mineral selenium present in coconut is a powerful antioxidant which acts as a great immunity booster too.

Meanwhile, the byproducts of coconut like its oil and milk have sufficient health benefits too. One of the chief health benefits of coconut oil is that it helps a person to burn excess body fats and is therefore dubbed as a natural source good for weight loss. Apart from aiding good digestion, coconut oil can also be good for consumption by a person suffering from diabetes as it helps in controlling blood sugar and improves the secretion of insulin in addition to effectively utilizing blood glucose. Besides being a great beauty product, coconut oil can also speed up the process of healing by shielding the infected portion of a body from germs, dust and air.

SIDE EFFECTS OF COCONUT

As the saying goes that ‘Everything has a limit and crossing it can turn out to be dangerous,’ therefore  consuming too many coconuts together at a time can be bad for health. As coconut is responsible for regulating the release sugar in the bloodstream, so the process of overeating high numbers of this fruit can cause a severe drop in blood sugar levels leading to illnesses like dizziness, excessive sweating or hunger, fast heartbeat etc. The overconsumption of coconuts may increase the risk of cardiovascular diseases like heart attack and heart stroke etc. since the fruit is high in saturated fats. Although coconut promotes weight loss due to the presence of its dietary fibres, it can also lead to weight gain when consumed in huge quantities because of its high calorific value. Meanwhile, coconut also helps in smooth bowel movement due to the laxative properties of its dietary fibre. However, dietary fibers in excessive quantities can cause irritation in smooth bowel movement and cause problems like constipation, diarrhea etc. 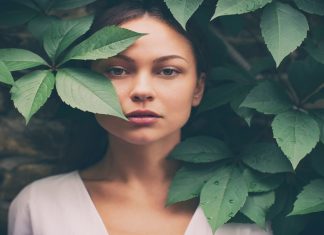