INNFINITY
Home Limitless Here is why the predictable World Cup selection of the Indian cricket...

The grounds have been set, the countdown dawned and frenzied fans are already freeing their personal schedule to fit in the ICC World Cup 2019’s scheme of things. As the much awaited quadrennial event gets underway in just over a month, participating teams and the players are eagerly awaiting their own selves to make the cut- much at the ‘mercy’ of selectors.

On April 15 last, a five member selection committee chaired by MSK Prasad racked their brains (?) to pick up a 15 member Indian squad for the 12th edition of cricket’s flagship tournament. But with a team that has not witnessed any radical change in names since long, the selection was more a routine of sorts than a grueling session of carefully curated mind calculations.

With no big omissions or inclusions to raise eyebrows except for a couple somewhat obvious ones, the Indian cricket team is expected to translate their recent decent performances in the World Cup as well. Otherwise, how would you explain a team that has its core combination more or less intact?

Undoubtedly, a tournament as important as the ICC World Cup is no stage for experimentations. In expecting the country to clinch the ultimate glory in the field, it is only obvious that a settled combination of players who are also doing well would not be fiddled with.

But the question still arises, though subduedly- is going in tandem with the flow worth it?

On paper, it is. Having clinched the coveted Cup in 2011, 25 years after the maiden triumph in 1983, the agonisingly long wait to become the rulers of the cricketing world is a torture. And obviously, we would like to seek esteem in claiming the Cup every time it announces its march. But even then, isn’t sports more about the spirit of the game rather than just the glory it ushers in?

Not to say that not tampering with a tried and tested combo of match winners goes against the ethics of the gentleman’s game. Even then, as dedicated viewers of the sport who take interest in all the excitement and thrill each closely contested match offers aplenty, it’s natural we would be a bit dejected at the obvious attempt at playing it safe- to an extent that can be dangerously boring.

Probable winners, but definitely not victors

Indeed the Indian batting line up is one that can guarantee a run feast on even ordinary days, the bowling is diversified yet robust in its threat and the fielding unit has been improving sufficiently over the years to ensure that India does have a fair chance of making the trophy theirs, once again.

Even then, if we consider this World Cup as not just a lone tournament but as one that would also be crucial to the evolution of Indian cricket in the times to come, then the current setup is far from impressive. Because the team cites an obvious lack of enthusiasm in doing something exceptional and more because the selectors and the entire team as a whole are perhaps wary of wading in unexplored waters.

The dilemma of an appealing combination

But even as the selection failed to considerably up the ante for die hard cricket enthusiasts, one particular inclusion was genuinely surprising. Dinesh Karthik wiggling his way into the team seems like a decision that was taken without much consideration.

The reason we say this is that in the presence of the exceptionally swift MS Dhoni and a reserve keeper in KL Rahul, it’s unlikely that Karthik will be anything more than a bench warming asset for the entire duration of the tournament. Provided Dhoni and Rahul are both set off by remarkable injuries, Karthik’s place in the 15 member squad seems meaningless to a very large extent.

And even if we oversee Karthik’s negligible prospects of making it to the playing XI, the fact that he managed a berth over youngster Rishabh Pant seems even more baffling.

Indeed, experience might come in handy in high pressure games, if Karthik takes to the field that is, but skill and mindset matter a lot more when it comes to chasing a trophy that is the desire of the entire cricketing nation.

Only poignant is the fact that Karthik was a part of the (dismal) 2007 World Cup where he was Captain Cool’s teammate. Maybe it’s emotions and reminiscences that turned out to be more important elements of a game rather than practicality and enterprise.

What is, and what could be

Kartik’s spot could very well have gone to a fourth seamer since it’s pretty obvious that India does not have enough reserve pace bowlers in contention. And with England’s run yielding, flat pitches being the host of the matches, it does not require rocket science to figure out how much crucial another bowler on the bench could have turned out to be.

And amidst all the set players and veterans or at least with some quantum of experience, a surprise rookie inclusion would have like done wonders to induce fresh blood into the team. Undoubtedly, that would also have held Indian cricket in good stead in coming days.

Every contest needs an element of thrill and by missing out on a fresh player in its folds, India risks the threat of being a bit too predictable in its play. Without a surprise element in place, India might lack the tempo in those closely contested matches, where only an X factor can save the day for the team. 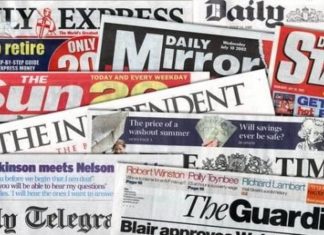 Top 10 newspapers in the world which people rely upon