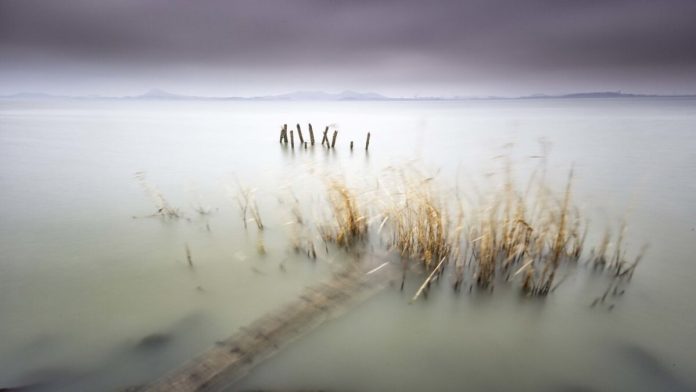 In a world so obsessed with doing and being and making things matter, ruled forever by a certain paranoid fear of missing out on even perhaps the most unconcerning of events and happenings, it sure is a delight to stumble now and upon such life philosophies that instead favour the art of doing nothing. In steps therefore the Chinese philosophy of wu wei in all its massive significance, prescribing a dose of life so unhappening that might make you think whether you are ‘living’ at all. Living in the modern sense of the term, where each moment bores you to death if there is no excitement attached to it, even when it might be more qualms than calm, is sure not a very convenient prospect for the faint hearted. It indeed takes guts to constantly live with the fear of a life falling into shambles, not in tragedy or in worries but ironically in the lack of it all. Not so much heart though, for the heart always seeks to roam free, unbounded by the bothers of doing, instead to flutter and flitter and beam and glow in all the rosy colors of the world. Appealing therefore to every worldly heart burdened down by expectations of having to live a certain way, of course not in the manner one’s free will would have been exuberant in, is this concept of wu wei which translates most simply as ‘inaction’ and which can be so delightful a way to go about life in all its characteristics.

Emerging from the traditions of Confucianism and growing into the expanse of Taoism in China, wu wei was most commonly used to refer to an ideal form of government. In more modern times however, when the ideal state of existence is more rooted in the psychology rather than the physical aspect of it, wu wei has found utmost expression in its essence as a life philosophy that caters to the counterintuitive dumbfoundedness that has come to characterise all our beings in surprisingly widespread manifestations of their awareness. In finding close interpretation today as something that is ‘not forcing’, and urging us therefore not to ‘not do’ but only do only what comes to us most innately, as part of our basic nature, wu wei is an idea of life, that like most of such concepts seeking to better it, stems from truth. Truth in the realisation of who we are rather than who we should be, that which will render us more at ease with ourselves, through the wu wei principle of inexertion or effortless action.

First emerging in China during the Spring and Autumn period, the concept of wu wei has been articulated in the 600 BCE Chinese text Tao Te Ching as form of doing “that which consists in taking no action” for order to prevail, essentially calling upon all to still perform action, but not in a manner inconsistent with what one is in all essence. As an “attitude of genuine non-action, motivated by a lack of desire to participate in human affairs” as considered by Sinologist Herrlee Creel to be the interpretation of the concept as mentioned in the ancient Chinese text, wu wei can therefore be practised by consciously cultivating the culture of non action by each one of us by observing the natural world, thus intricately linking the adages of this philosophy once again to the most natural state of existence. In driving us all to not force action, wu wei then comes across essentially as a way of life that emphasises upon the importance of pursuing stillness and yet managing to leave nothing undone, persisting therefore through time as a paradox that belies the very ways of what it is meant to lead into. And yet, in unearthing the root of this nonclamorous identity of what can come to define all those lives that see the essence in sticking to themselves and not try just that little harder every single time, wu wei reveals itself as a rather glorious mode of action in acing life itself.

As something that by now should obviously come across as lively, effortless action, with elements of thoughtlessness and natural spontaneity, the paradox of wu wei rests on how it ‘calls for’ being spontaneous when the mere essence of spontaneity is not to be anything perceived of beforehand! But as the Taoist storyteller Chuang Tzu explains: “From the sage’s emptiness, stillness arises; From stillness, action. From action, attainment”, this spontaneity of somewhat daring measure that has you take a break for once from all the chaos that life tends to be can indeed move you to such accomplishments in action as well in experience the real essence of living that will render wu wei a lifestyle practice that makes more and more sense to whoever happens to understand it, first in action and then in interpretation. To that extent of letting things happen at their own pace even as we continue to strive for it, the premises of wu wei essentially are not very different from the more modern approach that urges to ‘let go’ to make things fall in place. Interestingly then and quite fittingly as well, wu wei has often been likened to the aspects of drunkenness by many poets of China’s Tang dynasty. The drunken nature not of alcoholism as such but one that affords the ease of inaction, deriving from not being too affected by whatever might be characterising their existence at the moment. Essentially then, the premises from where we started out, invoking the ‘power’ that the fear of missing out can yield on beings isn’t the only notion contrary to wu wei. Equally rooted in such contradiction would also be the joy of missing out since both the fear and the joy are but emotions acted upon by our being.

Wu wei on the other hand is more neutral a philosophy of life at work, not overly excited by happenings nor unduly despairing over the lack of them. In striving therefore for a life that goes about in its own flow however does not make wu wei a concept that has us foresaking life, or rather surrendering it to fate, to will it to make whatever it is destined to be. Wu wei sure is about inaction and in such inaction it sure persists with a view of life that does not urge us too much to try and radically alter it but even more important is the more nuanced and subtle workings of wu wei in effecting out a life that would extract the best out of us. In affording us stillness, this philosophy from ancient China also allows us the scope to actually sit back and reflect on our life decisions or at least give it more thought before leaping into an imperative, almost frenzied course of action. In thereby affording us also more peace than what we manage to dwell in, wu wei therefore effectively makes life goals happen even without actively or too obsessively fussing over what is to come. Even in its definition of inaction, wu wei might be even more appropriately deciphered as a means of strategic action, one that involves doing not just what is the most natural thing to do but also doing it when the moment is right and our energies more balanced and thereby more effective. A definite breakaway from the commonplace pursuit of immediate and profound life goals, wu wei is more relaxing a state of existence in the mental sphere of it, assimilating over time so well into your understanding of life itself that it indeed becomes the most spontaneous, most natural and most effortless way to live, elevating you to a personal experience of enriched fulfilment and peace, leading you therefore to live the most zen life you can ever dream there would be. 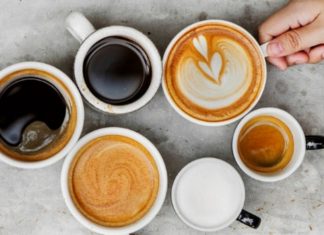 Getting dir’tea’ with your chai! 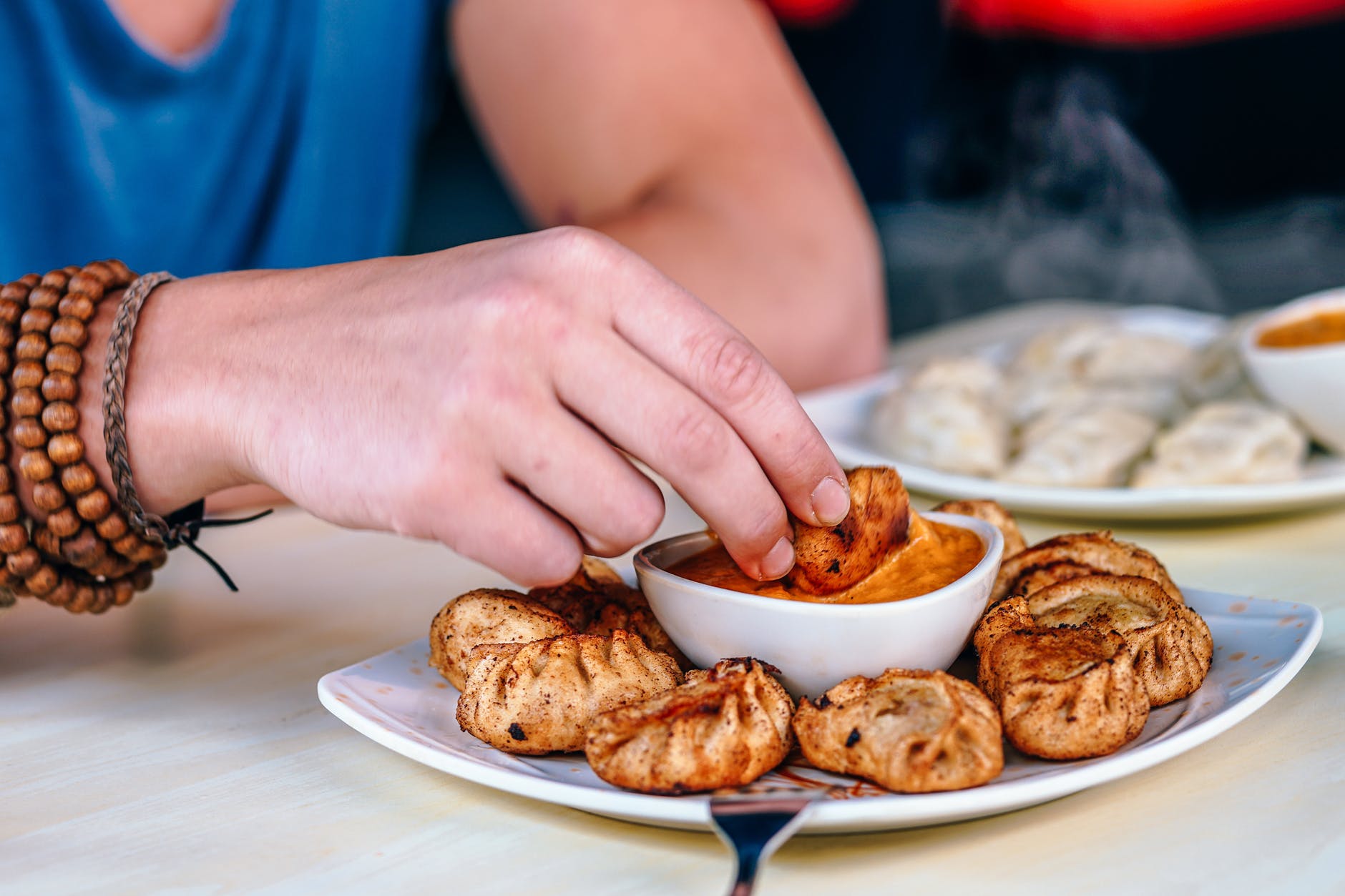 8 Things People Living Away from Home can Relate to