Photography in the modern age and era is a domain that is explored much but is not much expertised on. This is because the realm of this wonder art requires proper implementation of certain basic rules and tenets that govern the capture of a perfect shot. Following are the basic rules governing the realm of photography-

The Rule of Thirds

Photography is essentially a visual art. And for an image to appeal to the eyes it is essential that the focal object lies within the sphere of the human ocular range. This is where the rule of thirds assumes importance as one of the basic tenets of photography.
The grid feature that demarcate the photography frame into nine small squares with the help of three vertical and horizontal lines is a prominent presence in most focussing lens now. But in any case, it is actually pretty easy to visualise this aspect with basic perception. The main point here is that a decent shot requires you to place your subject somewhere along the points of intersection of the lines to achieve a focal view.

Lines rule the photography world, it seems. It’s imperative with the rule of the thirds and better still if you have winding lines guiding your image as you capture the subject in all its beauty. While this inevitably enhances the view of the shot captured, there is also a technical angle to it. Because these lines strive to hold the viewer’s gaze onto the object of the capture.

The expanse surveyed in a capture is not always uniformly depicted. This is not possible even. There are different kinds of shots that needs to be captured differently. Specifically, in portrait photography the background needs to be out of focus, hence the field depth needs to be concentrated only around the object, while letting the backdrop go a little blurred.

In landscape photography on the other hand, the concentration needs to be distributed about a wide array of elements, hence it’s imperative that the focus needs to be somewhat more spread about.

Photo frames came into existence for a reason- they accentuate the subject of the photograph and help to define better the corresponding element of focus. Natural framing techniques does this better with a more consistent view brought to the fore without having to resort to ulterior borders. Even then, cleverly devised artificial frames can also provide a perfectly defining characteristic to your portrait while camouflaging the not so vital aspects of the image.

Though this concept of framing an image for a heightened sense of clarity is relatively simple, the implementation can be varied. Contrasting even. For framing can be done with light as well as with darkness, and obviously through natural and artificial techniques.

Photography is very rarely concentrated on closeup shots, except in cases when the subject is singular. The concept of a space outside of the subject is equally vital in conveying the emotion intended to be portrayed through the image. This ‘negative space’ serves as the balance that lends an altogether focal contrast to enhance the perception of the eyes.

In essence, negative space in photography is the unutilised exploration of the blank surroundings of the image. It’s always advisable not to cram your shot up and rather leave the surrounding sphere blank to let the view settle on your object of primary capture without having to deal with surrounding distractions.

Oddities in photography serves as an enhancer and though the dictum of the odds is not any hard and fast rule, it does seem to appeal more to the eyes by eliminating the possibility of haphazardness in shots. The odd grouping of objects, specifically in groups of three seriously offsets background obscurities that would otherwise have distracted the normal sight of view.

The effect of the rule of odds manifests through an enhanced density of the focal capture, that lends more clarity to the thought behind the image.

Human eyes prefer a harmony of objects in sight. Which means symmetry in photographs is an important exploration. A split image kinda view is more likely to appeal to viewers through neatness because it lends  aperfect proportion to the photograph.

Similarly, patterns that exhibit symmetry within its fold is equally likely to result in a more visually stunning piece of art.

But it’s sometimes also worth breaking away from the rules to arrive at shots that are dramatic and remain more in- focus through an underlying tension introduced into the photograph for a capture that appears to remain slightly off bounds.

Any portrait that focusses on not any single object requires balance to be maintained while juxtaposing multiple elements within a single frame. This is somewhat in line with the rule of thirds, with the latter however leaving a wide open space in certain cases that might not always be desirable.

Balance can also be formal or informal. Formal balance is simply the achievement of a symmetrical balance in the shot, through a mid positioning in case of a single object of focus.

Informal balance is more experimentative, and mostly balances out dissimilar elements that find place in the same ambit of the lens.

Photography is an art, nevertheless, the technicalities associated with this creative pursuit are numerous. One such rule that needs to be followed while handling a camera is based on the universally relevant golden ratio.

The golden ratio is a ratio of 1.618 to 1. Whether it be the golden triangle or golden rectangle or even a golden spiral for that matter, the heightened impact of an image is achieved when this particular proportion is met. This is because the ratio has been proved to be particularly appealing to the eyes and therefore finds wide application in different manifestations of art and design.

Even the rule of thirds is an extension of the golden ratio, with the numbers manifesting in this case in a slightly different proportion with a uniformity. The working of the ratio is also similar therefore, however, in a more compact setting in the center of an image.

These rules are general for photography in any medium and can seriously change the way you have been capturing portraits up till now. Be it those high end cameras or simply relying on smartphone hacks to capture those majestic images, get ready to ace it like a pro the next time you zoom in on with your lenses! 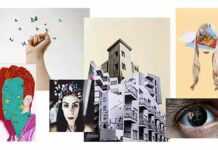 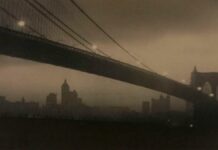 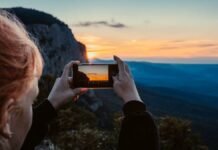 The shape of my heart – this Valentines Day 5 Books on Diana- Chronicling the Princess of the Masses