Love has never known any boundaries. And as these low key profiles of the romantic partners of some of the greatest celebrities suggest, love still continues to venture beyond the boundaries of fame and stardom. Here are 29 world famous celebrity couples for whom finding love was an ordinarily starry affair!

Forever the Captain Cool of the Indian cricket team, Dhoni had a love story that was a typical Bollywood romance. From being childhood friends with his now wife Sakshi to losing contact and then meeting again by a stroke of luck, MS is one of those celebrities who is married to a commoner.

A royal son of a heritage spanning centuries, Prince Williams went the way of love when he got hitched to commoner Kate Middleton in 2011 after having dated her since 2003!

Wonder Woman Gal Gadot’s husband Yaron Varsano is a real estate developer and the couple has been happily married since 2008.

An exceptional actor, George Clooney had his heart taken over by an extraordinary woman- an accomplished human rights lawyer Amal Alamuddin and got married in 2014.

The God of Cricket Sachin Tendulkar is very much a celebrity but remains an ordinary man at heart. No wonder he fell in love at first sight with Anjali in 1990, whom he married later in 1995.

Harry Potter heroine Emma Watson is known for never wanting to date celebs. She is currently in a relationship with techie Brendan Wallace.

Game of Thrones star Maisie has been dating her school friend Ollie Jackson since 2015 and shares an incredible repo with her boyfriend, even relying on him to do up her red carpet looks!

Black Swan actress Natalie Portman won not just accolades by starring in the 2010 horror- psychological thriller film but also met her man on the sets of the same movie. French dancer and choreographer Benjamin Millepied and Portman are married since 2012, after dating for close to 3 years.

While the soulful songs of the crooner with a voice that melts our heart has all the romantic elements to it, Singh’s inspiration for inducing this romanticism into his work seems to be his own love life. After separating from his first wife, Singh is currently married to his childhood friend Koel Roy.

The ‘best actor of her generation’ Meryl Streep’s partner is American sculptor Don Gumme, whom she married in 1978.

Supermodel and coder Karlie Kloss dated businessman and investor Joshua Kushner for 6 long years before taking the plunge into marriage in 2018.

One of the greatest footballers of the times Lionel Messi’s wife is his childhood friend and long term girlfriend Antonella Roccuzzo. The couple took their vows in 2017.

Bollywood actress and fashionista Sonam Kapoor also chose to go the non- celeb way as far as her love life is confirmed. Kapoor got hitched to long time businessman boyfriend Anand Ahuja in 2018 after dating for four years.

Another Bollywood actor Shahid Kapoor also found love in a commoner Mira Rajput. Shahid married Mira, who is 13 years his junior, in 2015.

Ed Sheeran has been weaving romance with his weirdly evocative music and the inspiration for most of his songs is his childhood friend and now wife Cherry Seaborn, who he married recently in February.

American actress and producer Reese Witherspoon is married to Jim Toth who is a talent agent in a creative company.

A celebrity with a love story that is equally dreamy, Jon Stewart is married to Tracey Lynn McShane whom he first met through a blind date. They went on to date for four years before getting married in 2000.

Indian cricketer Ashish Nehra is married to Rushma Nehra. An avid cricket lover, Rushma had Ashish fall in love with her when he first saw her at the iconic Oval stadium

Actor Damon has been married to wife Luciana Bozán Barroso since 2005 after the couple met in 2003 at a bar where Luciana was working as a bartender.

American actress and politician Cynthia Nixon married education activist Christine Marinoni in 2012 after being in a relationship with her since 2004.

Another phenomenal actor Alec Baldwin is married to yoga instructor Hilaria Thomas since 2012 after a brief dating period of over a year.

Dhak Dhak girl Madhuri Dixit might have been the among the most beautiful faces in Bollywood during her prime years. But the actress found love in Sriram Madhav Nene, a physician with whom she has been married since 1999.

New age Bollywood actor is in a romantic relationship with his childhood sweetheart Natasha Dalal and plans on tying the knot with her sometime soon.

American actor and comedian Seth Meyers also has a spouse who is a commoner. Meyers married his attorney girlfriend of five years Alexi Ashe in 2013.

Bollywood hunk John Abraham broke quite a few hearts when he married his investment banker girlfriend Priya Runchal in 2014.

The quintessential romance king of Bollywood Shah Rukh Khan is also married to a lady whom he knew as a commoner. Now a film producer and designer Gauri Khan was a name unknown when she got married to SRK in 1991.

The singer who is known for his melodious songs is married to Shweta Mishra Mahanta and the couple has two children together.

The captain of the Indian football team also got hitched to his long time girlfriend Sonam Bhattacharyain 2017. 23 mouth watering ways to enjoy watermelon this summer to beat... 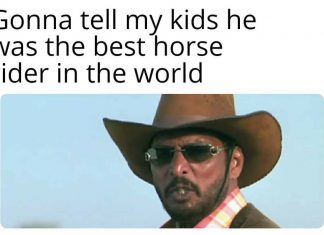