Romantic relationships make for one of the most sought after but at the same time among the most complicated of life spaces that humans want to course through in all their identifying as emotionally, socially and personally dependent individuals. The premise is one of non uniformity in its very basic essence and rendered even more unpredictable by the never akin assertion of human behavior and personality. With the coming together of individuals different in temperament and disposition and upbringing and life view as a whole, romance presents a ground upon which conflict can breed in as much intensity as the rosy blooms of love. The case might be uniquely alluding to each as per their own but there still exists a framework in which romantic couples can find themselves fitting into for a greater clarity on how to maneuver through the complicated phases of their relationship to make it work for lifelong togetherness.

Outlined by eminent psychologist and relationship expert Dr. John Gottman is a profile of five types of couples through which every pair of lovebirds can find streaks of their identity running. Understanding what these types are and deducing thus the one that characterise your relationship as a romantic couple can be crucial to knowing how to sustain through that bond in eternal love and romance with adjustments of course needing to be met and ‘reforms’ introduced so that each one of us can downplay the faults of one another while making collective attempts at bettering our own. Read on to find out which type it is that your relationship nature caters to and what you need to hold on to and what you need to let go for an experience steeped in the lifetime bliss of a happily ever after-

On first utterance the conflict avoider type of couple might present as one most amicable within the relationship realm. As the name suggests, this is an alluding to such couples who try as far as possible to avoid conflict with their partner whether it be in normal everyday circumstances or such concerns that directly stem from the relationship itself. It is in this desire of them to somehow cut clear of all tensions and arguments and/ or drama that they project a picture in almost perfectness. But it is in this very non desire of them to actively engage in even the most mild sort of disagreements that these couples tend to be the ones setting unhealthy indeed ideals not worthy therefore to be looked up to.

The conflict avoiding type of couples go wrong with their very essence as in what leads them to classify as such. Whether because they tend to be unfavouring of even the minor sort of inconvenience caused by an obvious difference in nature of humans as individual beings or a particular reservation that they have come to harbour for their relationship, these are the people who hold all their resentment within themselves. In their coping up measure and mechanism of such avail that might even lead them to avoid each other as far as possible so as to not let the possibility of any conflict arise in the first place, these disillusioned indeed purveyors of romance squander away their relationship by themselves.

In repressing their chances at direct and/ or aggravated conflict, such couples might even withhold themselves from expressing their true feelings as in what might be their needs and expectations out of the other. That is not particularly healthy when it comes to maintaining a relationship for the long term, with younger couples specially susceptible to falling prey to an undesired consequence as a probable way out of this too much ignoring in the form of infidelity.

That though is only part of the picture and much as it being a fact that the conflict avoiding couple is far from perfect it also is equally true that these couples tend to view their relationships as generally happy. And with good reason as well. In their seeking avoidance of conflict, these people also corollarily end up focussing instead on their areas of mutual agreement manifesting through that manner a clear cut distinction that they know to maintain between independence and interdependence.

Emotional expression though tends to be somewhat muted for couples categorised as conflict avoidant. In such views of relationship that take a largely emotional route these types of romances might be seen as far from ideal but in cases where practicality is adhered a greater degree of importance there must not be much cause for concern as regards couples of these kind in all their straight forward sensibleness and simplicity.

Indeed the exact opposite of their preceding kind as far as the linguistic description is concerned would be volatile couples that seem to have conflict etched into every inch of their conjugal existence. And that indeed is what they are- couples who get turned on not just sexually but also emotionally at the slightest of pretexts and instigation. This might strike as premise enough to write these couples off in their highly aggressive way of relationshipping, but romances brewed under the aegis of volatility has an X factor that can work in fact to their advantage.

What makes volatile couples a case in covetion almost through the goals- #relationshipgoals of course- that they set is the passion that they pursue even in the more than oft indulgences in heated almost arguments. Emotions runs high through every strand of their being and in such assertions as well that bear the potential for instantly accelerating into conflict. But what is heartwarming indeed in this expression and experience of romance is the ease and swiftness with which these debates turn instead into persuasion of the most love arousing feels.

Volatile couples seem to be excited by the prospect of a good debate and go all to win at it but all in line with the ‘spirit of the game’ such that the dignity of each other is never sought to be attacked. Mutual respect and regard for each other runs through the entire episodes of recurrent arguments that therefore go a long way in furthering the understanding and love between the partners. Communication happens to be the strongpoint of these couples and one they are so fluent in through humorous and genuine ways in connect that makes them feel forever in love. They however tend to be not so exclusive of their own which means the existence of a wider area of overlapping essences characterising their individual existence from across the folds of a shared relationship.

Presenting themselves midway in between the two extremes of the conflict avoidants and the volatiles are the validating ones of the relationship dimension. True to their resting in the comfort availed out of the sheer essence of validation would be these couples immensely understanding and supporting of their partners. Very empathic in their nature which is what leads them to be better comprehending of the situation the other person finds themselves in, validating couples make for one of the most calm and composed unions in romance.

Intermediated as well in their degree and intensity of emotional expression, with adequate baring of the heart in some instances and neutral through most of the others, it however would be a fallacy of sorts to judge these couples as one completely uncharacterised by differences. The catch though in their case happens to be a compromise effected by both partners, with their calm disposition setting to work in such measures so as to eke satisfactory responses acceptable to both and maintain thus their identity in shared standing by each other.

In some cases though, there might ensue a power struggle even the most validating of partners since they can be quite competitive across some of their dealings. Even then though, they tend to be more ‘stable’ than other couple types and are seen as being among the most calm, composed and chilled of the different pairs that shape up the romance world.

Gottman himself likens hostile couples to the validating ones, albeit in only the exclusivity of their nature being hostility over validation very evidently. Couples who are constantly blaming each other for whatever issue that they might be experiencing with the relationship in particular or with life in general are the ones branded as hostile with also an essential and rather empathetic defence of themselves making for as prominent a part in their identity.

Bickering and arguing over practically ever single thing happens to be the hallmark of couples like these but it is somewhat commendable that despite all their intense residing in aggravated conflict and constant accusing they still manage to not overstep the threshold enough to end up in divorce. More often than not, hostile couples ‘stick by’ with each other as the relationship between them is concerned on paper emerging thus as unhappily married or unified individuals in all their equal contempt for each other. With negativity running high throughout the length and extent of their relationship, it is only natural that these people find themselves in a space highly classifying as toxic and yet choose to remain there even in all misery owing to their individual charting out of certain vulnerabilities.

It’s as if hostility alone was not enough ground for misery that in steps also the aggravator in the disguise of the detached demon to characterise yet another type of couple frankly not fit enough to cater to the romantic realisation itself. No wonder hostile- detached couples often end up divorced and rightly so since there really isn’t anything in their relationship that works for either of them. With negativity running rampant throughout their bitter existence in togetherness, these are the people summing up the exact opposites of the universally desired reference in ‘made for each other’.

Negative feels and detached strings apart, it also is frustration and loneliness that sets in all over the hostile- detached premise and penetrates deep into the essence of them so that the situation is one of the dreaded dead end dominion with no way out except for the absolute separation in divorce. This explains why hostile- detached couples most definitely divorce but not so much those classifying as only hostile since they draw a line when it comes to the negativity beginning to overflow.

Hostile detached couples also are often and universally almost marked by the coexistence of two individuals with one more volatile than the other. The assertion of hostility therefore can be one handed at times with the more aggressive not letting the other withdraw despite the latter’s probable intention of it. The ultimate conflict though occurs when even the other partner isn’t the willing to relent type so that standoffs are the order of the relationship making it therefore necessary for it to break off for the good of everyone involved. Add to that the impossible to deal element of an inconsiderate detachment and it is easy to understand why this last type is the one least likely to last through the duration of the relationship. 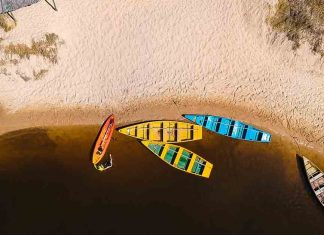 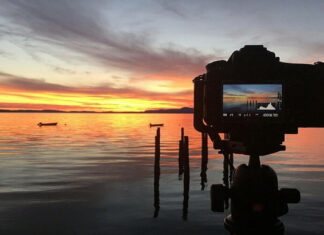 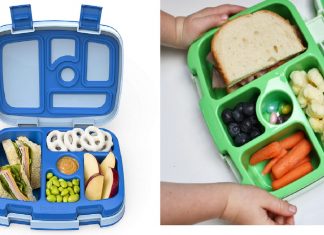 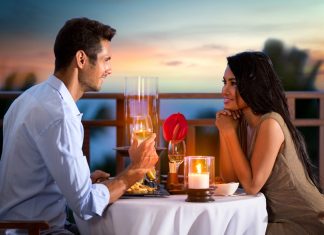