That human relationships can be toxic is a matter of despair and specifically when it is a parent figure or the parent itself that presents as a case in such ‘danger’, then the validity of relations as being vital sources of life connect itself stand exposed to the unpleasing realities that characterise and sum up the whole business in living of us as social beings. But that it comprises still part of the larger picture in human existence speaks of a threat looming large over us all our lives in such assertion that defies every expectation of it.

While toxicity can avail out of a many different ways in practice, it tends to be specifically unsettling a thought for someone supposedly as loving and caring and all considering as our real parents to be harbouring in themselves such trait that translates as undesirable on the other end of it. But they very much do indeed, in much universality and as much ordinariness as well, perhaps ignorant of their own course of action though that isn’t in any way the absolute reality of it. For in many cases parents continue to pursue their way through toxicity even when they are more than aware of the unhealthiness of it.

This unhealthy inclination in parenting can take quite a few different modes in enacting, one of which presents itself as the curious case in enmeshment. In itself, enmeshment might not be a one off thing characterising a certain tendency of some parents to control their child. A broader concept that applies to all assertions within the spectrum of what defines human relationships but specifically and almost exclusively confined within the formal limits of real families, enmeshment manifests as a concept in overlapping essences of personal spaces and boundaries. The ground of its identification is a tricky one to tread given the premise of over affection on which it is based. This likely presents enmeshment in such light that might even make it seem like an option in much desirability, thereby rendering unclear the actual affect of it.

Enmeshed parenting presents itself as a prospect in as much debatability as well since what might occur as too intrusive a pattern in parenting to some might be pretty normal in its perceiving by some other. It then is what emerges out of the practice of a style resident in this aspect of nurturing or rather controlling of children by parents that is more accurately defining of the concept. Intriguingly though, it isn’t just the child subject to such tactics of what still classify as parenting that is the only victim. It also is the adult effecting this mode of bringing up offspring that might be an unknowing victim of it, of course in an entirely different realisation.

While being at the receiving end of an unduly involved- or more appropriately excessively interfering parent can mean that the child grows up to be an individual unable to foster anything on their own without the approval and validation of those who brought them up, for parents it might mean being so intertwined with the identity of their child that they begin to assess their own individuality in terms of the extent and way their child obeys their command. Even with this latter character in excessiveness weighing down more upon the parent itself, it still is a bearing of inconvenience that the child experiences yet again in a diverse mode of manifesting. The tendency to comply with whatever the parent figure wishes often is an entailing more out of fear than respect that seriously and significantly damages already the future prospect of what a parent- child relationship should ideally evolve to encompass.

Enmeshment should be easier to address if and when comes to view it as a form of emotional abuse, moving away markedly from the misleading interpretation of it as being way too caring or protective or emotional about one’s child. And specifically in its possible occurring as what is referred to as spousification, enmeshment can be particularly exerting on the mental and emotional faculties of the young individual. Equally unsettling can be the continuation that enmeshment ends up pursuing throughout the life course of the one trapped in that assertion of the relation, so that even as an adult themselves, it still is an identity of being the child of their parents that influence the functioning capacity of the primary victim.

This hard to escape trap is what makes enmeshment so toxic a reiteration of the infinite and surprising- not pleasantly so- possibilities that make up the diverse fore of human relations. Obviously, finding oneselves enmeshed in this particular arrangement of sorts all their life so much so that they become accustomed to it as the only way in living impacts the entire individuality. Needless to say then that this assertion upon their person since early childhood affects therefore their innate tendency and ability as humans to form and maintain relationships in both personal and social establishment of connection.

Enmeshment hampers the development and evolving of individuality because it completely rules out any scope in that regard. That is to say the enmeshment style isn’t just defined by its imposed necessity to adhere to set roles and expectations of the child by their parents in it being one of the parenting technique. It also is imposing thus by that account of what might indeed be understood as some sort of soft coercion that makes the toxicness of it prevail as a standard rooted in belief.

The settings of enmeshed relationships are such that feed into the young mind a thought process of the parent’s governing, preventing any chance at the independent devising of reasoning or a building of one’s own unique system in analysing ideas and harbouring opinions. And it is in this capacity of retarding the natural and essential means in human existence that enmeshment emerges as a burden too heavy to bear but that which needs to be borne anyway in alluding to its very role of much problematic imposition.

Much of what facilitates the furthering of the enmeshment possibility in describing and suffocating relationships within the family is the fact that there exists no clear cut criteria of its exact outlining. There might be some general grounds of governing that can dwell anywhere between an absolute lack of privacy of the child pestered by the parent in every aspect of their living to the child finding it difficult to withhold anything from them due to the way of its conditioning as well as the young one being directed to fulfil in fact the unrealized dreams and achieve the personal aspiration of their parents but there would be lacking a single strand of absoluteness to establish enmeshment as something clear enough to be addressable through any singular approach.

This however does not make addressing enmeshment any less important or any less universal a pursuit that needs to be encouraged. Because being enmeshed in the excruciating extents of a relationship- no matter how nurturing or loving or caring it is expected to be in a greater world understanding amounts to a torture that goes also beyond the unfavourable experiences in individuality. Also negatively impacted are such requirements in self esteem and self confidence and self worth that while might be concepts associated with and thereby evolving through the development of that sense of being a complete individual in one’s own right, still are distinct enough awarenesses in existence that need to come to realisation independent of everything else.

Enmeshment seriously derails an individual’s entire life in such assertions that leaves them incapacitated to live without the validation availed out of their enmesher. In every single facet of their living, they constantly encounter such urges and compulsions to seek for approval from the one they have been dependent on all through that it occurs as nothing sort of a crisis when they are compelled to make it on their own. With a total inability to connect with anyone else or foster emotional intimacy, the child having been born and brought up in a classic enmeshment of parental expectations would be at a loss if and when their primary ‘savior’ passes away. Even in the continuing existence of the latter, they yield absolute power in having their obligations met and eking their own way out through the victim’s life lived on their terms.

On the other end of the spectrum though, as would be the case with such versions of enmeshment that manifests as spousification or parentification in which the one inescapably trapped in that toxic net of what asserts as the profound fore of unconditional and absolute parental love finds themselves assuming an emotional position of much vulnerability. In acting as the surrogate spouse or even the parent of the parent themselves, the child takes upon itself such an understanding of existence that makes it difficult for them to deal with cases where the expectations of them are not so emotionally demanding. Either way therefore, a parent- child relationship that borders anywhere along the lines of what makes up that intricate situation in such entanglement that has no sensible way out of it is but a parenting tactic that the young individual would perhaps be better off without. 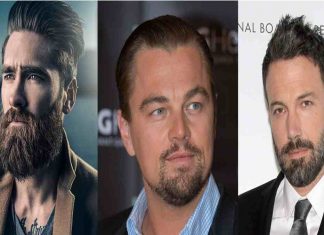