Whether you are best friends with your sister or the apple of the eyes for your brother, having a sibling spells out a unique dynamics of relationship. Siblings tend to be friends sometimes, care like parents otherwise and indeed also boss over each other occasionally which makes them such a fun companion to be with. Encompassing therefore such different emotions within a single bond makes the sibling relationship unlike any other that one comes to experience in life either by choice or in compulsion. But this unqiuity of the nature that characterise such a privileged indeed experience of companionship for life also is as eccentric in the range of the extreme emotions they trigger. More often than not, sibling bonds tend to be a relationship rooted in the dynamics of the love- hate spectrum making it therefore quite interesting in its spanning over the course of life. And it is within this assertion of a profusion of love interspersed with loads of bickering arising not so much from hate but rather from an certain inexplicable emotion encountered specifically in that realm of relationship in which siblings of the world have forever dwelled in, that makes for perhaps among the most curious of phenomena in the family circle.

These extreme ends on the spectrum in which the sibling life dwells most commonly explains partly the reason why sibling rivalry is such a normal encounter within the realms of relationships. As a facet of life that is cherished in its virtues of love and support and togetherness, relationships are what makes living worthwhile. No different is the bond shared by the brothers and sisters of the world with or among each other and yet this is one particular expression of relationship that is very definitely marked by something as negative sounding as rivalry. One sure does not encounter such exploration in romantic relationships nor in any other kind of blood bond and yet in characterising very prominently the course of life of the siblings of the world, rivalry in relationships, almost synonymous with sibling rivalry surely is one intriguing element of this as celebrated bond as well.

Sibling rivalry is more than just fairly common and given the premise on which this expression of the relationship kind comes to being, it is no surprise as well. As perhaps the only identity on the relationship spectrum where the ‘shared’ essence is so prominent in its working, in such profound assertions as belonging to the same parents, to the same space and therefore to almost the same life, the sibling bond is something that only those fortunate or perhaps unfortunate enough to have a brother or sister, whether elder or younger, understands in their lifetime experience of it. As an ongoing ‘conflict’ between siblings, with assertions ranging from as severe as what can be thought to be encompassed by the triggering indeed term of conflict to as mild that even passes off as banter, the rivalry between children of the same family is only but a natural arising out of this particular stemming in singularity. Rooted in such obvious feelings of jealousy and a sense of competition, whether natural or induced, sibling rivalry can be full blown fights of epic proportions or they can be mild bickerings at each other or just about any form of behavior that classifies as anything but love. And while sibling rivalry might be the most common in such households that have two kids, it is also as likely that more number of siblings would also join in in this universal indeed instinct to assume rivalry with each other.

Given its common enough frequency and universality of occurrence and also because of the fact that it is viewed as very normal, incepting most often as it does right after the birth of the second child, sibling rivalry isn’t usually viewed as something that could be a cause for concern within the relationship setting. But not just the one-on-one equation among the rivals but also the entire familial setup is subject to the repercussions of what ensues between the children of the house. Also often viewed as healthy and indeed being such in many cases where the fighting only ends up strengthening sibling ties in being harbouring of greater awareness of the love that resides within, with rarely some love being lost to it, sibling rivalry might even come across as innocent enough a relationship dynamic. But is sibling rivalry always so much the childish squabble that it is understood to be? Or does it crossover beyond into the assertions of grownup behavior as well? Such explorations are rarely taken into account when brushing aside the many a brother sister one-upmanship that are glaring encounters of behavior anywhere. But the surprisingly tremendous impact that this unique mode of emotional expression has upon whole lives and entire families altogether make it transcend beyond the realm of the sibling reflux.

Sibling rivalry might turn out to be a dive in problematic arenas when it is more reflected in such forms of expression that can characterise as resembling of bullying or mark its presence in such other toxic manifestations. Also when brothers and/ or sisters are upset with each other at the very sight or mention of them such that the love is all lost from the balanced love hate assertion of the relationship, the plaguing essence of the whole rivalry makes itself apparent. That interferes indeed with the development of the sibling bond itself as might be very obvious but it also ends up stressing the other relations associated with this entity. If tensions flare up every time the family gets together at the dining table or if precious time of togetherness snowballs instead into a spree of heated exchanges such that every pursuit in making memories end up being instead a torturous, draining episode for everyone present, then it indeed is a case of siblings stretching their rivalries a bit too far. Straining therefore the bond of each individual sibling with the parent(s) over accusations of favoring one over the other or even triggering a blame game between the parents over being lenient in their supervision over the children and in cases when extended members of the family live together potentially inciting critical remarks, the whole family balance stands threatened. Even in situations where the elders are understanding enough to not indulge in bickering amongst themselves, there always runs the possibility of the parents ending up being frustrated or stressed over such routine occurrences in absolute fury. Worse still, when the sibling rivalry manages to persist into adulthood as well, and rather persistently and assertively at that such that it is the elders in the family making life hell for everyone, then the ‘essential’ essence of sibling rivalry sure has more than outlived its need.

With such chartings as essential and needful introduced already into this whole exercise in understanding the nature of rivalry that inevitably is a part of the sibling relationship, it is important to realise that sibling rivalry can have a rather positive effect on the early development of a child. Stemming from such pursuits as seeking to outdo each other perhaps to be better commanding of the love and attention from the parents is what makes sibling rivalry a healthy habit to indulge in to further academic performance or achieve laurels in life. But if this feeling in anger and jealousy or even malice persists to such extents and in such mannerisms that outgrow the healthy measure of them, sibling rivalry can ruin one for life. Impacting upon the child’s sense of identity from their early experience of having to vie for the attention of the parents over their sibling however could be a negative working of this rivalry even when it is not pursued as such and is therefore the most natural emergence of a behavior that cannot be helped. But impeding the development of such feelings and to ensure that such negative assertions do not explode into vile, unwarranted consequences of something that the tender young minds aren’t really able of deciphering and controlling calls upon the elders of the family, most naturally the parents to be mindful and responsible of their own actions.

Attending to the needs of every child individually is what is the most essential in ensuring that the rivalry do not venture into the realms of the despicable. But also as important it is to ensure that all the children are also nurtured collectively and behaved with unbiasedly by the parents so that no untoward awareness creeps upon their consciousness. Dismissing sibling rivalry as a normal part of the whole sibling bond and one helpful in early development too is a factor that needs to be entertained in caution, because even when it indeed is the reality characterising kinship, there always needs to be drawn a line on the optimal amount of differences pursued. Even the most intimate forms of violence, including verbal abuse that can even appeal as being childlike and innocent needs to be discouraged so that kids know early on to be respectful of others even in their holding of spite for them. This is particularly important since sibling rivalry impacts the child’s social skills considerably as well as influences their view of relationships and therefore determines how they go on to handle both personal and social relationships later in life. As one strand of what comprises the family dynamics in the good and the bad, but held still in ideals of togetherness such that family itself translates as the most worthy of treasures to cherish in life, the sibling rivalry can be an interesting, even helpful way of exploring the nuances that specifically elevate the brother- sister bond to a level of its own. But superseding the functional realms of the diverse still dynamics and manifesting more as a dysfunctional working in conflict can make sibling rivalry a recipe for toxicity to finds its way into lives in general and families in particular. 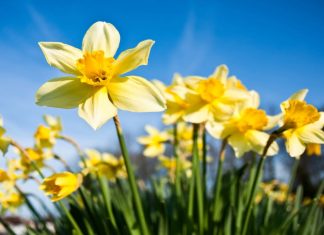