The celebration of Raksha Bandhan will be held on August 22 this year. To celebrate the eternal bond between siblings, the sacred thread known as Rakhi is tied on the day of Raksha Bandhan. The festival which is observed annually on the Purnima (full-moon day) in the Hindu calendar month of Shravan epitomizes the love and protection that two siblings have for each other. As per the widely accepted tradition, a sister ties a Rakhi on her brother’s hand and pray for his long and successful life and the latter promises the former to protect her from evils and showers her with some good gifts. However, the old tradition has been more beautified and strengthened in the modern times as the norm of two sisters or brothers tying Rakhis around each other’s hand has now become common. Moreover, many ladies also tie Rakhis today to the hands of the men in their neighbourhood or to the ones they know as a mark of respect and gratitude. Men also tie Rakhis to the women they know on the occassion of Raksha Bandhan as a symbol of courtesy. With the trend of tying Rakhis to sister-in-laws along with the brothers becoming a practice today, many entrepreneurs are now selling two Rakhis along with a packet of some delectable chocolates / sweets and naming the pack as ‘Bhai and Bhabhi Rakhis’. These ‘Bhai and Bhabhi Rakhis’ are quite popular as they fly off the shelves rapidly with the approach of the Raksha Bandhan Festival.

Apart from human beings, the system of tying Rakhis to pet animals or trees has also been witnessed to be a regular phenomenon today. People have started following and appreciating this practice of tying Rakhis to other living beings in addition to human beings in recognition of the valuable services they offer to mankind. Therefore, it can be said that Raksha Bandhan is now conducted as a celebration and the hope of strengthening of a beautiful bond between two living beings and has been taken away from the old school thought that it was meant only to glorify the relationship between a brother and sister.

Raksha Bandhan has its roots in a story that has been described in the epic Mahabharata. The tale goes that Lord Krishna had once cut his finger while flying a kite and it started bleeding. Draupadi then tore a piece of her saree and tied it around his finger to stop the bleeding. Overwhelmed by her kind gesture, Lord Krishna promised to protect her from all kinds of evils and the narration of his protection to her during the disrobing of her clothes at the court in Hastinapura is widely known and eulogized. To protect Draupadi’s dignity, Lord Krishna kept on pouring infinite yards of clothes so that her body remains covered properly. The act of Draupadi tying a piece of cloth on Krishna’s wounded finger is synonymous with Raksha Bandhan. Apart from the tying of Rakhis, the ceremonies of praying and turning a puja plate around a person, offering a tilak mark ( comprising of vermillion, turmeric and rice) on the forehead along with the feeding of sweets and distribution of gifts are the other traditional rituals of the Raksha Bandhan festival.

One of the main emotions celebrated during the unique festival of Raksha Bandhan is expressing gratitude to the person who have been an important part of our life and has helped us overcome our obstacles and been an adviser and a partaker of our joys and sorrows. Raksha Bandhan is, therefore, a day to show appreciation towards the person who has been a strong critic as well as an excellent cheerleader of our life. Gratitude is also shown to the pets for their unconditional love and trees for the valuable bountiful produce they give to mankind without seeking nothing in return.

As a mark of respect to the person who has been playing an important role in our life, a Rakhi is tied around his /her wrist and a small prayer ritual is performed for his/ her prosperity and success on the occasion of Raksha Bandhan. Respect, being quite difficult to be earned in life, is made more special when the uniqueness of this emotion is exclusively celebrated for a person with the presence of the tying of Rakhi on him / her wrist. Trees and pet animals are also shown respect for their precious services to mankind by tying Rakhis around them.

Being a universal emotion of positivity, love is uniquely celebrated as a prime aspect of almost every special occasions and it is also done so during Raksha Bandhan. The tying of Rakhis, praying for another person and giving gifts to him / her are the ways in which love is shown and celebrated on the occasion of Raksha Bandhan. To celebrate the love for pets and trees, Rakhis are also tied around them.

It is also believed that Raksha Bandhan, which converts to a ‘Bond of Protection’ in English, should be celebrated in a particular time period. This year, the time considered auspicious to tie the Rakhi will begin at 6:15 am on August 22 and continue till 5:31 pm the same day. 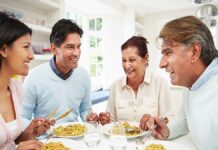 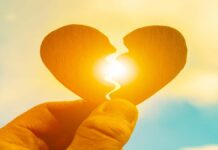 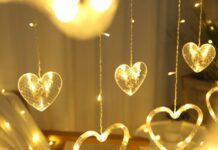 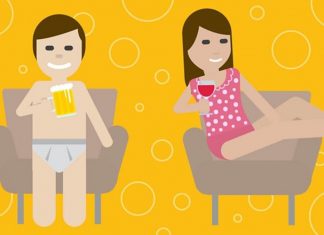 27 Photos which will make you go “Yeh toh thug life...