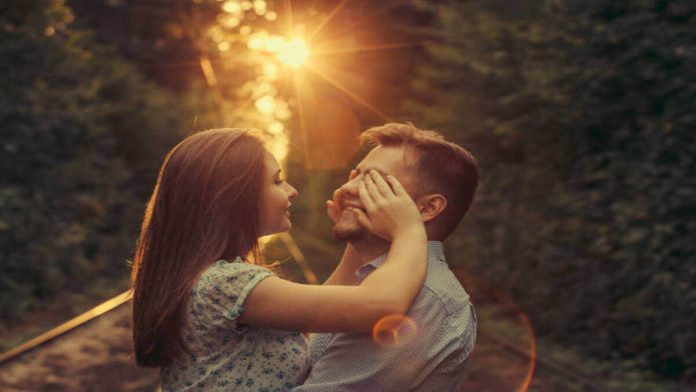 The unlucky lovers of the world might be tired of the trope playing out of love being this absolutely magical, special, encapsulating experience that it is universally explored to be. But that does not make this strike by Cupid’s arrow any less obsessed over in its many an elements professed to possess indeed the charms of the fantastical. Love has forever held this dreamy reputation of sorts, by which means it transcends from being just another of the wide many convoluted emotions that the heart feels to dwelling in such an elevated dimension of its essence that makes it the single most coveted emotion by humankind. Widely asserted in such dynamics that endow upon it the status of being the best feeling in the world and in all its commonplace especialness as well is this exaltation entailing to the lofty lores of love that is what has led it it to maintain its aura in immense distinction in all its blooming and blossoming in the many hearts of the world.

In such airs of its assuming that unravels as honey sweet for one and immensely bitter for the other, love itself gets as idiosyncratic as it can necessarily encompassing an essence that though is never bland. As exciting as it is calming, as magical as it can be real and as fleeting as it is forever are the many ironies in contrast that characterise love. But nowhere else is the evocation of this surreptitious thing called love any more dramatic than what the rising palpitations of the heart conjure up a notion of in such occurrences of it through a mere solitary sight. Aptly called and universally lauded as well while being also as potential inviter of the chides is the love at first sight phenomenon that takes on the shortest cut possible to have perfectly practical lives assume a dramatic flair of a trancelike realisation. And it is by virtue of this unpredictable, almost unreasonable emphasis through which love springs at times at the most unexpected of places that makes this whole first sight abruptness one of the most remarkable manifestations with which the human world is obsessed, either in their own experience or along secondary explorations of it.

This particular version of love that is purported to happen at an instant, and at the completely unfamiliar first moment as well, is even more ludicrous a proposition than what emerges out of the holding of love in utter fancy as an entity transfixing enough even in its actual experience to therefore come across as a state of being more imagined than real. But standing witness to the extremely real power yielded by love tends to be almost the whole world in unison, vouching for the miraculous rendition of this tug at the heart that plays out in all pinks and reds and roses, sometimes induced by the experience of others and at times more than mesmerised with their own serendipitous stumbling upon it that has them harbouring absolute faith in the larger than life accreditation that love enjoys in all its luxury. And in such assertion of it that despite being an aberration rather than the norm appeals still to every heart still not scathed by the hues encompassed by love beyond its revered rosy reverie, the love at first sight inference indeed is something the world loves to seek out either in all delight or in as wholesome a skeptical pursuance of its dubious reality.

Which brings us to the eternal question skilfully evaded by love across its first sight manifestation regarding the truth or otherwise of it. Or even forget whether love at first sight is ever real and dwell instead on whether it classifies to be lauded as love yet? Because in all our experiences gained out of love or from it, there seems to be a pattern universal enough in its reinstating the growth of this emotion over time. As the relation identified as a romantic one spans across a longer period of time it also encompasses within itself a depth that is believed to deliver the true essence of this superlative of all emotions ever experienced. And superseding this very premise of love as being an identity evolving through life, much like life itself, is the playing out of the feels as early as in first sight making therefore this whole notion under consideration more susceptible to be brushed off as all flimsy and filmy and therefore fickle. Delegating this rather abrupt experience in an accelerated beat of the heart therefore to such references as attraction and infatuation or what they term instead as a ‘strong liking’ that despite all the intensity of its stemming does not characterise as love yet, love at first sight might be something celebrated only by diehard romantics and those drunk every bit on the very idea of what conjures up love in all its reputation as being an almost synonym for magic. Worse still, love at first sight might even be offsetting for some who strike upon rather common a perception of it that dispatches it out from the divine grace of life and into such descriptions that sets it aside as lust not generally considered in the same soulful analogy of which love is an eternal presence. In such disreputations that murk the charting of love along this certain strand of its flowing, love at first sight has largely come to see itself appropriated to such extents that discredit even its essence even when it still is held in utterly exemplary fancy of surreality by all those who refuse to escape such spectacular spans of love that infuses it with all spells of magical sustenance.

But even in its continuous dwell along such lines of thought that almost neglect its status as being one emerging out of the profoundly enriching experience of love, love at first sight has been scientifically established to be prominent enough in being an alternate version of reality, if not the standard of it. Already assertive enough in its identity in appealing to the spectrum of the human fancy, love at first sight assumes also much credibility as a medium through which that essential feeling in profoundness makes home in the cosiest corner of the heart. That does not however do much to completely overturn the reality of the half truth that characterise this expression of love. Love at first sight indeed is not so much about so vital attributes of romance as passion, intimacy and commitment- at least not at the moment it bursts forth in all glaring exuberance. And yet, in marking the beginnings of a love experience that is more exploring of such requisites of what governs long lasting, healthy bonds, love at first sight does its best to not squander away its firm rooting across this premise of the desirable.

But what makes the case for love at first sight to gain greater ground of acceptance is sought to be somewhat overruled by the very basic nature of it. As a spark rooted indeed in the aesthetics as the very evoking of the sighted spectrum suggests, love is more likely to occur at first sight when the person involved happens to be physically attractive. Attractive not always in the sense of the arousing, in which case it might be not so wrong a notion to render it closer to lust, but at least in how they appear, whether that be in endowed beauty or in well grooming of their person or even perhaps the vibe they give off through their personality. That perhaps might be a stemming attributable to the universal experience of the halo effect that which biases us in such mannerisms of thought leading us to associate a positive visual impression with innate goodness of the soul. In such cases of love at first sight therefore, the universal emphasis on making the first impression count holds more weight than perhaps any other similar encounter along such ideals.

Another very interesting establishment about love at first sight though happens to be one not very favourable as far as a potential romance is concerned. Because love generally strikes just one of the prospective lovers at the very first view, this flow of love might be more likely to at least begin as an unrequited experience of sorts. And yet, it is even in this singular assertion that this absolutely unreal sounding version of love works out such charms across its expanse that contrives to bring about more wholesome a romantic relationship to blossom. In its swift and therefore striking assertion, love at first sight begins as more intense an encompassment of feelings, and to such extents that can veritably elicit similar such emotions out of the corresponding individual, by leading them to believe so much in the unexpected nature of this entity that makes them more than likely to happily submit to this strain of acquired realisation.

But love at first sight is more magnificent in the sheer extent of the magical essence it sustains and through which it continues, as curating the memory of the couple cherishing their first sighted charting of love out of which they derive a greater sensation of romance leading them to be the happily in love couple dishing out many a #couplegoals the world goes all mushy and awwing over. In such assertion, love at first sight itself might be a definite emotion in itself rather than a phenomenon, encompassing the spirit of love in all spectacularity. With love at the core of what determines its essence as even more magical a realisation of the magic possibly emanating from the die hard romantic residing in the heart, love at first sight might not be an accurate account of the real but it sure is as realistic a beautiful dream as one envisions rosy love to be. The perfect Kasauli travel guide you need to browse through before...