INNFINITY
Home Relationship 11 things you must know before moving into a live-in relationship with...

Live-in relationships have been, for quite some time now, the ‘in’ thing for love struck couples. Even when the society, specially in this part of the world, does not regard too highly of moving in with a partner, without the legal and religious binding imposed by marriages, for those who are truly and deeply in love, opinions hardly matter.

Love it or hate it, living in is now very much a preferred mode of continuing and sustaining romantic relationships. It might be fun even, for it’s more like those super wonderful sleep over sessions with the person you love the most. Only that, while sleepovers are always fun and rarely boring, the continuity and somewhat certainty that a live- in relationship might tend to bring in might be reason enough to put you off.

Traditions require a shunning of live ins as they look down to it as being a bit too- read, unnecessarily- modern. But living in with your partner without the responsibility that marriage inevitably brings along is in fact a way to unwind for most of them.

So if you are someone who is ready to take the plunge in the non traditional way, you need to be knowing how exactly it would be to actually living in with bae. That, without the sanctity of marriage and with a lower assurance of legality.

A live- in relationship is akin to a marriage in most respects. Whether it be sharing responsibilities or having to be more sensible, when you have your significant other living with you, you obviously would need to be more accommodating. And that’s practically not very different from being married to someone.

Live in relationships are basically like the pre honeymoon phase of weddings, glamourised and carefree.

You might be head over heels in love with someone and think they are all cute and stuff. But things might not pan out exactly the way you romanticised them when you get to be with them all the time.

Those antics that had driven you crazy into love at one time might be leading you to insanity when you have to encounter them 24×7. As a means to find out whether you would be compatible with your partner outside all of the love, live ins can indeed turn out to be the saviour.

Since you have been living in for quite sometime now, you would very much know your partner’s preference of ‘me time’. Likewise, you would also be in safe space so as to developing your own boundaries and charting your own territory. With both of you are in the know about each other’s requirement of solitude and privacy, things would be less messy once you get settled.

With a live in buddy, you also have free access to a caretaker! Sounds offensive but you will realise it’s not. Because you end up being the care giver for them as well.

Specially when you are down with the flu and don’t want to do anything on your own, you will be more than thankful for living with the love of your life. Because they would cuddle you and lend you a blanket and also perhaps make a hot, comforting bowl of the spiciest soup to drive the cold away! Awww!

#5 Cut some slack with the expectations

On other days however, it would be best if you don’t expect much. Being greeted with breakfast in bed or smothered with kisses every time you step in and out of the house is a bit too realistic to be true, even in a live- in relationship.

The best thing about live- ins, whether it be with your bestie or with bae, is unending house parties! Doesn’t really matter if it’s just the two of you or your close buddies or even the whole neighbourhood barging into for a weekend session of fun, undue and uncalled for celebrations are the most lit thing about having to cohabit!

Being with bae every single day and moment of your life might however also prove to be tedious. You will likely be missing the spark of finally catching up after a long week or letting your eyes feast on the bundle of cuteness on whom you shower all of your affection. In preparing you for the sweet but no so appealing concept of marriage, a live- in relationship comes in handy.

Looks hardly matter when it’s your heart that does all the gazing. But surely the effort to put up a good show for your special someone is a pain we all smilingly go through. With live- ins though, this hassle to be presentable to woo bae is non- existent. Because you see them in their morning puffy avataar or in all their throw up glory and still adore them, you begin to realise more as to just how inconsequential looks are when it comes to love.

A live- in relationship also prepares you for the long run complexities of dealing with finances. Money matters are substantially unsettling enough to put anyone at unease. But when you begin living in and obviously start sharing the expenses, things tend to get a bit less tighter bound than what they otherwise would have been.

One of the best perks of being in a live- in relationship is getting to experience a family outside your own. Whether it be bonding big time over shared passion and happiness or even gloom, or ‘adopting’ each other’s mannerisms and habits- in food, fashion, lifestyle whatsoever, your significant other is very much your family now. Even without the legal bindings, you will discover just how blessed you are in being with person you are so attached to.

Perhaps the most crucial thing about deciding to be in a live- in relationship with bae is about consciously deciding to make it official. Because when you are moving in with someone, you can’t be waiving off speculations about your status. While living in might not be regarded as assertive a choice as marriage, it does indeed at least mean that you aren’t someone to be shying away of accepting being in a relationship. 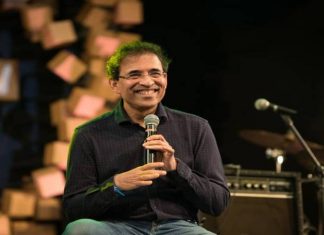 Harsha Bhogle: The man of many cricketing words