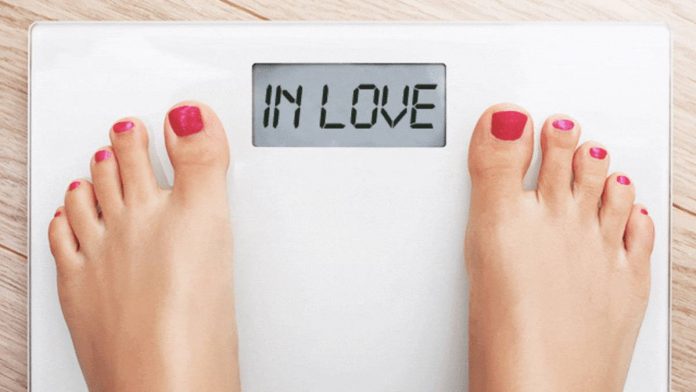 That love is dynamic is a realisation that one need not necessarily be lovestruck indeed to fathom in the sheer dimension of its being. Because love is an emotion and emotions, despite all universality of them are perceived in infinitely different ways by the as infinite population of the world, the fact that love is magic to some and a bad omen to others is a reality equally valid in the dramatically contrasting experiences of its unfolding. In fact, so much about what goes into exploring love takes assertion across the realm of the compares and the contrasts, it perhaps would not be wrong to say that love is ultimately the sum total of the pluses and minuses. But does that bring down love to being an entity not very impressive in its cumulative zeroedness? Absolutely not, as anyone who have treaded indeed the amorous ambience of the love dwelling will agree- even in the face of their confusingly conflicting experiences along the course of it- that love is anything but nothingness. It tends to infinity for sure at most times or it might otherwise present an experience incapable of conjuring up definite figures of what it amounts to, but love persists well between the ends of the opposite on the worldly scale. And affecting therefore it is of every thing as worldly as well, touching upon the vagaries of the emotional and the veins along the physical with as much pride in evidence, manifesting still though as a charming play of the incongruencies that what makes love the unpredictably enigmatic rendition of rosiness that it tends to be.

Asserting this working in difference in as stark apparentness of it as possible is a love lineage more resident along the physical promenade of the body as against the wholly red realm of its residing in the heart. That being in love entails its many a smitten souls a wide range of beneficial effects both psychologically and physiology is a truth remarkable indeed but what’s perhaps even more intriguing a certain exploration of this health trait embedded within the love tendril relates to a human concern universally lost sleep over. Being deeply in love might sound as profound an emotional expression of it as possible but what it does to the body, scientifically that is is as capable of emerging as a proposition equally distinctive. The weave of the contrasts along this artistic build up of the love strand is as evident still, lending itself to either ends of the extreme on the weighing scale across such dynamic again renditions that can be as fittingly desirable for one as it is repulsively undesirable for the other.

In what indeed is a very dramatic mode of its forever diversified mechanism of working, the love potion has been found to be alluding to such numbers on the weight line that do not meander in or around an average. Instead, the tendency is more of oscillatory nature with swinging sweeps between far flung ends on the spectrum of the kilos or the pounds as love has been found to be accounting for such dual demarcations of what characterise both weight loss and calorie gains. The more prevailing notion while tends to be one that associates falling in love with an expanding waistline- as eloquently expressed in such deliverances of the jargon as ‘love handles’, the opposite is as likely to be true.

That amounts to quite some losing in surprise as the relationship weight has long manifested to be a valid phenomenon, as something attributable to not just an increase in the frequency of night outs and many a romantic dinners or excitedly embarking upon the exploring spree of the newest cafes and pubs in town and such associated ideas of indulgence but also as a phenomenon contagious enough to catch up on to one partner from the other. In somewhat discrete unfolding of drama though, the universality of this trend seems to maintain its weight even in the face of such revelations that largely see married couples or love partners eating comparatively healthier stuff than their non committed peers. But a conscious peering into the psychology of what drives individuals finally at peace in the soulful realisation of having discovered their soulmate for life to find expression along the higher edges of the numerics reveals a very basic human nature to be at work behind this largely adhered to tendency in love. With appearances tending to be a priority we ourselves give in to while new and exploring in the dating scene, irrespective of whether that matters or not for the onlooker, prospective harbourers of the romantic relationship rosiness take it upon themselves to emerge as as fit as possible physically. That desire weans down though once they discover with delight the love of their lives leading them to such ‘apathy’ in looking and living that has them finding solace instead in whatever they look like in matters of their physique. And thus it dawns upon one and all just why the lovey dovey nature of affection and care is significant enough an entity desired through our coursing along life that it drives us almost to a bliss uncaring of such physical perspectives of the world. That a continued experience in weight gain spurred by an unhealthy lifestyle despite of the immensely healthy haven of relationships of our dwelling isn’t something really desirable but that does not subdue in any manner the truth and facts running along this illustration of the love graph. And thus it manifests, this definite aspect across which love delivers not just the heartfelt emotions in which it discovers so much esteemed exaltation but also a significant enough count of the pounds and the calories sitting not as radiantly upon your waist stretched to as possible extents of its living as the expanding premises of your immensely love filled heart.

And yet the malleable nature of love that marks the tide of its transience as well means that the hearty rendition of the reds do not only stuff one up with the one dimensional assertion of what it is across all allegorical implications. Of equally scientific basis is the power of love to rob you also off those beyond the optimum resting of the calories and stuff and in terms more open to technical interpretation as well. Emerging therefore from the medical jargon of what harbours the ability to explain every bodily functioning in definite deliverance of what guides that certain assertiveness is also this parallelly running strand of love striving to strike a balance so as to douse one truly and wholly in the ambient feel and experience of the enamoring emotion it essentially is.

The onus rests with the love hormone oxytocin that is largely responsible for triggering those heaves of the heart but also yields a brainy response that which sufficient guides a whole lot of physical human behaviors. And one area of consideration that oxytocin holds in special regard is the appetital aspect of existence that regulates our eating habits in need as well as in extravagance. With our indulgence in the pleasures of eating entailing a release of the oxytocin hormone at least as prominently as the love running through us does, it should not be too difficult to interpret this aspect of the relation that love leads us to pursue with our body. So integral is oxytocin to the love exploration that it is released also in almost all of the activities arising out of this strong enough desire in living and loving such as cuddling and kissing and touching and such forms of physical contact that makes the body also as aware of the sensations of that emotion otherwise emerging from the heart. Of course, the effectuation of the oxytocin release manifests in manifold measures across the physically intimate explorations of love that which culminates in the experience of lovemaking or sex and the associated phenomenon of an orgasm. And in experiencing such an overwhelming release of oxytocin, the body embarks to work also on other areas beyond the heart most essentially tricking the brain to attain in ultimate perfection the nuanced controlling of something as insatiable as the human appetite. Specifically in males, oxytocin has all the more important a role to play in this regard as it also affects their metabolism considerably. And in considerably suppressing appetites and reducing caloric intake and thereby inducing enhanced metabolism and improved insulin sensitivity, love through its almost exclusive dealing in and of oxytocin is as effective in driving the male pursuers of its might to greater health and fitness as well.

Oxytocin might be most distinguished in its absolute ruling of the love realm but the happiness hormone of serotonin is also as inextricably linked with what is after all a joy derived out of the love connection. As also an agent driving considerable fat away from the body by such mechanism across which an increase in the levels of the hormone leads to the brain stimulating the intestinal cells to convert the fat into fuel, serotonin can be as substantial a link when it comes to correlating the gains of love with the loss of pounds. Whatever the degree of the connection though, whether it be the intensity of the love emotion or the elevated extent on the hormonal horizon, one thing that stands out still is that love finds more than mildly effective ways to assert its power upon our psyche and the body. To decimate love as merely physical an attraction in looks or to exalt it as being absolutely and exclusively of sentimental nature is a fallacy we are prone to commit in all our committed stance of it. But what love perhaps is is the balance we seek throughout in life, whether it be in realisation of its essence as one through which life strives or in such management of weight and health and body that furthers instead the pursuit of living in all its loving worth.

The Angelic City Of America Is Simply Astounding 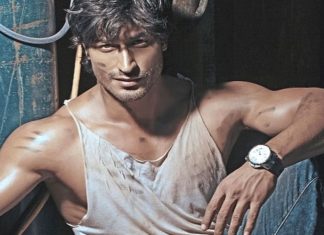