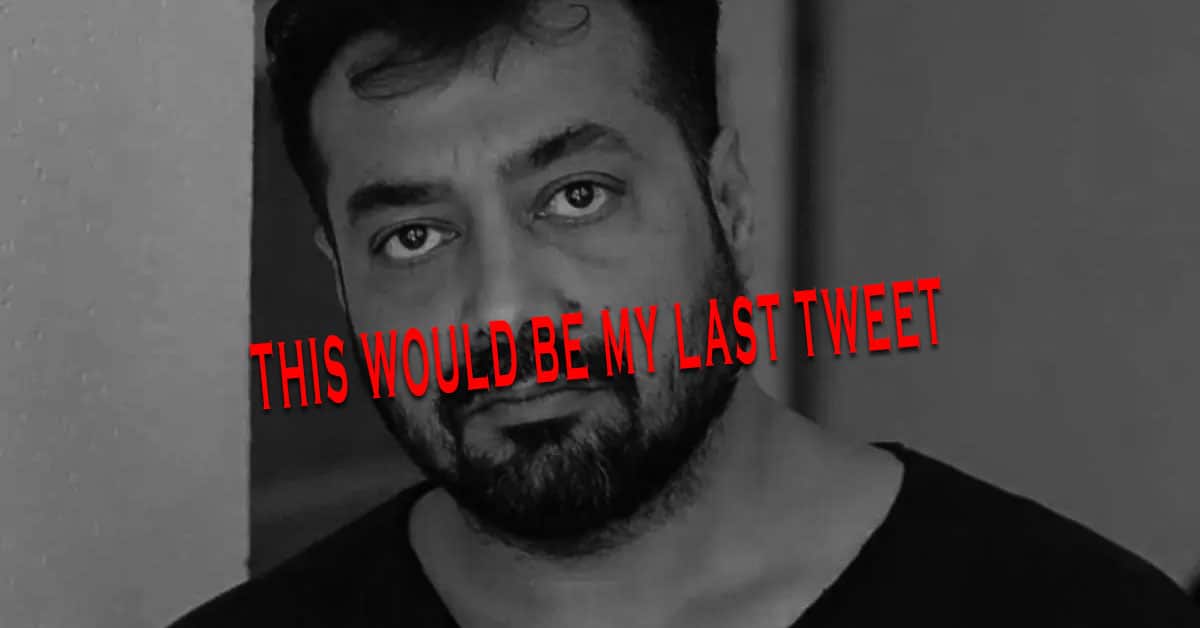 The New India critics are always being questioned for their critical remarks on the public domain. This time noted new wave filmmaker of India, Anurag Kashyap quit twitter on Saturday following death threats online and phone calls to his parents.

In the series of his last tweets, he revealed the fact that his parents are getting phone calls of death threats and online rape threat to his teenage daughter.

When your parents start to get calls and your daughter gets online threats then you know no one wants to talk. There is going to be no reason or rationale. Thugs will rule and thuggery will be the new way of life. Congratulations everyone on this new India and hope you thrive

Being a vocal critic of NDA government, Kashyap took social media to express his views and criticism towards the current government rule. This is not the first time that he received such threats. Previously he shared some of the same incidents on social media.

He expressed the loss of freedom of speech,

When I won’t be allowed to speak my mind without fear, I would rather not speak at all

Concerning the safety of his family, Kashyap tagged Narendra Modi in May over the constant threats by the self-proclaimed followers of Modi on a tweet,

Dear @narendramodi sir. Congratulations on your victory and thank you for the message of inclusiveness. Sir please also tell us how do we deal with these followers of yours who celebrate your victory by threatening my daughter with messages like this for me being your dissenter.

One of his last tweets reads before quitting Twitter,

Wish you all the happiness and success. This would be my last tweet as I leave Twitter. When I won’t be allowed to speak my mind without fear, then I would rather not speak at all. Goodbye

Last week, Kashyap criticized the ‘revoking Article 370’ by the NDA government and he was also one of the 49 intellectuals who signed a petition concerning the rising mob lynching in the country. The salaries of Indian cricketers in 2019 will blow your mind #CheerUpCharlie becomes a rage after celebrities raise their voice against a...