2018 FIFA World Cup is on in full swing and is turning out to be a hugely entertaining one.

Trolls and upsets apart, this edition of world soccer’s showpiece event has also been as much about the players as about the game itself.

With Ronaldo and Messi- the two giants who were expected to dazzle up the field with their heroics- already out of the fray, it was chance for another footballing marvel Brazilian Neymar to step up his game and deliver with his superlative skills of play.

And deliver he did. In fact he did a double. He scored a goal and he scored an Oscar as well!

In Monday’s crucial game against Mexico, Neymar proved once again his deference tactics and his ability to trend on social media. With trolls, that is.

A fouled Neymar was on the ground when Mexican Miguel Layun came to take the ball that was in between the Brazilian’s legs.

And though Layun did put his feet on Neymar’s ankle, it was obvious that the PSG star’s show of pain was  areal pretense.

Of course, Neymar refuted any such allegations but Twitterati had already done the damage by then.

Fair play to Neymar. Trying to win an Oscar and a World Cup in the same year isn’t easy, but he’s definitely giving it a go… pic.twitter.com/rqZRgkBXte

The next time Neymar plays for Brazil #WorldCup #BRA pic.twitter.com/Fsm6xEvmVw

On a level of 1 to 8 what level Neymar do i feel like? 6 #WorldCup pic.twitter.com/BCXCiEe32u

Layun is all of us whenever Neymar rolls around #BRAMEX pic.twitter.com/k6a6bxfZTK

Indeed, the world show! Of what, you decide! 38 insanely lazy memes which show laziness at the highest level 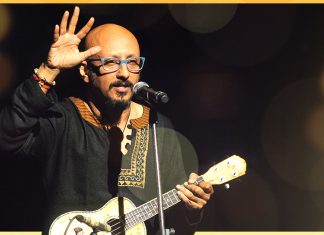 The “Feel” Music and Magic of Shantanu Moitra