INNFINITY
Home Scoop Lucifer S05: Key highlights you need to know about the plot and... The much-anticipated fifth season of the popular Netflix show Lucifer finally arrived on August 21. If you are a Lucifan whoprobably pulled an all-nighter to binge-watch the new season, don’t blame yourself. Of course, the Devil made you do it, right?Before we head towards the highlights of the fifth installment, let’s get a quick recap of where we were in season four. The last season ended with Lucifer (Tom Ellis) confessing his feelings for Chloe (Lauren German). But as the prophecy said –‘When devil walks the Earth and finds his first love (which was not Eve, but Chloe), evil shall be released,’Lucifer decided to return to his throne in Hell to protect Earth from demons. Now season five comes bearing gifts – God(Dennis Haysbert) – being the biggest gift amongst all.

With more murder mysterious to solve, and more killers to punish, detective Decker is back with her investigative prowess along with demonic bounty hunter Mazikeen ((Lesley-Ann Brandt).From Amenadiel (D.B. Woodside)and Lucifer putting on detective’s hat to Daniel Espinoza (Kevin Alejandro)finding out the truth about the Devil, this season has got everything to keep our eyes glued to the screen. Especially, Lucifer and Chloe-inspired characters namely, Lieutenant Diablo and Detective Dancer respectively, give us a respite from the celestial drama.By the way, did you notice the reference to famous horror flick ‘The Shining’ in episode seven (Our Mojo)?

Well, the season five leaves us with a major cliffhanger – yeah, the God himself, arrives in the City of Dreams and that too with a halo!Obviously, dear old dad hates to see his sons fight.

As the S05 promo already revealed Lucifer’s twin brother,Michael aka Lucifer 2.0, viewers were all set to witness the face-off between the siblings.Determined to seek revenge on his brother, Michael hatches a sinister plotto take over Lucifer’s life. Known to trigger the fears of people, Michael instigates Dan to kill Lucifer, evokes Amenadiel’s parental anxieties about Charlie’s immortality and goes to the extent of kidnapping Chloe. He certainly has some bigger plans for season six!

Talking about identity theft, how could Michael even think of this idea in the first place when he is nothing like Lucifer, apart from his face? First, Lucifer never lies; second, he has a great British accent which Michael obviously doesn’t have and third, he is The Devil. Not to forget, something is wrong with Michael’s right hand, maybe he got injured in the past! It seems like there’s more to his motive behind doing all this than jealousy.

During the entire season, Chloe is struggling to deal the truth of her existence as Michael gets into her head and tells her that she is only a giftcreated by God for Lucifer. Decker is confused if what Lucifer and she has is real or not, knowing that her whole life is a manipulation by God! Moreover, she is unable to figure out why Lucifer can’t admit that he loves her?

On top of that, she gets to know that Amenadiel is the angel who blessed her mother before she was born. Startled to know this all of a sudden, she deduces that Amenadiel could be her father (that actually makes sense; but no, that’s not how it is apparently).Despite being sandwiched between her responsibilities as a mother, a detective and a devil’s partner, she seems to enjoy her newly acquired charms (the mojo) she got from the Devil.

Once upon a time, there was a Devil…

Probably one of the best bedtime stories that Trixie has ever heard and you’re surely going to love it too! As Trixie comes to Lucifer’s penthouse to hang out, he narrates a story to her that features some familiar characters. This black and white noir detective tale dates back to 1946 and uncovers the significance of Lucifer’s immortality ring given by Lilith(Adam’s first wife). The little Trixie tricks the devil and tells the secret story to Maze (Lilith’s daughter). Maze definitely knows a thing or two about bribing kids, huh!

Maze channelizing her friendly self

In the previous seasons, we have seen many characters impersonating one another. Remember Dansformation- Lucifer’s attempt of mimicking Dan, then Amenadiel tries to learn Lucifer’s luxurious ways of living among the humans, and after that, Eve imitates Chloe to understand what makes the Devil fall for her. And now, in season five, we have Mazikeen copying the amicable forensic scientist Ella Lopez (Aimee Garcia). From her casual clothes to ponytail to her famous hugs, Maze does it all. She makes an effort to make herself look a little less scary around people, and to overcome her abandonment issues with her mother, Eve and Lucifer,as he went back to Hell without her.

What will Lucifer Season Six unfold for viewers?

There are numerous questions that still remain unanswered, raising our hopes and excitement for the sixth and final season that is expected to premiere on Netflix in 2021. Here are some of the intriguing questions that are likely to be unveiled in the finale.

Unfortunately, we are only one season away from the finale, and then this incredible supernatural crime-thriller drama will be over. But as long as we get to see LAPD hunting down murderers with the help of civil consultant (the Devil himself), we’re all geared up to find out the ultimate fate of our favorite characters in LA, Heaven and Hell. So, let’s not be preposterous and make assumptions about what, where and how things end because God has His own mysterious ways.

You may also like 5 reasons to watch ‘The King: Eternal Monarch’ 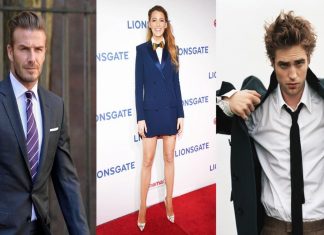 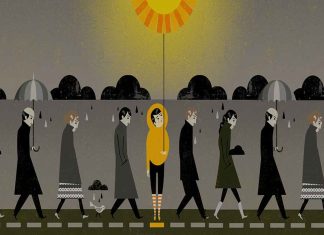 Doomed in the desire for happiness