Rainbow flag and its peculiar history will be out in print sometime soon.

Gilbert Baker, the American artist and gay rights activist had designed this iconic symbol of the queer cause, which will soon find place in the late artist’s memoir Rainbow Warrior.

June 2019 will see the official release of the book, as has been revealed by publishers Chicago Review Press.

Rainbow Warrior will explore the life and struggles of the iconic creator of the colorful flag, and will rightfully project Baker as the man behind the harbinger of the LGBT movement.

The current memoir is actually a reproduction of Baker’s self penned recollections of his life and work by editor Jay Blotcher, who was approached by Baker’s mother, Patricia Baker, and sister, Ardonna Baker Cook, after his death on March 31, 2017.

The release is planned to coincide with the 50th anniversary of the June 1969 Stonewall riots, very often considered to be the precursor of the modern day LGBTQ movement.

Even after 40 years of the flag’s ‘launch’, it still remains as relevant as ever with however a ‘toned down’ version of the original, with the band of colors altering between six to eight. A Burj Al Babas ghostly fairyland where castles are built in... 32 awesome things to do in Hampi to create memories for... 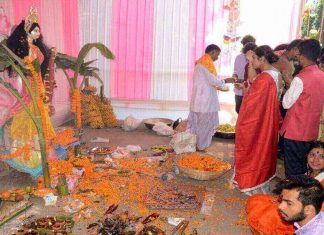 Spirit of a spring time symphony: the Saraswati Puja sentiment