Reigning Bollywood diva Deepika Padukone tops the list of 50 most sexiest Asian women, even as a bevy of television stars emerged to give B- town beauties a run for their money.

The list compiled by UK based Eastern Eye weekly celebrates the 32 year old as a strikingly beautiful star but what makes her special is “how big her heart is and how grounded she has remained throughout her remarkable rise”.

Closely following on the heels of Ms Padukone is another actor and last year’s top sexiest Asian women Priyanka Chopra, who like Deepika rounded off a spectacular 2018 with her marriage to singer Nick Jonas.

However, what is most remarkable is the fact that three small screen stars also managed to make their presence felt on the global list. For the third consecutive year, Nia Sharma maintained her position in the list to emerge as the 3rd sexiest woman in Asia. Shivangi Doshi at 5th position, Hina Khan at 8th position and Niti Taylor at the 10th spot rounded off the top 10 which also includes Pakistani actress and global icon Mahira Khan at 4th, and Bollywood actors Alia Bhatt at 6th, Sonam Kapoor at 7th and Katrina Kaif at the 9th position. 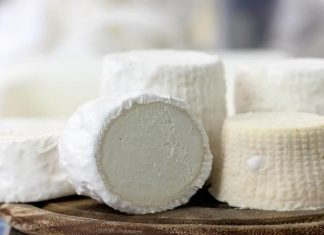 Pule Cheese: the world’s most expensive slice of deliciousness