The first man to land on moon might have been Neil Armstrong but this time it’s a billionaire who is all set to create history as he prepares to be the first man to privately fly to earth’s very own satellite.

Online fashion tycoon from Japan Yusaku Maezawa was announced by Elon Musk’s company SpaceX as the man on the mission that is slated for 2023.

However, Musk refused to confirm the development cent per cent as the rocket that has been touted to make the record creating sojourn has not yet been developed yet.

Announcing the development at the company’s headquarters in Hawthorne, California on Tuesday, Musk also took to social media platform Twitter to reveal the lucky name.

Hanging out with @yousuck2020 before the @SpaceX moon mission announcement pic.twitter.com/RTOwutzMtG

Mr Maezawa is an art enthusiast and the 42 year old created headlines when he paid $110.5 million to acquire an artist by late artist Jean- Michel Basquiat at a New York auction. Obviously then, the Japanese chooses to invite six to eight artists from around the world to accompany him in his maiden venture to the moon.

I choose to go to the moon, with Artists. #dearMoon https://t.co/ivMypEcWBZ

The ambitious project had been unveiled back in 2016 with the Falcon Heavy rocket initially touted to give fuel to the journey that would be the first of its kind in the history of the world. However, early this year, Musk decided to stick to the Big Falcon Rocket as the launch device for further crewed missions.

Notwithstanding Musk’s recent courtship with controversies galore, SpaceX is all geared up to rewrite space travails with its futuristic endeavor. All luck to the team! 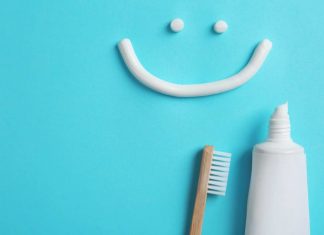 As fierce as your red lipstick- the beauty you know, the...