American star Demi Lovato has been hospitalised in Los Angeles over a suspected case of drug overdose.

The pop star and actress was found unconscious at her Hollywood Hills home on Tuesday.

25 year old Lovato has been quite vocal about her struggles with cocaine abuse and self harm reportedly had a overdose of heroin.

However, it is reported that the artist is doing fine now and is now ‘awake’ after being rushed to the hospital.

Social media witnessed a rush of emotions following news of her hospitalisation. The hashtag PrayForDemi trended on Twitter, with several celebrities showering their love on the former American X Factor judge.

We should all wrap our arms of love around Demi Lovato. I am so happy you’re alive. Thank God. If I know my monsters as well as I believe I do, we all wish you self-compassion and inner peace. And may you receive the love so many have for you. #ImConfidentInDemi Demi, I love you.

I love @DDLovato so much. It breaks my heart that she is going through this. She is a light in this world, and I am sending my love to her and her family.

A child star, Lovato has struggled much with a number of health and psychological disorders. However, she was believed to have recovered, until her new single Sober revealed she had relapsed.

Monday night saw her partying away with friends at a birthday party in West Hollywood, pictures of which was shared on social media. 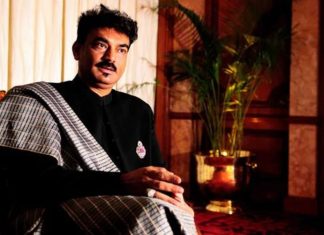 Things women never ever want to hear from you