INNFINITY
Home Tech Everything you need to know about Chandrayaan-2

As India successfully launched Chandrayaan- 2 today after a failed initial attempt on the 14th of July earlier this year, the nation becomes only the fourth in history of the earth to achieve a soft landing on the moon.

Joining the likes of Russia, USA and China in the big league, Chandrayaan- 2 will likely be India’s recipe of unprecedented success and one that would fuel aspirations of space enthusiasts in days to come. This is the country’s second mission to the Moon after the successful launch of the Chandrayaan- 1 a decade back in 2008.

However, Chandrayaan- 2 isn’t just another lunar mission. The launch is also significant in a couple of firsts and equally pivotal in promoting the use of indigenous technology to explore the difficult lunar terrain. Powered by the home made GSLV MK III, Chandrayaan- 2 will be fully relying on the pride of being a Made in India satellite to discover unknown terrains and unearth interesting, hitherto unknown prospects.

As the first ever space mission that is primarily aimed at exploring the south pole of the moon, the objective set to be achieved by the Chandrayaan- 2 is undoubtedly exemplary. Exploring the yet uncharted south-polar region of the moon bears greater importance because most of the lunar South Pole remains shrouded in darkness which makes it extremely difficult to tread as well.

Chandrayaan- 2 also attempts to validate further the findings of the Chandrayaan- 1 that detected the presence of water molecules on the moon. Identifying the location that might hoard abundant lunar water comes forefront as the focussing purpose of India’s second moon mission.

The south pole is also expected to be a better searching ground for the presence of water particularly because of the huge shadow it remains clouded in.

The colder environs and frozen structures of the southern part of the moon might also prove substantial in revealing vital information as to the origin of the solar system.

What did Chandrayaan- 1 find?

When the Indian Space Research Organisation launched the first ever satellite in its Chandrayaan mission, Chandrayaan- 1 as it was called, it had three primary objectives which included-

The mission ended up in finding the following observations-

It’s not so much in the objectives than in the level of advancement and modernity that Chandrayaan- 2 and Chandrayaan- 1 are distinct. The differences are mainly strategic and very structural. The most significant of the difference however has to be the latter’s complexity as a mission, owing to it having to necessarily make a soft landing rather than crashing on the Moon’s surface, unlike its predecessor.

Chandrayaan- 2 will be aiming to ‘take- off’ on the leads generated by Chandrayaan- 1 and employing a rover to conduct a more extensive study of the lunar surface. The success of Chandrayaan-2 as a moon mission is also vital in the international stage, given that the information compiled by it will set up the future lunar base proposed by the National Aeronautics and Space Agency under its Artemis program.

Chandrayaan- 1 carried five ISRO payloads and six from foreign space agencies including NASA, ESA, and the Bulgarian Aerospace Agency, but its successor wasn’t expected to carry any because of weight restrictions. However, Chandrayaan-2 did indeed end up carrying a small laser retroreflector from NASA to help scientists measure exact distances to the Moon and lunar libration.

In many aspects, Chandrayaan- 2 is expected to be the expeditor in expanding India’s space footprint. Whether it be discovering water on the moon or correctly theorising as to where the water came from in the first place, ISRO and the Chandrayaan mission is crucial to space prospects. No wonder, ISRO is touted to be closer than ever to NASA (when it comes to exploring space) as it would hopefully be to the Moon!

July 22nd, 2019 will go down in Indian space history as a remarkable day. ISRO is sure acing it, the desi style! 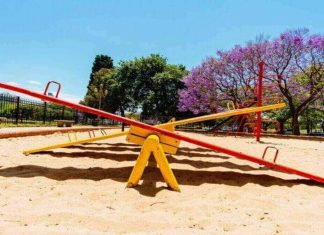