As India remains well on course to emerge as a digital economy in the wake of Prime Minister Narendra Modi’s Digital India initiative, the Government has been at the forefront in leading the digital transformation. With a number of mobile apps launched to avail citizens of various services by the government, the digital scenario indeed is shaping up attractively. Here is a list of 29 government apps that are proving to be of seriously good help to the Indians-

The official app of the initiator of the Digital India initiative, the Narendra Modi App provides an overview of the Indian Prime Minister’s latest and updated activities.

From interacting directly with the PM through messages and emails, as well as contributing through to-do tasks, the Narendra Modi App is revolutionary in that it is the first ever app exclusive to any political leader.

Apart from providing an insight of the life and activities of Modi, the app also acts as a platform for users to listen to the PM’s ‘Mann ki Baat’ episodes as well as read his blogs.

A citizen centric app that aims to address the massive issue of vulnerable children in India, the Khoya Paya App allows for quick update of information about missing children. From aiding in the search for lost kids through establishment of contacts to depicting the month wise missing and sighting trend, the app is aimed at making India a safer place for children and citizens alike.

To promote the notion of Incredible India as a focussed goal of nation development, the Incredible India App acts as a handy guide to tourists willing to explore the wonderland that is India.

The Ministry of External Affairs of the country has developed the MEAIndia App to ensure transparency and easy navigation of its various services and activities to enhance the reputation of India as a citizen centric country.

Virtual lawyers and experts come to the rescue for people looking to exercise their Right to Information through this app. Online RTI allow citizens to file RTIs without having to physically go through the rigours of the lengthy process.

The mPassport Seva app minimises the hassle of the passport application process for citizens who can opt for the digital way to apply for a passport. From tracking the application status to various other related services, the mPassport seva is one of the most helpful applications developed under the aegis of the government.

Making financial contribution to the families of Bharat’s Veers, the soldiers of the Central Armed Police Forces is made easier for the intending citizens through this app.

Catering to those Non resident Indians who live away from their country, the MADAD app, as the name suggests, aims to assist those in distress in a foreign land.

The largest railways in the world, the Indian Railways’ attempt at providing an enhanced and enriching travelling experience to its users has been sought to be materialised digitally through the IRCTC app.

The UTS app is one of the most helpful, on the go apps of the government that allows for booking of unreserved tickets with the Indian Railways.

Providing students easy access to information about various scholarships on offer under a number of central and state government schemes is the official app of the National Scholarships Portal.The app seeks to simplify the process of applying for scholarships through exclusive coverage of all related schemes.

An equivalent of the mPassport Seva app is the Aaykar Setu app that allows for citizens to directly apply for PAN while also paying taxes and enquiring about tax related issues.

The ePathshala is a really helpful app for academicians, teachers and students across the country to gain easy access to digital books and other study material through this platform.

Another handy app catering to the needs of the country’s academia is the eBasta app which provides easy access to ebooks and other study material, while also allowing for creation of the same.

From blocking spam messages and calls to addressing issues related to misuse of the net, mKavach is the one stop mobile security solution app of the government.

Information that are vital to agriculture like market prices of crops, weather updates and other such information are sought to be made easily available to farmers through the Kisan Suvidha app.

A unified platform that brings together all government departments and their services to provide the citizens unrestricted access in one place, the UMANG app provides seamless integration with other Digital India Services through the mobile first strategy to leverage mobile adoption trends.

In line with the pursuit of ensuring fair and hassle free elections in the country, the Voter Helpline app by the Election Commission of India allows for eligible voters to apply for voter ID cards while also obtaining an over view of the electoral rolls.

The MySpeed app of the Telecom Regulatory Authority of India allows users to provide information relating to their data speed, coverage area as well as network related issues for an enhanced internet experience.

Digital conduct of financial transactions has been made easier through the Unified Payment Interface-based app BHIM. As one of the foremost steps in transforming India into a digital economy, digital transaction of money has been sought to be made fuss free by the Indian Government through this app.

For locating the nearest police station in case of an emergency as well as to having access to other police details including the numbers of district police control rooms, the Indian Police on Call is another useful app of the government of India.

Various government guidelines and initiative relating to startups can be obtained through the Startup India app with ease and accuracy.

Various queries related to the GST and the prevailing GST rates can be obtained by entrepreneurs and businesses through this app, without the financial burden of having to look after tax matters manually.

For those citizens willing to volunteer for various government departments, the DigiSevak app provides an easy platform for interested people to identify the department they can render their services to based on their skills and interest.

An app that allows the creation of copies of driving license, vehicle registration certificate and other vehicle related documents as well as providing options for their digital storage, the mParivahan is another utility app by the Government of India.

MyGov app is a connecting interface between the citizens and the government of the country, that allows for users to put forward their ideas and suggestions about and regarding the government. 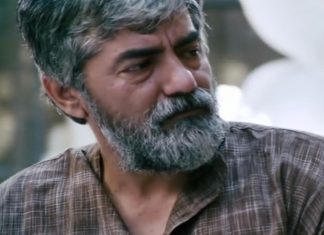 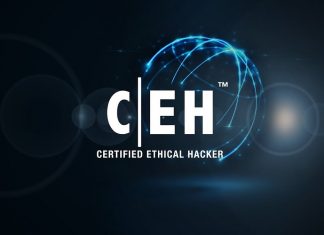